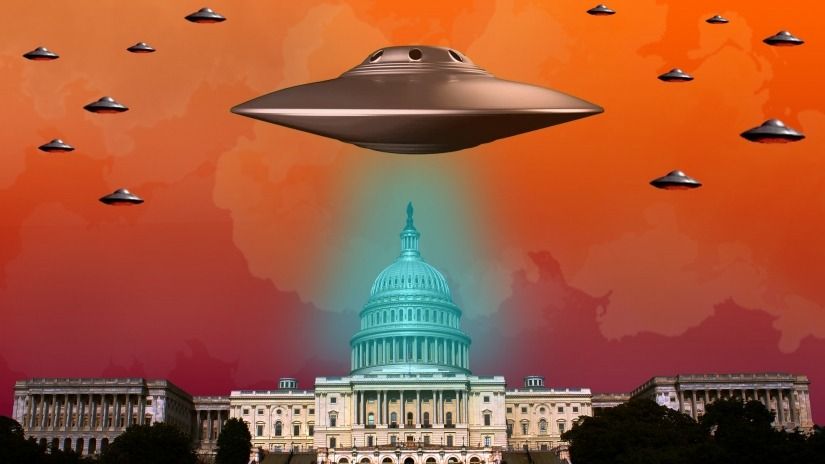 UFO Sightings May Be Falling, but Congress is Still Paying Attention

• The AATIP was the brainchild of the then Senate majority leader Harry Reid, and much of the work was contracted out to Bigelow Aerospace, run by former budget hotel magnate and believer in extraterrestrial visitation, Robert Bigelow. Now, some of the people formerly involved with the project, including the DIA official who ran it, Luis Elizondo, have joined “To The Stars Academy of Arts & Science”, fronted by Tom DeLonge, the former vocalist/guitarist of the pop punk band Blink-182. Their mission is “to explore exotic science and technologies … that can change the world”.

• The UFO phenomenon should not be judged by number of sightings, which has decreased, but by the compelling nature of the evidence: reports from pilots on different flights; visual sightings corroborated by radar; photos and videos regarded as genuinely intriguing by intelligence community. The term “UFO” itself has become as obsolete, usually referring to an extraterrestrial “flying saucer”, which may or may not be the case. The new “Unidentified Aerial Phenomena” (UAPs) is a term not automatically associated with ETs.

• But Congress needs to get past debates over terminology and statistical analyses to focus more on the quality of reports in a far more meaningful assessment of the phenomenon. Irrespective of the outcome, these might turn out to be the most fascinating Congressional hearings in history.


There’s renewed interest in the UFO phenomenon and it’s coming from an unexpected source: the United States Congress.

The Senate Armed Services Committee is looking into a 2004 incident where US Navy pilots flying with the USS Nimitz strike group encountered, chased and filmed fast-moving unidentified objects. Reliable sources say at least two of the military pilots involved have already been interviewed, and a radar operator was subsequently invited to get in touch.

In parallel, the House Armed Services Committee is taking an interest. Records from April show the committee received a Defense Intelligence Agency (DIA) briefing on the Pentagon’s UFO project, the cryptically-named AATIP. We know so little about AATIP that there’s even dispute over whether the acronym stands for Advanced Aerospace Threat Identification Program or Advanced Aviation Threat Identification Program. The very existence of the project caused a sensation, because until the New York Times broke the story in December 2017, the US government claimed it had not investigated UFOs since the 1960s when sightings were looked at in a study called Project Blue Book.

As noted in the Guardian recently, data from two civilian UFO research organisations show that the number of reported sightings has fallen in recent years. However, there’s no single, global focal point for reports (the Ministry of Defence stopped investigating UFOs in 2009) and statistics will never tell the full story.

It would be better if the phenomenon were assessed and judged not on numbers alone, but by focusing on cases where we have compelling evidence: independently submitted reports from pilots on different flights; visual sightings corroborated by radar; photos and videos regarded as genuinely intriguing by intelligence community imagery analysts. Irrespective of the methodology we use to assess the phenomenon, how can we do so in an even-handed way when the subject has so much pop culture baggage?