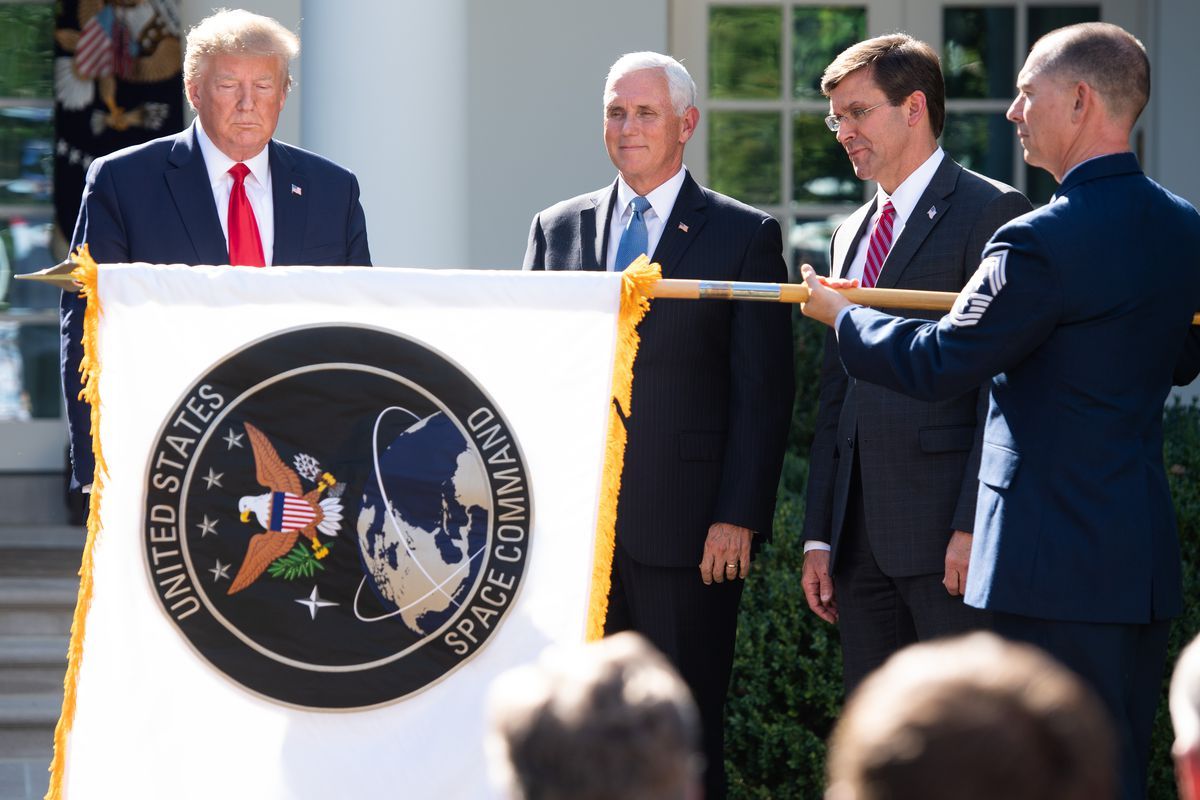 Trump Launches Space Command: Will They Fight Aliens And UFOs?

• On August 29th, President Trump announced the reactivation of the United States Space Command at a White House ceremony. But the new command of the US Armed Forces won’t be fighting invading aliens or UFOs. The US Space Command is designed to meet the threat presented to U.S. military satellites by the increasingly sophisticated anti-satellite capabilities of Russia and China. Said President Trump, “Those who wish to harm the United States, to seek to challenge us on the ultimate high ground of space, it’s going to be a whole different ballgame.”

• The US Space Command was originally established in 1985 to coordinate the use of outer space by the United States Armed Forces, but was stood down in 2002. In 2018, the Department of Defense (DoD) announced the US Space Command would be reestablished as the eleventh unified combatant command under the DoD, similar in status to US Special Operations Command, US Cyber Command, US Pacific Command and US Central Command.

• The 2019 National Defense Authorization Act, signed into law in 2018, directed the reestablishment of the US Space Command under the US Strategic Command. But in December 2018, President Trump directed that the US Space Command be re-established as a full ‘unified combatant command’ with full responsibilities for fighting wars in space. It is seen as a predecessor to Trump’s US Space Force, which will ultimately become the sixth military service in the armed forces, similar to the US Army and US Navy.

• US Air Force General John W. Raymond is the current Commander of the Air Force Space Command, and he will concurrently command the US Space Command as well. Said General Raymond, “We no longer have the luxury of treating space superiority as a given. There is a growing threat. The scope, scale and complexity is concerning.” General Raymond listed the threats that the US Space Command will deal with, including jamming of GPS communication satellites, directed energy weapons, and ground to satellite missiles which China demonstrated in 2007.

The defunct United States Space Command (USSPACECOM) was reactivated as a unified combatant command (UCC) of the Department of Defense (DoD) in ceremonies presided over by President Donald Trump at the White House on Thursday.

USSPACECOM was originally established in 1985 to coordinate the use of outer space by the United States Armed Forces but was stood down in 2002. In 2018, DoD announced USSPACECOM would be reestablished as a unified combatant command.

“We no longer have the luxury of treating space superiority as a given,” said Gen. Raymond on Thursday.
“There is a growing threat. The scope, scale and complexity is concerning.”