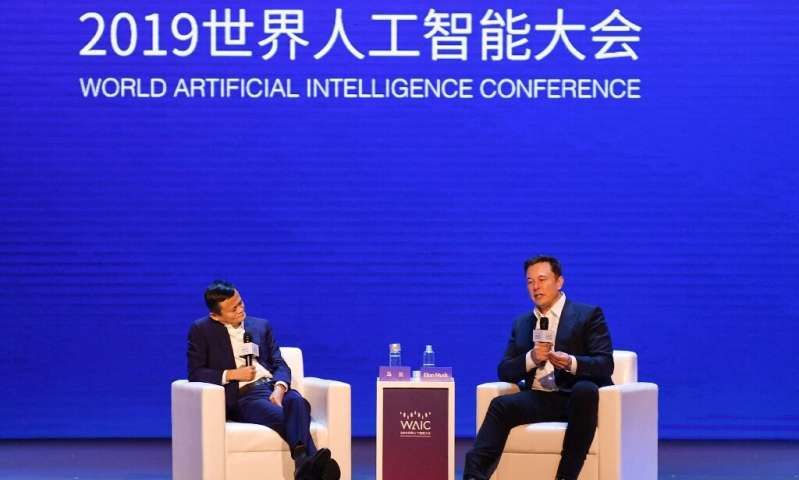 Elon Musk: We Haven’t Been Talking To Any Aliens

• During a recent tech conference, (the World Artificial Intelligence Conference in Shanghai), Tesla and SpaceX honcho Elon Musk addressed a few questions about the future of mankind.

• With regard to speculation about the US Government being in contact with extraterrestrials and covering up their existence from the public, Musk said: “There are people out there who think we have found aliens. Trust me, I would know. We have not.” Just how would Musk know all that the US government knows? By launching payloads into space for NASA and the military via rocket technology? Given his predilection for Twitter and social media rants, why would top government officials reveal anything to Musk?

• The tech mogul also made fun of the military/CIA base in Nevada known as Area 51. Said Musk, “People ask me if I have been to Area 51. Ok, please. SpaceX actually has area 59 and it’s eight better than area 51.”

• Musk was vocal about the importance of exploratory missions to Mars, particularly if something were to happen to the Earth. We only have a limited window of technological supremacy before a natural or man-made catastrophe renders humanity stranded on this planet. We need to make an effort to expand the human presence to planets beyond the Earth, and we have little time to waste. Otherwise, humanity could become just a ‘footnote in cosmic history’.

• [Editor’s Note]   It appears that Elon Musk’s job is to toe the Deep State line that extraterrestrials do not exist, that Area 51 is unimportant, and that rocket propulsion is the extent of our current technology. He then throws in a bit of fear mongering that humanity could be doomed if we don’t advance the human presence beyond the Earth. All of this proves without a doubt that the South African billionaire is a Deep State asset. Musk certainly has the resources to learn the truth: that the cosmos is teeming with an infinite variety of extraterrestrial life, much of it far superior to humans in technology and spiritual consciousness; that Area 51 is a major focal point for research in extraterrestrial physiology and technology; and that there is an elite human “breakaway civilization” that has not only harnessed but currently employs propulsion technologies far in advance of combustion.  Their secret space programs have already extensively established off-planet operations centers, military bases, and civilian work colonies on the Moon, Mars, and throughout the solar system – and even beyond our star system far into the galaxy. Musk certainly knows all of this. So he is either complicit with the Deep State puppet masters, or he has been brain-washed to lie to the public. Was this the price he had to pay to get the NASA/military contracts to transport payloads into space, in order to save his foundering Tesla corporation?

What does Tesla and SpaceX honcho Elon Musk know that he’s not telling the rest of us? Perhaps a lot. Maybe nothing. I don’t know, but during a recent tech conference, Musk addressed a few questions about the future of mankind, space travel and “dem aliens” that left people in the audience scratching their heads. First of all, is the U.S. Government hiding information about extraterrestrial species from the public? Nope. He also dissed Area 51, but I’m pretty sure that part was just a joke. (Express.co.uk)

The tech mogul dismissed speculation about the US Government being in contact with aliens and covering up their existence from the public. He said: “There are people out there who think we have found aliens. Trust me, I would know: We have not.

“People ask me if I have been to Area 51. Ok, please. SpaceX actually has area 59 and it’s eight better than area 51.”
Mr Musk also spoke out about the importance of future exploratory missions to Mars, particularly if something were to happen to the Earth.

What exactly is going on here? I’m really hoping this wasn’t another example of him, er… “indulging” himself as he did on Joe Rogan’s show before taking the stage. But let’s give him the benefit of the doubt and say that he’s not.

If Musk can state definitively that our government doesn’t have any additional information about possible extraterrestrials visiting the Earth, how would he have come by this information? Granted, he’s done a lot of work with NASA over the past decade and I’m fairly sure he’s even launched a few payloads for our military. But that doesn’t mean that they would spill the beans on absolutely everything to him.