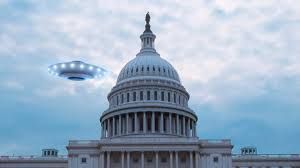 Ufologists Need To Be Cautious In Predicting (Full) Disclosure

Salla stated that “a more appropriate research dictum” to use in their cases is that “extraordinary claims require extraordinary investigation” when dealing with those alleging “eyewitness” status to SSP activities.

He noted the extreme difficulty of such individuals producing physical evidence of their observations, especially considering the dangers to them stemming from the national security implications of their experiences.

I see great merit in his position and would add a further modification when it comes to those making predictions of imminent (Full) Disclosure.

Ufologist Richard Dolan is famous for a cautious, meticulous approach to all things extraterrestrial. I would, therefore, label my recommendation the Dolan Corollary to the Sagan/Salla Thesis and require Disclosure proponents demonstrate “extraordinary caution” in their remarks.

Back in early May, PRG Ex Dir Steve Bassett announced that “Full Disclosure is imminent”, something he has done in the past as I pointed out here.

More recently, Robert David Steele stated that:  David Wilcock is certain that President Donald Trump — who is fully familiar with both free energy and stellar civilization — wants to do disclosure in September.

Perhaps……but I strongly doubt that will happen.  Wilcock has been predicting Disclosure for years now.. Both he and Steele are brilliant and hard-working…….but often wrong in their predictions.  I appreciate
their enthusiasm and confidence but wishful thinking is no substitute for accurate forecasting.

I urge greater caution in such matters as a way of insulating Ufology from attacks that it is the delusional rantings by the tin-foil hat crowd and conspiracy theorists.

I am often guilty of making predictions because of my urgent desire to share with others what I believe is  about to happen. But I style such writings “speculative musings” a way of diffusing their impact and lessening
their ability to mislead readers into accepting them as totally accurate.

Ufology is a serious matter that has played a significant role in human history but which is often distorted or  shrouded in secrecy by those with hidden agendas bent on maintaining their power.

Adoption of the Dolan Corollary while maintaining respect for Sagan’s mandate and Salla’s valuable insight may well accelerate the potential for (Full) Disclosure.  By creating an atmosphere where leaders feel a higher comfort level with the risks associated with transparency, the UFO community may achieve an end to the Truth Embargo in the near future as its most ardent advocates desire.