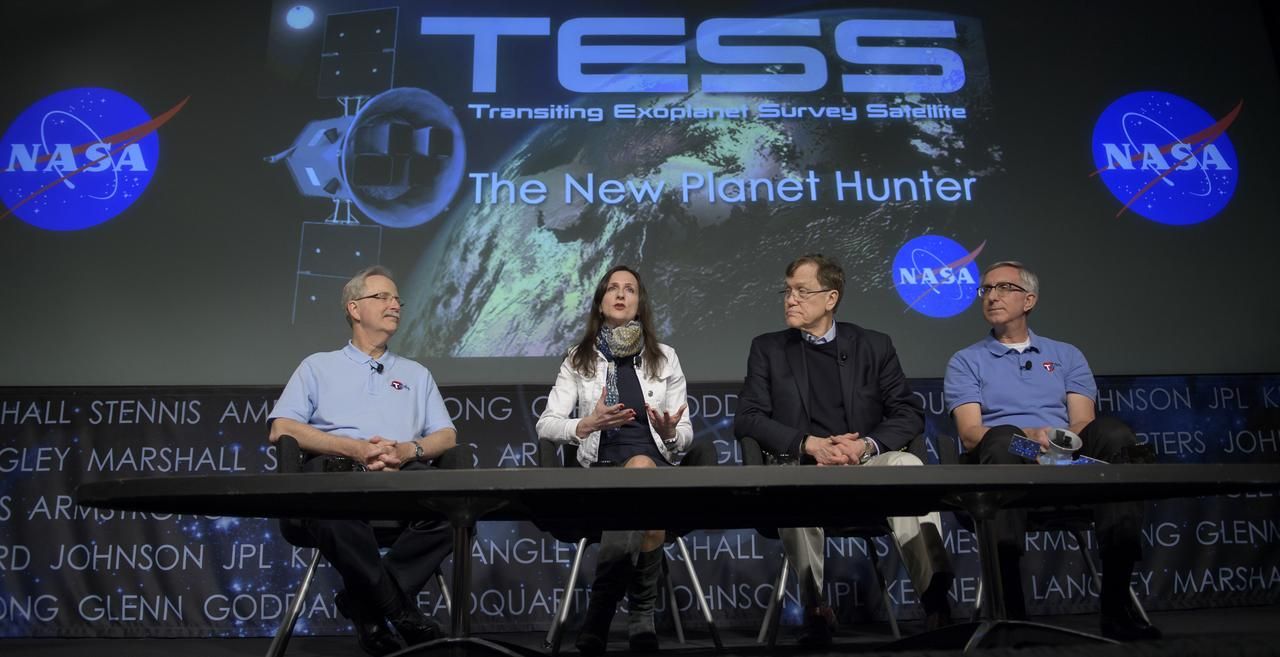 Listen to “e168 Finding ET Could Take Long Time – Scientist Reveals Why This is Good” on Spreaker.

• Sara Seager is an astronomer at the Massachusetts Institute of Technology (MIT) and the deputy science director of NASA’s Transiting Exoplanet Survey Satellite (TESS). The TESS space telescope uses an array of wide-field cameras to survey 85 percent of the sky to study the mass, size, density, and orbit of exoplanets, and telltale brightness dips potentially indicating planetary “transits” across its star. By analyzing data from TESS, scientists will determine which distant planets they should focus on in the search for extraterrestrial intelligence.

• Breakthrough Listen and the Berkeley SETI Research Center recently announced they are partnering with NASA to use its TESS space telescope to assist SETI in its search for exoplanets that may harbor extraterrestrial intelligence (see previous ExoArticle). Said Ms Seager, “We are very enthusiastic about joining the Breakthrough Listen SETI search.”

• Findings such as other earth-like exoplanets, evidence of the past existence of water on Mars, and habitable moons in our solar system suggest conditions for life are not unique to our planet. However, there is yet to be any concrete evidence of the existence of aliens. But scientists believe it will come. But when the discovery of other life in the galaxy does come, it is likely to be a gradual process. Speaking on a panel at the (70th annual) International Astronautical Congress in Washington DC (October 21-25, 2019), Ms Seager stated, “[W]hen alien life is found, it will …[be] a painstaking process where study after study will have to confirm alien existence.” “[N]ot like the little green humanoids arriving here on earth scaring everybody.” “It’s probably going to take a long time,” which will help humanity process the concept of extraterrestrial life. Ms Seager concluded: “Out of all the exoplanet endeavors (in the world) only SETI holds the promise for identifying signs of intelligent life.”

• [Editor’s Note]  Let’s see. An astronomer at MIT with the most advanced technology in the world at her disposal, is saying that there is no evidence of the existence of extraterrestrial life beyond this planet. But when it happens, it will be a long and painstaking process of discovery. Sounds suspicious. Ah! Of course. They are being assisted by the Deep State puppet show known as SETI. Now it makes sense. Just more disinformation intended to assure the public that there is no such thing as UFOs and extraterrestrial beings visiting the planet, all evidence to the contrary.

Ms Seager says that the process of discovering extraterrestrial life will be very long. What exactly does she mean? Her line of thought probably goes something like this: First, SETI will one day announce the great discovery of an exoplanet with unmistakable signs of extraterrestrial intelligence. Then we’ll spend fifty years sending signals back and forth. Language “experts” will spend another fifty years formulating some sort of communication with them. Then we’ll decide on a mid-point between our planets where our representatives can meet, and set out for a hundred year journey to that rendezvous. Under this presumption, it would take a thousand years or so before we would be technologically able to visit each other’s planet. Yes, given Newtonian physics and this myopic perspective, it certainly would take a looooong time.

But this planet has been visited by various extraterrestrial groups for hundreds of thousands, perhaps millions of years, influencing each stage of life and civilization. A hundred years ago we reached a level of technology that caught the attention of the various ET groups that operate in the background today. With the detonation of the first atomic bomb, both benevolent and negative ET groups began working with world military leaders and governments, and several of them met with President Eisenhower during the 1950’s. The new shadow government killed JFK to prevent him from disclosing all of this to the public, and then set up a secret cultural exchange program between Eben beings from the planet Serpo and American astronauts who went to Serpo in the early 1960’s and returned in the mid-1970’s. The world’s wealthy elite allied themselves with a group of negative ET beings in return for advanced technology that would allow them to create several secret space programs. Mind-controlled Deep State operatives were charged with maintaining this secrecy by any means. Mass mind control is the most common method.

People believe what has been drilled into them since birth. Their cognitive dissonance won’t allow them to contemplate anything except the agreed upon “scientific” narrative, as promulgated by the Deep State education system. Since humans “evolved” unassisted from a primordial soup under unique circumstances, these brain-washed scientists and academics like to point out the tremendously long odds of there being any other intelligent life in the universe. Surely there can only be a minimum of other intelligent beings that also developed by accident and happen to be at our level of technological skill at this same moment in time – if any. And as this universe is so vast, it would be a miracle that the two or three intelligent civilizations in the universe happened to find one another. And if we ever did meet an alien being, it would be so different from humans that we might not be able to effectively communicate with it, or even recognize it. The message from our most educated scientists is that the odds of humans ever finding another extraterrestrial civilization is so impossible, that for the average person its not worth even thinking about. … ‘Move along. There’s nothing to see here. Move along.’

The reality is that our universe is teeming with life. Virtually every star system in the galaxy is home to an extraterrestrial civilization. Here in our particular cluster of 52 stars, most of these civilizations are human-like, according to Corey Goode, and they are all watching and waiting to see if our time has finally come. Will we wake up to this deception that has stolen our reality, and join with our human cousins in the Galactic Federation? Will we overthrow the elite cabal and embark upon a new era of humanity on earth, with instant access to the advanced technologies that can solve our existing societal and environmental problems, and make it possible for us to expand our presence into the galaxy as we are meant to do?

The possibility of extraterrestrial life has intrigued humanity for centuries, but recent discoveries seem to prove that we are edging closer to the discovery. Findings such as Earth-like exoplanets, the past existence of water on Mars and habitable moons in our solar system suggest conditions for life are not unique to our planet. However, there is yet to be any concrete evidence of the existence of aliens, but scientists believe it will come.

But when that discovery does come, it is unlikely to be instantaneous, but rather a gradual process.

Sara Seager, an astronomer at the Massachusetts Institute of Technology (MIT) who focuses on detecting exoplanets, said when alien life is found, it will not be how the movies depict it where extraterrestrials invade Earth, but a painstaking process where study after study will have to confirm alien existence.

Speaking on a panel at the International Astronautical Congress in Washington, Ms Seager said: “It’s probably something that’s going to be a slow discovery, not like the little green humanoids arriving here on Earth scaring everybody.

Just a few weeks ago, Breakthrough Listen, an organisation which scans the stars in the hope of finding alien signals, bosses said they will collaborate with scientists on TESS – which looks for planets outside the solar system.

By analysing data from TESS scientists will be able to determine which distant planets they should focus on in the search for extraterrestrial intelligence (SETI).