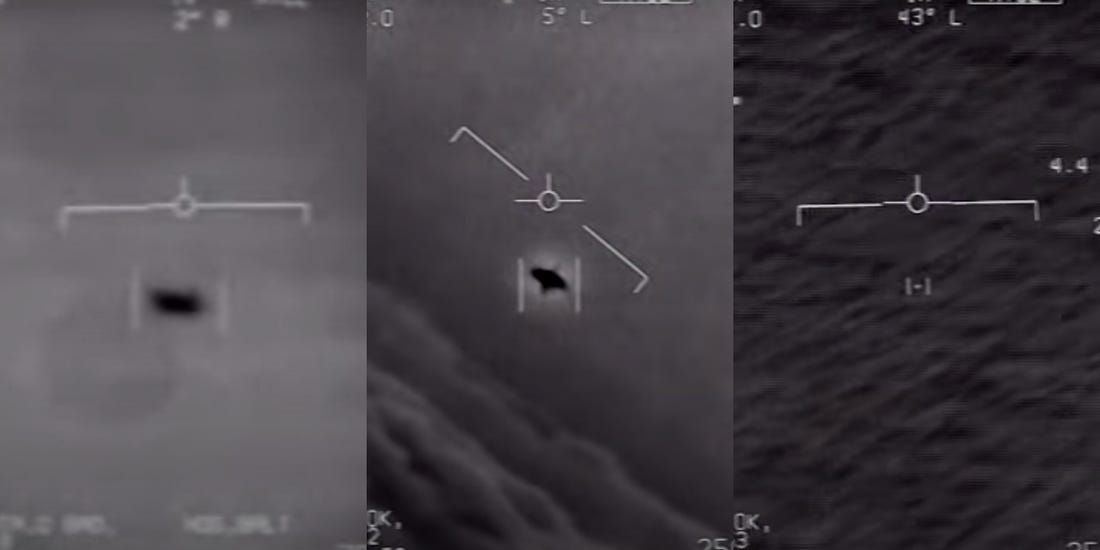 • Between December 2017 and March 2018, Tom DeLonge’s ‘To The Stars Academy of Arts & Sciences’ first released three US Navy videos of UAPs/UFOs. One of these was the infamous “Tic Tac” UFO from 2004 which Navy pilot David Fravor remarked, ‘moved in ways he couldn’t explain’, “like a ping pong ball, bouncing off a wall.”

• Also revealed was the existence of a classified Pentagon UFO program launched in 2007 at the behest of former Nevada Senator Harry Reid. The program was allegedly ended in 2012. The former head of the Pentagon program, Luis Elizondo, said in 2017 that he personally believes “there is very compelling evidence that we may not be alone.” “These aircraft,” said Elizondo, “… are displaying characteristics that are not currently within the US inventory nor in any foreign inventory that we are aware of.” Elizondo resigned from the Defense Department in 2017 in protest over the secrecy surrounding the program and the internal opposition to funding it.

• In September 2019, the Navy acknowledged the veracity of the videos. Now, the Pentagon has officially released these same three short UFO videos taken by Navy pilots on infrared cameras – one in 2004 and two others in 2015 – “in order to clear up any misconceptions by the public on whether or not the footage that has been circulating was real, or whether or not there is more to the videos,” said Pentagon spokesperson Sue Gough.

• Former Senator Reid tweeted that he was “glad” the Pentagon officially released the videos, but that “it only scratches the surface of research and materials available. The U.S. needs to take a serious, scientific look at this and any potential national security implications.”

• A spokesperson for Virginia Senator Mark Warner told CNN last summer, “If pilots at Oceana (Master Navy Jet Base in Virginia Beach) or elsewhere are reporting flight hazards that interfere with training or put them at risk, then Senator Warner wants answers. It doesn’t matter if it’s weather balloons, little green men, or something else entirely — we can’t ask our pilots to put their lives at risk unnecessarily.”

been released by a private company.

The videos show what appear to be unidentified flying objects rapidly moving while recorded by infrared cameras. Two of the videos contain service members reacting in awe at how quickly the objects are moving. One voice speculates that it could be a drone.

The Navy previously acknowledged the veracity of the videos in September of last year. They are officially releasing them now, “in order to clear up any misconceptions by the public on whether or not the footage that has been circulating was real, or whether or not there is more to the videos,” according to Pentagon spokesperson Sue Gough.

“After a thorough review, the department has determined that the authorized release of these unclassified videos does not reveal any sensitive capabilities or systems,” said Gough in a statement, “and does not impinge on any subsequent investigations of military air space incursions by unidentified aerial phenomena.”