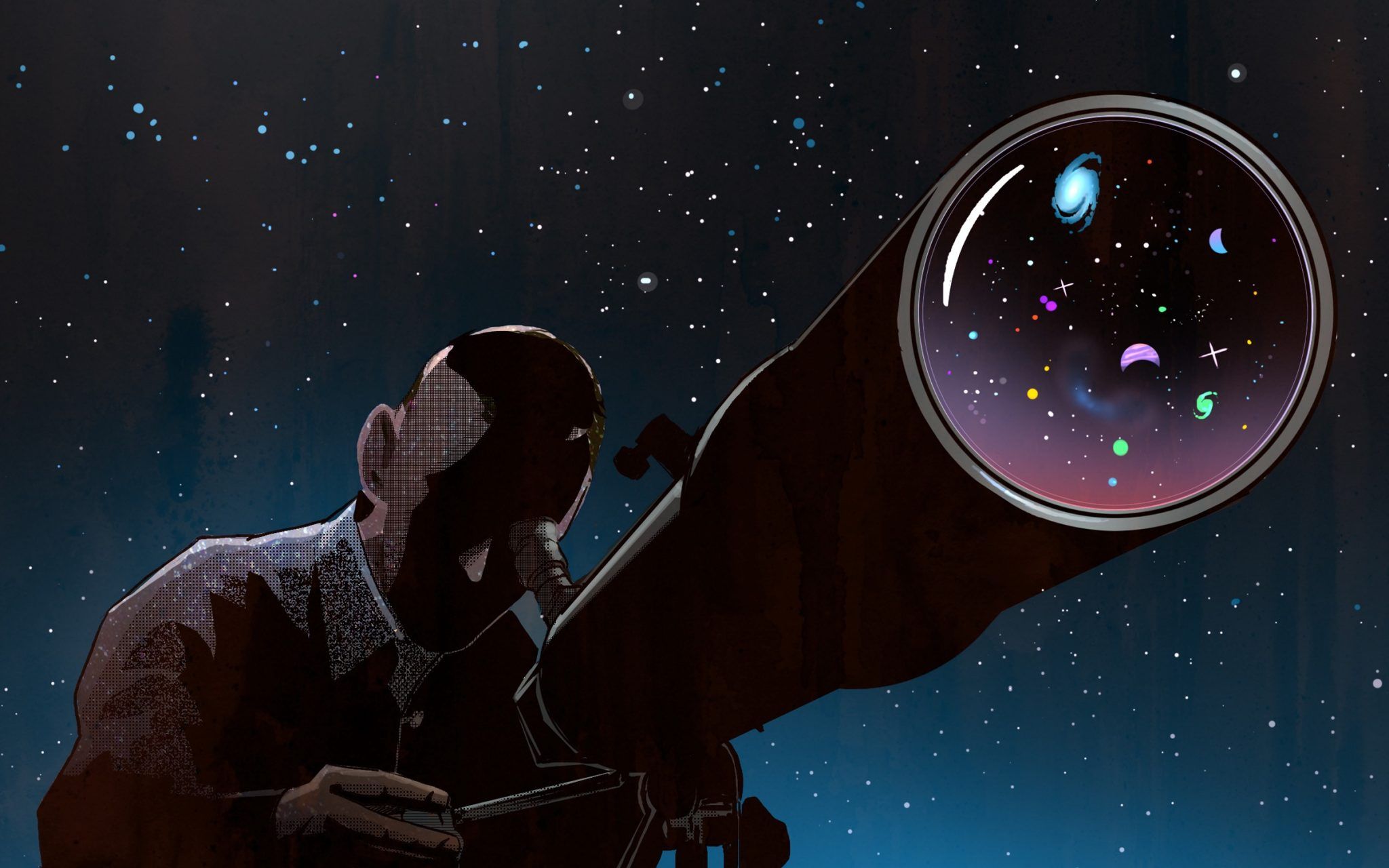 ET Life as We Don’t Know It

• This blog article’s writer, Wade Roush, has written a book entitled Extraterrestrials which attempts to explain why, after sixty years, SETI (the Search for Extraterrestrial Intelligence) has never found a hint of advanced extraterrestrial life. At its inception in the 1960s, SETI assumed that the best way to discover ET was by monitoring radio and optical frequencies. But as Nathalie Cabrol of the SETI Institute wrote, “[S]o far, in our quest to find ET, we have only been searching for other versions of ourselves.” The flaw in SETI’s approach is that it has been too ‘Earth-centric’ and ‘human-centric’.

• SETI’s focus has been on exoplanets within the “habitable zone” of a star system, where water remains in liquid form. But we didn’t understand how adaptable life can be. We’ve found life in places with crushing pressures and scalding temperatures, and even inside nuclear reactors where living organisms feed on radiation.

• In 1985, when Roush was a college journalist, he was ‘star-struck’ while covering a Harvard symposium inaugurating the Megachannel Extraterrestrial Assay (or META), which was attended by his heroes Carl Sagan and Steven Spielberg. It felt like the launch of a voyage that would finally turn science fiction into science reality. If you’d told the assembled scientists that 35 years would go by without SETI, META, or any of its successors detecting even a hint of an ET signal, they’d have reacted with disbelief.

• It’s time to move beyond the idea that extraterrestrials would think like us or use technologies like ours. We should continue to listening for technosignatures and look for industrial biosignatures on exoplanets, but we should also expand the search beyond familiar sun-like stars and red dwarfs. Beings who evolved in exotic environments might have very different sense organs and neural systems. We need to get outside of our own heads and think more like aliens. We need new observing and filtering systems that look for the kinds of messages that exotic beings might be sending.

• [Editor’s Note]  Now that SETI has wasted sixty years’ worth of funding searching in vain for extraterrestrial signals, scientists are preoccupied with debating ‘why’. There is no doubt that SETI is funded and run by the deep state. Carl Sagan himself was a member of deep state UFO control group, Majestic 12. So, from the perspective of its cabal overlords, SETI’s perfect record of finding and reporting absolutely no sign of intelligent extraterrestrial life for six decades has been an unmitigated success. For sixty years, they’ve been trying NOT to find ET life in the galaxy as part of the deep state’s objective of convincing the public that extraterrestrials do not exist. They don’t want the public knowing that the deep state government routinely works with alien beings, utilizing alien technology exclusively for the benefit the cabal ‘elite’. And ‘journalists’ like Wade Roush are either naïve and uninformed, or they are compromised deep state puppets.

In 1985, when I was a baby journalist writing my first college newspaper story, I covered a symposium at Harvard inaugurating the Megachannel Extraterrestrial Assay (META), a computer system designed by physicist Paul Horowitz to sift through millions of narrow radio channels for signals from other civilizations.

Carl Sagan was on hand that weekend to represent the Planetary Society, which had helped fund the project. So was Steven Spielberg, who’d written a

$100,000 check. Having grown up on Sagan’s Cosmos and Spielberg’s Close Encounters of the Third Kind and E.T.: The Extraterrestrial, I was star-struck. But I was also thrilled to witness what felt like the launch of a voyage that would finally turn science fiction into science reality.

No one at the symposium was rash enough to predict whether or when Horowitz’s project would succeed. But if you’d told the assembled scientists that 35 years would go by without META or any of its successors detecting even a hint of a signal, they’d have reacted with disappointment and disbelief. The aliens ought to be out there; they ought to be broadcasting; we ought to be able to hear them. But a 2020 Astronomical Journal paper detailing a search of 1,327 nearby stars at the highest sensitivity to date found zero candidate signals. So how is it that the Great Silence—to use the title phrase from astronomer Milan Ćirković’s 2018 book— continues?

Well, having just written my own book about the history of that question (Extraterrestrials, MIT Press, April 2020), I’ve come to suspect that there’s something missing in our approach to the search for off-world intelligence. This search is built around the hope that if technological societies are out there, they’re communicating (1) using the parts of the electromagnetic spectrum we can most easily scan from Earth’s surface, namely radio and optical frequencies, and (2) using encoding schemes such as pulse modulation that we can easily recognize. Those assumptions made sense in the early days of SETI in the 1960s, when the field was still a quirky offshoot of radio astronomy.

But today they seem fatally Earth-centric and human-centric. As Nathalie Cabrol of the SETI Institute wrote in a paradigm-busting 2016 Astrobiology paper, “[S]o far, in our quest to find ET, we have only been searching for other versions of ourselves.”