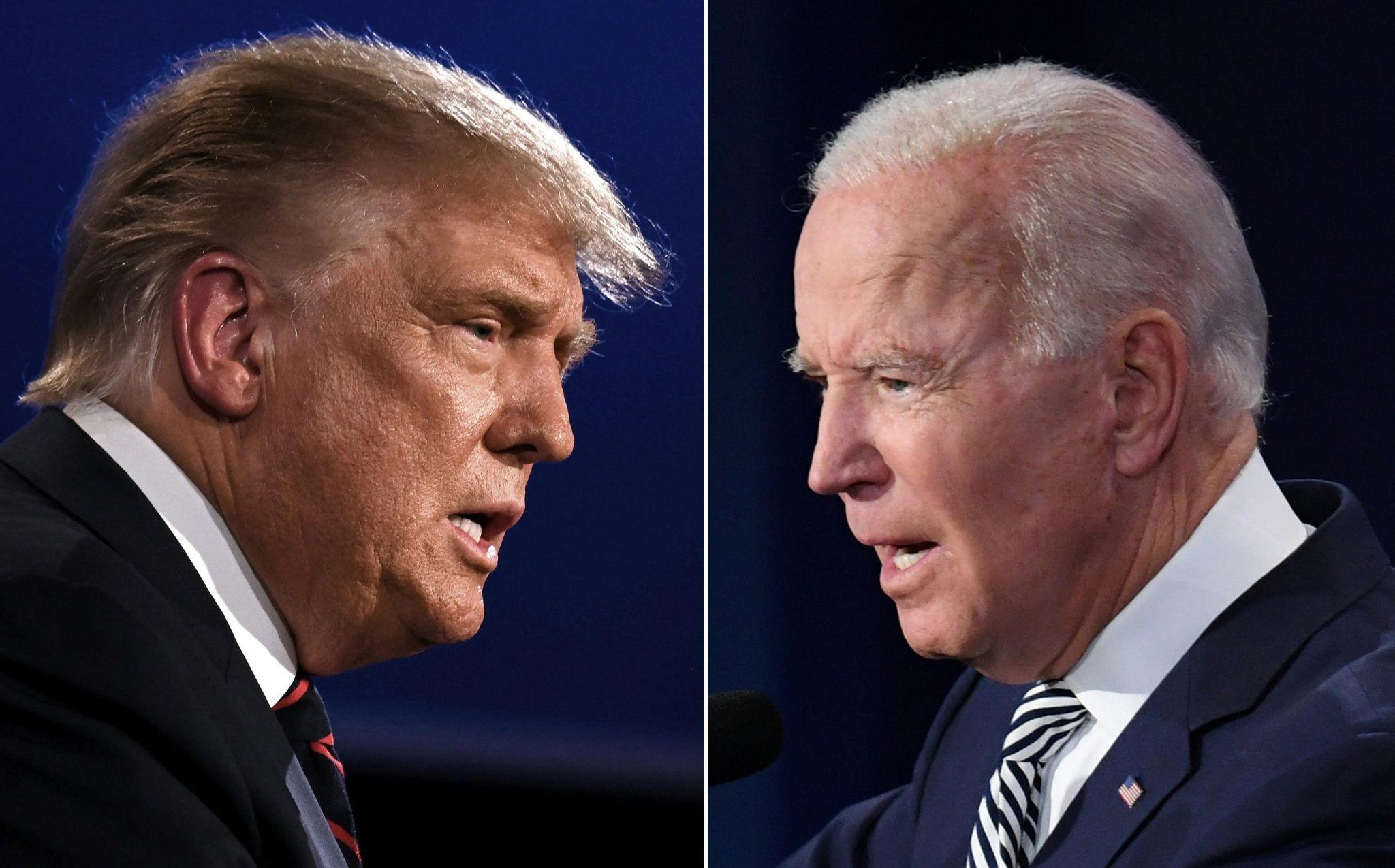 Ask Trump and Biden About UFOs

• On October 22nd, NBC’s Kristen Welker muted the microphones and scrapped the foreign policy focus of the debate to again pour over the pandemic, racial inequity and police reform. But when will a moderator bring up the topic of UFOs, now that the Pentagon has created a UAP Task Force. Would either Donald Trump or Joe Biden release government information on UFO incursions into our air space?

• An article on Newsweek.com (see here) asked “is it really unrealistic that the topic of UFOs could surface at the next presidential debate?” Would Weller set aside her anti-Trump agenda long enough to field a topic like UFOs? No. There are still too many people in mainstream media who are afraid that broaching the subject would make them appear unserious. or even unhinged. Welker has never publicly touched on the topic.

• But that doesn’t mean that it’s not worth asking about or somehow not a valid point of debate. The Newsweek article shows how far the UFO topic has migrated from the realm of paranormal research into the mainstream media. Tucker Carlson hits the subject regularly on Fox News. Both Jake Tapper and Michael Smerconish have done serious segments about UAP incursions on CNN. The New York Times and the Washington Post have both done multiple articles covering these strange craft without making jokes about it.

• President Trump has been asked multiple times about UFOs. He’s never given us an answer beyond saying that he would “check into it”. But at least he hasn’t brushed it off entirely. But we’ve yet to hear anything from Joe Biden on the topic. Medium.com writer Bryce Zabel published a UFO briefing memo (see here) for Joe Biden earlier this year, although there’s nothing to indicate that Uncle Joe looked it over.

• One reporter in New Hampshire kept asking every Democratic presidential candidate during the primaries about their position on UFOs, but somehow never got around to Joe Biden. So we really don’t know if Biden HAS any position at all. If he does wind up winning the election, he really needs to get up to speed. According to former Senator Harry Reid, there is a ton more UFO evidence that the public hasn’t seen, and that UFOs have even shut down some of our nuclear weapons facilities in the past.

• On the other hand, what if President Trump dropped a truth bomb in the run up to the election? Wouldn’t that be a totally ‘2020’ thing to happen right about now?

We’ve already learned some of what we should expect from the final presidential debate this week. For

one thing, we know that the candidates’ microphones are going to be muted at times, possibly to avoid any “spicey” encounters. We’ve also heard that the original, scheduled focus of the debate, foreign policy, has been essentially scrapped by Kristen Welker. She will instead go back to the same list of topics that were dealt with last time, such as the pandemic, racial inequity, police reform, etc. But there’s one subject missing from the list. When will a debate moderator ask the candidates about the Pentagon’s UAP Task Force and whether or not they plan to release government information on UFO incursions into our air space? If you think it’s just me and the ufology enthusiasts asking about this, think again. The question popped up this week at Newsweek.

“2020 has been a shocking year, to say the least, so is it really unrealistic that the topic of UFOs could

surface at the next presidential debate? Believe it or not, some Americans want to see President Donald Trump and former Vice President Joe Biden address the topic of national security in a totally new way on Thursday night.

Bryce Zabel, writer and producer of NBC’s Dark Skies, published a Medium article on Monday that questions if debate moderator and NBC reporter Kristen Welker could bring up the topic of UFOs during the final presidential debate before the 2020 election.”

Zabel makes many good points as usual, but then again, UFOs are sort of his beat. So do I think that Welker will set aside her anti-Trump agenda long enough to field a topic like this? No. I would say the chances are basically zero. There are still too many people in mainstream media who are afraid that broaching the subject would make them appear unserious or even unhinged. I was doing some searching this afternoon and couldn’t locate a single instance where Welker has even touched on the topic.