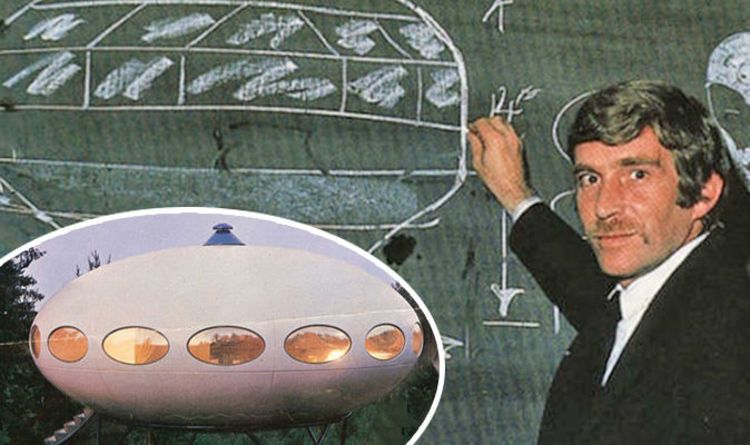 Was Policeman Alan Godfrey Abducted by Aliens After UFO Sighting?

Listen to “e163 Was Policeman Alan Godfrey Abducted by Aliens After UFO Sighting?” on Spreaker.

• In November 1980, police officer Alan Godfrey (pictured above drawing the UFO and human he encountered) was on routine patrol in Todmorden, England (between Manchester and Leeds; see map below) when he saw a bright light ahead. He stopped the car and looked at a diamond-shaped metallic disc with a dome and a row of windows hovering five feet above the ground. As he sketched the object in his notebook, there was a burst of light and he found himself 100 yards farther down the road. The UFO was gone. Godfrey realized there had been “missing time.”

• So Officer Godfrey underwent hypnosis where he recalled being struck by a beam of light which floated him into the craft. Inside the spaceship, he was bathed in an intense white light. A human-like being named Joseph, wearing Biblical clothing, questioned him. Godfrey recalled lying on a table, surrounded by small figures with bulb-like heads where he was physically examined.

• It was only a month after Officer Godfrey’s encounter that a UFO was reported to have landed in Rendlesham Forest, Suffolk, outside RAF Woodbridge.

• This is only one of several sightings which have made the Todmorden area a well-known supernatural hot-spot. On September 4th 2003, a witness reported seeing “six lights that split, at one point becoming eight lights, that were orange and red in color.” On April 22nd 2004, an object was sighted in nearby Queensbury. In the early morning on November 21st 1980, three police officers in Halifax saw a “very bright steel blue flashing light” high in the sky, moving left to right towards the north.

• On July 15th 1995, three people in Halifax reported an object hovering above their house. They said that the object looked like the planet Saturn, with a ring around it, red portholes and four blue lights. It seemed to come down out of nowhere and hovered just feet away. After five minutes, the UFO made jerky movements before moving off in a southwest direction.

Police officer Alan Godfrey was on routine patrol in Todmorden in November 1980.

He had been called out to Ashenhurst and was driving along Burnley Road.

Ahead was a bright light.

He stopped the car. Blinked once – and blinked again.

What stood before him, he says, was a metallic disc with a dome and a row of windows.

He began sketching what he saw in his notebook.

Suddenly, there was a burst of light and he found himself 100 yards farther down the road. The UFO was gone.

Later, under hypnosis, he recalled being struck by a beam of light which floated him into the craft.

There, he says, he met a human-like being named Joseph, whose clothing was Biblical.

Alan says that inside the spaceship he was physically examined and asked questions.

He said what he had first seen was a diamond-shaped UFO, hovering about five feet above the ground in Burnley Road before disappearing.

PC Godfrey said he realised he had suffered “missing time.”

At the hypnosis session, he described being enveloped in an intense white light.

He recalled lying on a table, surrounded by small figures with bulb-like heads.

That was one of several sightings that made Todmorden become well-known as a supernatural hot-spot.