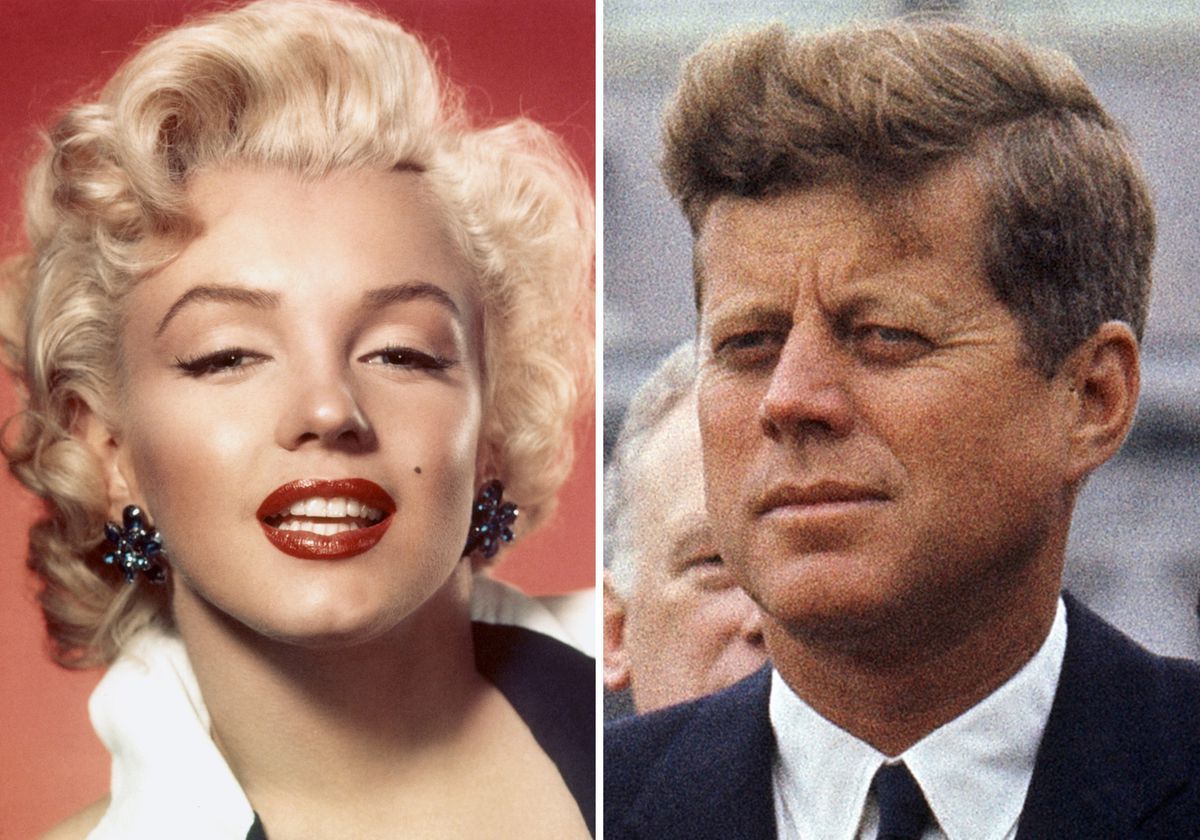 UFO Secrecy Has Changed Our World

• Being from Roswell, New Mexico, Donald Burleson became a UFO researcher and author. He has given numerous lectures at the International UFO Museum and Research Center, especially during the annual UFO festival in Roswell, which had been canceled this summer due to the pandemic. Here, Burleson points out two examples of when the US government “eliminated” high-profile individuals deemed ‘dangerous’ because they knew too much about the hidden reality of an extraterrestrial presence, and “traitorous’ because they were considered ‘at risk’ of revealing the truth to the public.

• In Burleson’s book, UFOs and the Murder of Marilyn Monroe, the real story about how and why the renowned actress died was sufficiently disturbing to break ground “that badly needed breaking”. In 1962 at the age of 36, Monroe became privy to classified information about UFO crash retrievals due to her secret dalliances with President John Kennedy. A famous CIA document, issued the day before she died, states that Monroe knew about “the visit by the president at a secret air base for the purpose of inspecting things from outer space.”

• Monroe happened to talk to several people on the telephone about her plans to have a news conference to tell all she knew from her affairs with both John and Robert Kennedy, including evidence of alien beings kept at a military installation. If this had been revealed publicly, President Kennedy would have been exposed to charges of treason for divulging classified information. Attorney General Robert Kennedy then would have been duty-bound to prosecute his own brother for an arguably treasonous act. Instead, Monroe was murdered by lethal injection to keep her from talking.

• Burleson filed a Freedom of Information Act request for the wiretap transcripts of Marilyn’s telephone conversations referring to JFK inspecting aliens at a military base. Being denied, he filed an appeal based on the bombshell CIA document. The government accepted the appeal, thereby recognizing the authenticity of the CIA document.

• Burleson’s second example involves J. Robert Oppenheimer, the renowned and respected scientist who produce the world’s first atomic bomb, allowing the United States to prevail in World War II. But in 1953, the shadow government didn’t like Oppenheimer’s public opposition to the H-bomb. (Oppenheimer believed the government should focus on tactical nuclear weapons and didn’t have a need to develop the H-bomb.) President Eisenhower caved in to political pressures to revoke Oppenheimer’s top secret security clearance.

• But in truth, the shadow government wanted Oppenheimer out of the picture because he knew too much about the hidden extraterrestrial presence. It is a documented fact that Oppenheimer was part of the government scientific team that was sent to investigate the UFO crash in Aztec, New Mexico in March 1948. It is probable that Truman had also called him in on the Roswell UFO crash in 1947. After he lost his security clearance in 1953, Oppenheimer went before the Atomic Energy Commission in 1954 to try to get his clearance back. The chairman of the commission was Gordon Gray, a member of the secret government over sight group known as Majestic 12, and he knew of Oppenheimer’s involvement in top-secret UFO crash retrievals. No matter how persuasive his letters of support, Gray felt that it was time to take Oppenheimer out of the loop, effectively discrediting and silencing him.

• Burleson and others find it reprehensible that the government would treat a beloved actress and a national hero so badly. He wishes that he could right the wrongs perpetrated on such people by a malevolent government. He correlates his circumstance with that of Cassandra in Greek mythology who was blessed with the gift of prophecy, but cursed to have no one ever believe any of her prophecies. Burleson feels as if he too were cursed by the gods to be given the ability to see and reveal the truth of a shadow government acting only upon its own malevolent agenda — while it being too late to do the victims any good. But we can at least try to do something about the quality of their memory.

The cancellation of the 2020 Roswell UFO Festival because of the coronavirus pandemic has set me thinking about lectures I’ve done myself at the International UFO Museum and Research Center for that yearly extravaganza, based on my own research.

I recall the first lecture I did on the contents of my book “UFOs and the Murder of Marilyn Monroe,” where I had the feeling that by putting those facts before an audience, we were starting to break some ground that badly needed breaking. The real story about how and why the timelessly renowned actress died is a stunningly disturbing account.

Basically, the argument I make in the book is that Marilyn Monroe was murdered by government people, in 1962 at the age of 36, because in her dalliances with President John Kennedy, she became privy to classified information about UFO crash retrievals.

A now famous CIA document, issued just the day before she died, states that one secret she unfortunately knew about had to do with “the visit by the president at a secret air base for the purpose of inspecting things from outer space.” (I’m quoting exactly.) When I filed a Freedom of Information Act request for the wiretap transcripts of Marilyn’s telephone conversations, the CIA declined to admit having them, and I filed an appeal based on the CIA document mentioned. They accepted the appeal, thus inadvertently authenticating the document for me, and for all of us. They wouldn’t accept an appeal based on a purported CIA document that they didn’t recognize as being legitimately their own.

Sadly, shortly before her death, Marilyn spoke to various people over the telephone about her plans to have a news conference to tell all she knew from her affairs with both John and Robert Kennedy, and all the facts converge upon the conclusion that she was murdered by lethal injection to keep her from talking. Otherwise it would have been a nightmare for the Kennedy administration, as Robert Kennedy, being Attorney General, would have been called upon to prosecute his own brother for the arguably treasonous act of disclosing highly classified information to someone not authorized to possess it.

And the Marilyn Monroe matter isn’t the only time I’ve found myself digging into the dark truths surrounding a prominent person’s disastrous treatment at the hands of a secret-loving government.