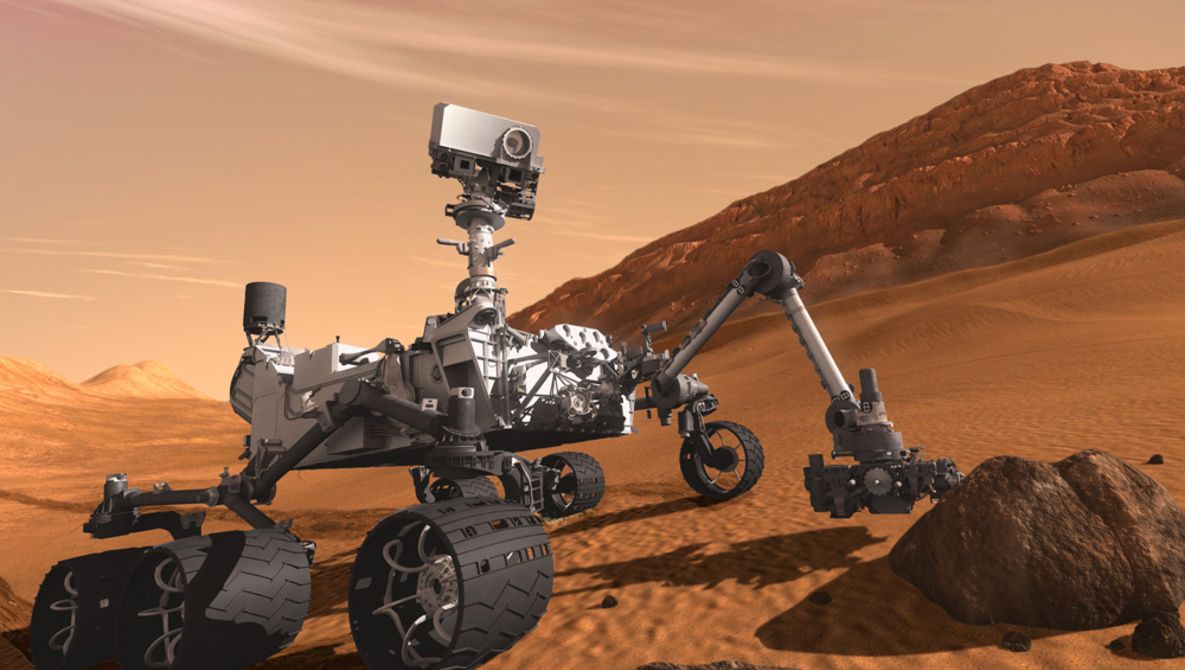 • The YouTube channel “The Hidden Underbelly 2.0” has posted an edited compilation of 83 still photos taken by NASA’s Curiosity Rover (pictured above) on the surface of Mars. In the Martian atmosphere you can see many black objects flying or floating in the sky. (see 4:11 minute video below)

• Of course, skeptics dismiss the black objects as debris in the sky or dirt on the camera lens.

• [Editor’s Note]   First of all, this should put to rest the disinformation that Mars has no atmosphere. Insiders all confirm that Mars holds breathable oxygen in a blue sky atmosphere. Second, many insiders also say that indigenous to the planet are leathery, black, pterodactyl-type creatures that fly in the Martian sky. This could very well explain the photo array.

On the YouTube channel “The Hidden Underbelly 2.0” appeared in a movie with an interesting finding.

The edited video of the most beautiful panoramic views of the Martian surface, created based on 83 shots. The pictures made the device called “Curiosity”.

In the photos you can see dust borax that did not stop within two weeks. If you look in the “fog Martian”, we can see many mysterious objects. The above picture is highlighted rather large body, and not grains of sand, as might first seem.

Superficially the objects resemble each other, plus have almost identical dimensions. Unfortunately, the shooting resolution provides a detailed review seen a UFO. According to skeptics, in the heights just went up a large amount of debris. Either it was dirt on the camera.

4:11 video from ‘The Hidden Underbelly 2.0’ YouTube channel
of objects photographed in the Martian sky, taken by Mars rover ‘Curiosity’