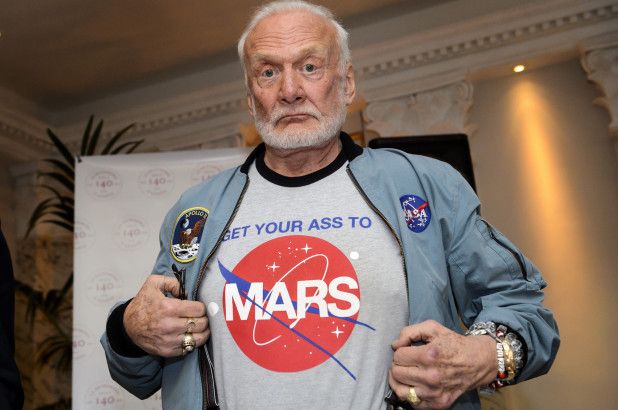 • Conspiracy theorists have claimed for years that NASA has cut live feeds in order to hide the truth about alien lifeforms. The History Channel series Ancient Aliens delved into the computer hacker Gary McKinnon claims of discovering an image of a UFO on the NASA database before his computer was mysteriously “shut down”.

• Kevin Burns, the producer of Ancient Aliens, says that astronauts fear speaking about UFOs. “We have interviewed NASA astronauts who are convinced that they have seen UFOs and who have confirmed with us that that information has been suppressed,” said Burns to the Daily Star Online. (see 4:53 minute video on Gary McKinnon’s hacking of NASA’s computers from Ancient Aliens S12-E9 below)

• “The astronaut Edgar Mitchell (the sixth man on the moon) was famous for believing in extraterrestrials based on his personal observation,” said Burns. Mitchell also said in 2008 that the Roswell crash was a UFO and that governments around the world had been covering that and other incidents up.

• “Buzz Aldrin also spoke about it,” said Burns. Aldrin, (pictured above in famous t-shirt) was a member of the Apollo 11 Moon landing mission in 1969.  He has spoken out in the past about aliens being real. But, says Burns, “NASA, being a government agency, kind of frowns on it.”

• Kevin said it was hard to dismiss the testimony of such men who were in space. “They tend to be very credible,” Burns says. “Edgar Mitchell came back very convinced on what he saw and there are a lot of people, more and more astronauts.” Burns predicts that the control over information will wane as space becomes more ‘privatized’.

Conspiracy theorists have claimed for years that NASA has hidden the truth about alien lifeforms, pointing to live feeds being cut and mysterious blackouts as supposed evidence.

It revealed how computer hacker Gary McKinnon claimed to have discovered an image of a UFO on the NASA database, before his machine was mysteriously “shut down”.

And Kevin Burns, the producer of the show, has gone one step further by suggesting astronauts fear speaking about UFOs.

Speaking to Daily Star Online, he said: “We have interviewed NASA astronauts who are convinced that they have seen UFOs and who have confirmed with us that that information has been suppressed.

“The astronaut Edgar Mitchell was famous for believing in extraterrestrials based on his personal observation.

“Buzz Aldrin also spoke about it.

“There’s a reluctance to confine a lot of this because of NASA, being a government agency, kind of frowns on it.”