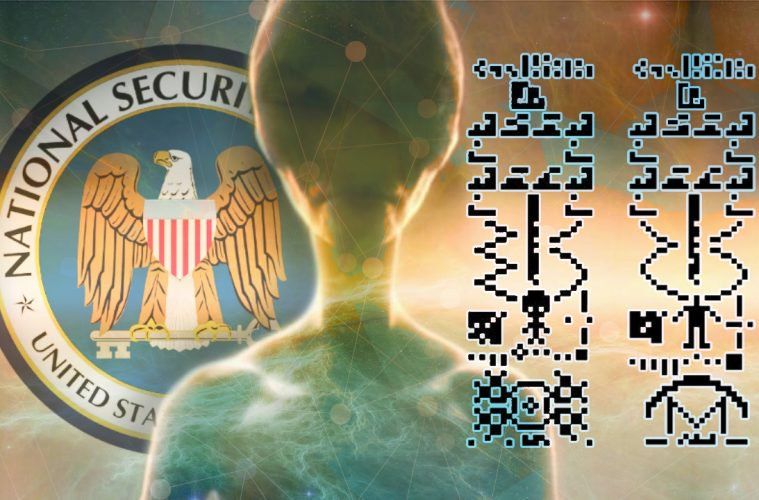 • In a possible response to a message sent into space by Carl Sagen and colleagues in 1974, scientists have detected seventeen radio bursts coming from deep space.

• The NSA was forced by a FOIA lawsuit to release a document in 2011 that reveals an attempt by scientists to decode these radio burst “messages”.

• The document claims that the agency had deciphered basic symbols and syntax rules, and even a few words. It has yet to translate its meaning but they are working on it.

• The documents include a letter from a University professor that contemplates an extraterrestrial presence now among us.

• The documents also point out that many so called UFO’s are actually government “black budget” craft.

• The documents also identify a German engineer who built spacecraft in the early 1940’s, and an encounter that the Iranian Air Force had with a UFO in 1976.

• There is “abundant evidence that we are being contacted,” says former NASA astronaut Dr. Brian O’Leary.

• The management of these UFO/ET topics is “most likely… some sort of secret government atop the Deep State.”

The picture above represents a broadcast known as the “Arecibo” message, put together by Carl Sagan and colleagues, that was sent into space via radio waves at a special ceremony to celebrate the remodelling of the Arecibo radio telescope in Puerto Rico. Apparently, they received a response. It’s speculative, for sure, but the information below, is not. This article pertains to a real deal document.

Strange signals detected from outer space are becoming quite popular, especially within the past couple of years alone. Here’s one of several studies positing that some of these signals could be from an intelligent extraterrestrial source.

Scientists have discovered six more bursts of radio signals coming from a place in deep space outside our galaxy from where similar signals were detected earlier this year and in 2012. From this specific location, a total of 17 such radio signals have been received, and given their nature, there is also heavy speculation about whether we are being ‘contacted’ by some type of extra-terrestrial life form.

This article touches upon an NSA document that was released via a lawsuit. Rumours around the internet say the agency was ordered to declassify the document in 2004, but did not officially release it until 2011, which they did so quietly. Not many details are available about the document, except for the fact that it is real, and published in the NSA database via their technical journal.

It’s titled ”Key to Extraterrestrial Messages,” and a gentleman by the name of “H. Campaigne” attempts to decode the messages.
It states:

“Dr. Campaigne presented a series of 29 messages from outer space…The following article develops a key to these messages.”
A paragraph from the Appendix reads as follows:

“Recently, a series of radio messages was heard coming from outer space. The transmission was not continuous, but cut by pauses into pieces which could be taken as units, for they were repeated over and over again.”

Towards the end of the document, the author states that “we have penetrated the meaning of basic symbols, and even more important, have learned some of the syntax rules- of the notation, and have caught mistakes in the process. We have a few words for sophisticated concepts, and given more data, with a little labor, we could establish its translation.”

There was no document to be found that actually describes what exactly they found out, and what that translation was.

Quite interesting to say the least.