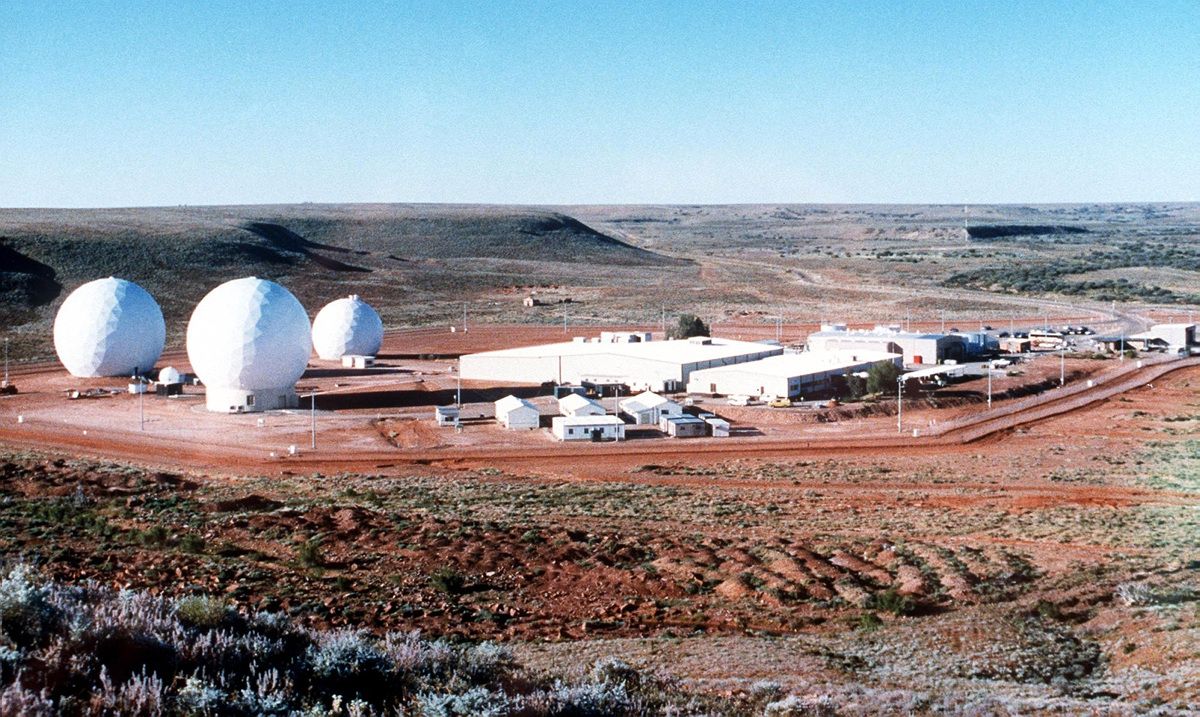 • Pine Gap (seen above) is an American military intelligence base near Alice Springs, Australia. The mysterious satellite surveillance base has been dubbed the ‘Australian Area 51’. Now, a Facebook event reminiscent of last summer’s “Storm Area 51” in Nevada, several hundred people have signed up to storm the top-secret base in the middle of the Australian outback.

• The Facebook administrator writes: ‘Don’t worry my fellow Australians, you don’t need to travel to Nevada because we have our own Area 51! It’s the same as in America, the government is hiding shit from us. We need to rescue the aliens! Who’s with me? I say fuck the government and let’s storm that shit. They can’t arrest all of us.’

• Northern Territory agricultural official Gerry Wood warned that the base is a ‘secured site’, and people can get in trouble for storming it. Wood says that the alien-hunters would be disappointed to find there is no extraterrestrial life at Pine Gap. “I don’t think the Americans are worried about (people) finding aliens,” said Wood. “I think they’d be more worried about China and the Middle East.” “Besides, Alice Spring would be an uncomfortable place for aliens…it’s too hot.”

• More than two million people said on Facebook that they were ‘going’ to the event in the Nevada desert on September 20, and on the day just 75 people turned up at the facility.

UFO enthusiasts have signed up in their hundreds to storm a top-secret American base in the middle of the Australian outback.

Two Facebook events promising to invade the mysterious satellite surveillance base dubbed the ‘Australian Area 51’ have been set up – and so far more than 300 people are down as ‘going’.

Pine Gap, near Alice Springs, is used by the USA to gather military information and perform intelligence tasks.

One of the events entitled ‘Storm Pine Gap AKA Australian Area 51’ tells followers they had the opportunity to perform their own version of America’s viral craze from two months ago.

‘Don’t worry my fellow Australians, you don’t need to travel to Nevada because we have our own Area 51!’ the event administrator wrote.

‘It’s the same as in America, the government is hiding s**t from us.