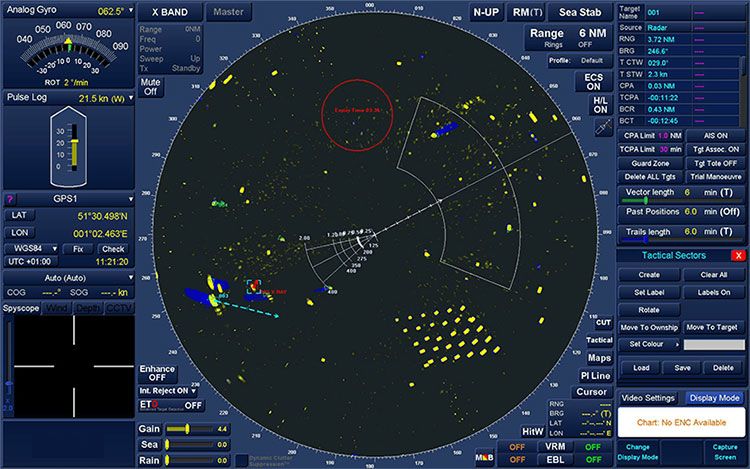 What Does Cold War-Era Radar-Tricking Program Have to Do With Recent UFO Sightings?

Listen to “E185 What Does Cold War-Era Radar-Tricking Program Have to Do With Recent UFO Sightings?” on Spreaker.

• “The Drive” on the WarZone website recently interviewed T.D. Barnes, a retired engineer who worked at Area 51. Barnes tells of a time around 1960 when the CIA had designed and was building the Mach 3 A-12 Blackbird to replace the U-2 spy plane. The problem was that the Soviets built the P-14 “Tall King” radar system that would be able to detect the A-12 flying over their airspace. Before this, US spy planes operated virtually undetected.

• So the US Navy built the ‘Netted Emulation of Multi-Element Signature Against Integrated Sensors’ or ‘NEMESIS’. This device tricked the Soviet radar system by giving the illusion of “ghost fleets” of vessels in on and below the oceanic surface, and formations of aircraft in the sky.

• Retired CIA executive officer, S. Eugene Poteat says that the CIA accomplished the same trickery by building ‘PALLADIUM’ which launched balloons from submarines carrying metallic spheres” that would simulate flocks of real jets on Soviet radar. Poteat, who founded and ran PALLADIUM, said descriptions of the “metallic spheres” sound somewhat similar to those of UFOs reported by Navy aviators on the East Coast in 2014 and 2015, describing them as floating “orbs with cubes inside.”

• Both Barnes and Poteat believe that the Navy’s sightings of UFOs with no visible engine or exhaust plumes, that could reach 30,000 feet at hypersonic speeds can be attributed to a similar top-secret radar-tricking program being developed by the military. “I don’t have the answers to what the Navy aviators saw,” says Barnes, “but in my mind, I’m thinking, we are doing it again.”

• Barnes noted that many past UFO sightings in the Seattle and Southern California areas were actually advanced aerospace tests by Boeing or Lockheed Martin’s Skunk Works conducting “proof of concept” test flights before turning them over to the US military.

• [Editor’s Note]  So these old-timers believe that the UFOs that the Navy fliers have reported are really radar phantoms that don’t actually exist? But David Fravor and the other pilots saw them with their own eyes. Gary Voorhis watched them through binoculars from the bridge of the USS Princeton. And a fellow Navy pilot told Ryan Graves, a Navy aviator out of Oceana Jet Base in Virginia Beach, that a “sphere encasing a cube” ‘flew’ between him and his wingman. These were definitely not metal spheres falling from a balloon or radar phantoms that the Navy pilots encountered.

These are two Cold War veterans who have been conditioned all of their lives not to believe in extraterrestrial UFOs.  And they will never believe in extraterrestrial UFOs, even if one landed on their front lawn and a couple of ETs offered them a ride to the Moon. They will always dismiss all of the evidence out of hand, certain that it must be some top secret advanced military aircraft.

There’s never a shortage of UFO stories, with arguments raging between skeptics and those who want to believe. But a pair of CIA and Area 51 retirees claims the mysterious sightings might have quite a prosaic explanation.

The mystery behind the unidentified flying objects was highlighted again recently when leaked videos – filmed by the US Navy’s Super Hornet jets – popped up in the public domain, showing the military aircraft interacting with UFOs. The Pentagon had stirred up much hype among ufologists, officially saying that the viral clips actually depicted “Unidentified Aerial Phenomena” (UAP).

But for veterans of two of America’s most secretive institutions, these sightings, at least, were not at all sensational. They claim the UFO encounters can be attributed to a top-secret radar-tricking program commissioned for the military, according to the Drive.

It enables the Navy to trick enemy sensors and radars by giving the illusion of “ghost fleets” of vessels on and below the oceanic surface; the system can also simulate formations of aircraft in the sky. Incredibly, the tech resembles another secretive project developed at the height of the Cold War, as veterans of two of America’s most secretive institutions told the website.

The NEMESIS “takes me back to circa the 1960s when the CIA designed and was building the Mach 3 A-12 Blackbird to replace the U-2,” says T.D. Barnes, a retired engineer who worked at Area 51, referring to the top-notch spy planes used to collect imagery intelligence on the USSR and its allies.