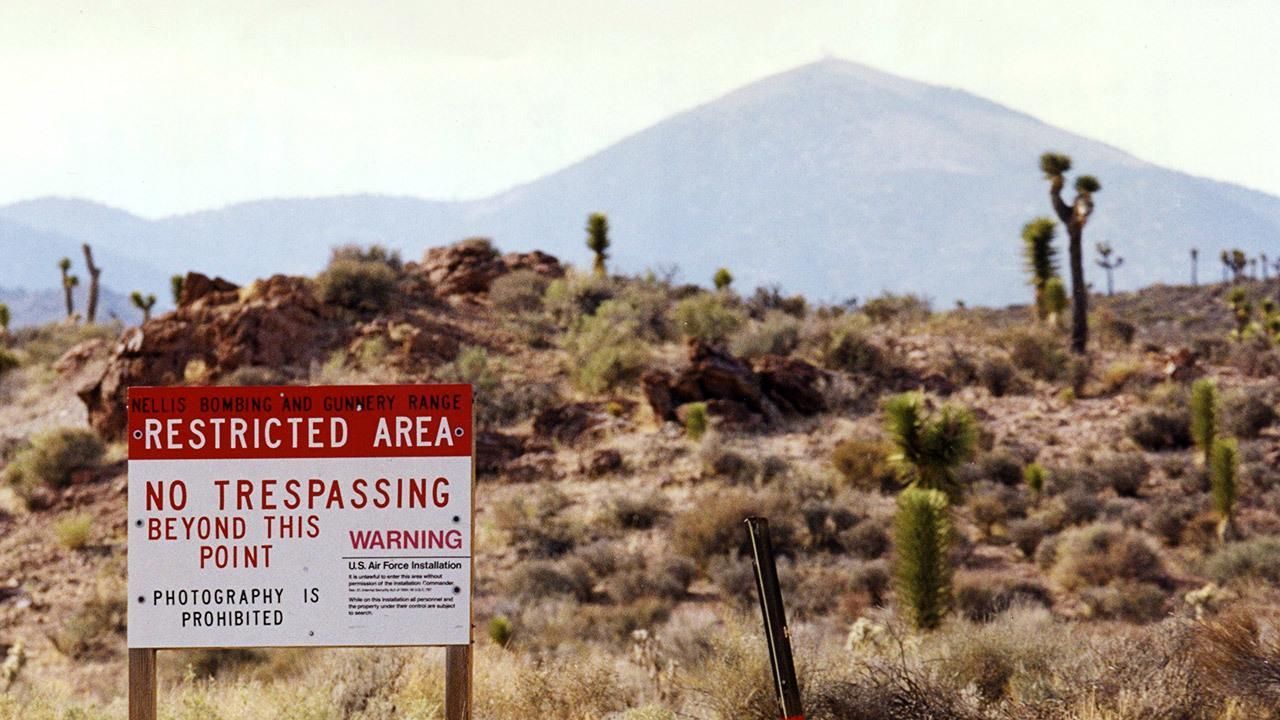 From the X-Files – Is the Pentagon Hiding UFOs in a Las Vegas Hangar?

• “Disclosure is not an event, it’s a process,” said Luis Elizondo, former head of the Pentagon’s Advanced Aviation Threat Identification Program (AATIP). “My personal belief is that there is very compelling evidence that we may not be alone.”

• Elizondo left the Pentagon program in October of last year, saying that the government was not taking UFO sightings by the military seriously enough. The Pentagon admitted the existence of AATIP, but claimed it was discontinued in 2012. But in an interview with The (UK’s) Sunday Times, Elizondo reports that the program was never wound up and continued to monitor UFO sightings until as recently as last October when he quit.

• On the northern edge of the Las Vegas sprawl where city meets desert is the headquarters of Bigelow Aerospace, a company that plans to launch and sell its own space stations and build a space hotel and a lunar base. Armed sentries guard the building which may hold exotic “metamaterials” – synthetic materials with composite structures that exhibit properties not found naturally materials – of a crashed UFO spacecraft, according to Elizondo. (see image below) From 2007 to 2011, Bigelow Aerospace, a company founded by Robert Bigelow, 73, an entrepreneur and self-avowed ufologist, was paid $22 million by the Department of Defense.

• Former Nevada Senator, Harry Reid, was the point man in funding the Pentagon program and Bigelow Aerospace. Reid said, “I had talked to (astronaut) John Glenn a number of years before. [Glenn] thought that the federal government should be looking seriously into UFOs, and should be talking to military service members, particularly pilots, who had reported seeing aircraft they could not identify or explain.”

• When the existence of the Pentagon UFO program was released late last year, the secret was out. Most questions, such as where the money went, and what Bigelow is closely guarding in Las Vegas, have remained unanswered. The conspiracy website, Abovetopsecret.com, reported that Bigelow approached Mufon in 2008 with a business proposal to buy its database of UFO sightings and archive of evidence, including quite possibly alien artifacts, for $672,000. By November 2009, $334,000 of it had been paid.

• “Captured alloys and material from UFOs — that has to be alien, right?” says John Greenewald of the Black Vault website. “This rivals the Roswell debris going to Hangar 18.”

• “Internationally, we are the most backward country in the world on this issue,” says Bigelow. “Our scientists are scared of being ostracized, and our media is scared of the stigma. China and Russia are much more open and work on this with huge organizations within their countries. Smaller countries like Belgium, France, England and South American countries like Chile are more open, too. They are proactive and willing to discuss this topic, rather than being held back by a juvenile taboo.”

“Disclosure has already occurred. Disclosure is not an event, it’s a process,” said Luis Elizondo, former head of a hitherto unknown government operation called the Advanced Aviation Threat Identification Program (AATIP). “My personal belief is that there is very compelling evidence that we may not be alone.”

The perimeter is secured with razor wire and concrete barriers, and the only staff visible from outside are armed guards, hiding inside what’s speculated to be salvage of a crashed extraterrestrial object –commonly known as a UFO.

Residents of the neat residential streets say security was tightened at Bigelow Aerospace late last year when it was revealed by the New York Times and Washington post that the company was paid by the Pentagon to store parts recovered from crashed “unidentified aerial phenomena” — military-speak for UFOs — exotic materials believed to be alloys that defied scientific analysis and physically affected those who came into contact with them.

Not since 1947, when the US army said it had found a crashed UFO near Roswell, New Mexico, but in fact proved to be a weather balloon had the government come so close to admitting we are not alone in the vast reaches of the Milky Way.

But to date, there has been no retraction of the latest story of Pentagon UFO intrigue. Questioned about the events, the Pentagon has maintained an information blackout, as has Bigelow Aerospace. With no new leads, websites normally regarded as outlets for conspiracy theorists have turned up intriguing new evidence and stolen a march on America’s mainstream media.

The strange story of the salvaged UFOs began with the abrupt resignation last autumn of a senior Pentagon official, reports Nick Rufford for The Times of London. Luis Elizondo was the head of a hitherto unknown government operation called the Advanced Aviation Threat Identification Program (AATIP), run by a team of 12, based on the fifth floor of the Pentagon called C-ring.

In a parting letter to Jim Mattis, the US defence secretary, Elizondo said the government was not taking sightings of unidentified craft by American warplanes seriously enough.

“Why aren’t we spending more time and effort on this issue? There remains a vital need to ascertain capability and intent of these phenomena for the benefit of the armed forces and the nation.” Elizondo’s leaked letter blew the lid off what was, in effect, a clandestine government UFO-watching unit, infuriating the Pentagon’s top brass. In a terse statement, the Pentagon admitted the existence of AATIP without mentioning the UFO connection: the program, it said, was set up “to assess far-term, foreign advanced aerospace threats to the United States”, it said, and was discontinued in 2012 to make way for “other higher priority issues”.

Since then, Elizondo, whose impeccable credentials were confirmed by The Washington Post, has remained largely silent on the subject. But in an interview with The Sunday Times, he reports that the program was never wound up and continued to monitor UFO sightings until as recently as last October, when he quit. In the fascinating video below emphatically states that “disclosure has already occurred. Disclosure is not an event, it’s a process.