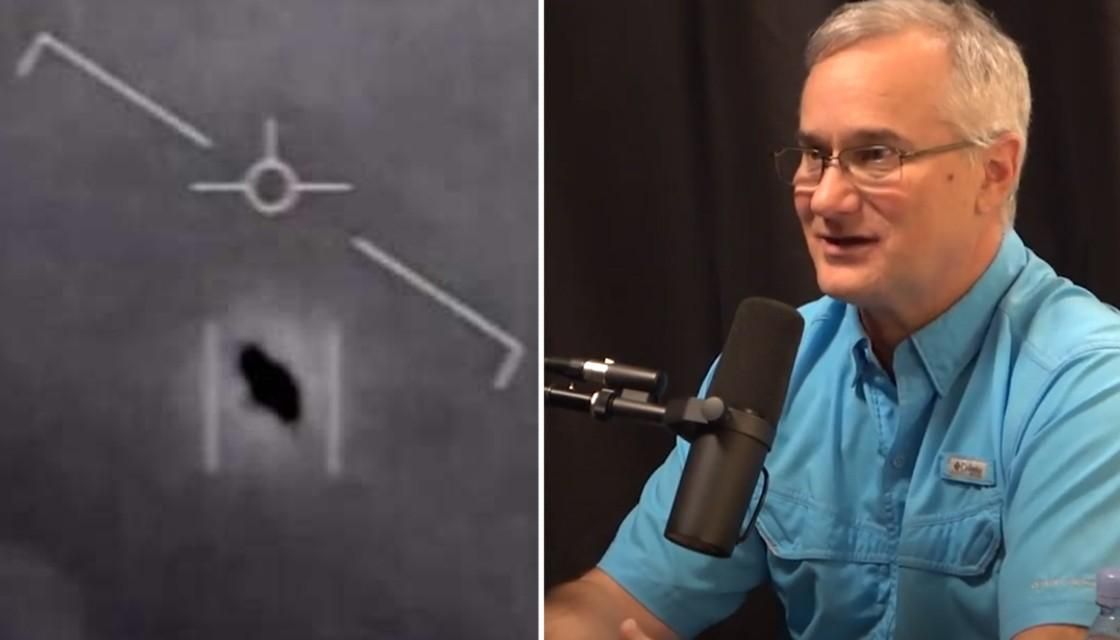 • Commander David Fravor (pictured above) was one of two United States Air Force (USAF) pilots to first encounter the “Tic-Tac” craft off the coast of San Diego in 2004. The Pentagon has publicly acknowledged that they have no idea what the object was.

• Appearing on Lex Fridman’s podcast in early September, Fravor was asked whether it was possible that there was “out of this world” aircraft or beings in possession of governments around the world. “It’s highly possible, if you look at all the sightings,” Fravor said. In fact, Fravor is certain that governments are in possession of alien technology. “If you look at Project Blue Book – there were how many thousands of sightings?” Fravor notes that 10% of those Bluebook reports could not be explained. This amounts to thousands of cases just like the Tic Tac UFO. (see video excerpt from podcast below)

• “What are the chances that not one of (these thousands of unexplained UFOs) crashed somewhere on the globe and was recovered?” asks Fravor. “Is there is a chance that a foreign government, or our government, or someone in the globe of 7 billion people, has something that is not from this world, something that is manufactured?” “I don’t care if it was an intact system or you have pieces of a metal we can’t explain, or some biological matter.” “It could be a drone,” says Fravor. “If that’s the case, you would think something is out there… that we can’t explain.”

A fighter jet pilot who was one of the first to witness the now-famous Nimitz UFO believes it is “highly possible” the US government is in possession of alien technology.

Commander David Fravor was one of two United States Air Force (USAF) pilots to first encounter the “tic-tac” craft off the coast of San Diego in 2004.

The sighting would go on to become one of the most famous encounters ever caught on camera, with the Pentagon publicly acknowledging they had no idea what the object was.

While Fravor believes the UFO was not of this Earth, he is certain similar alien technology is being held by governments across the world.

Appearing on Lex Fridman’s podcast last week, he was asked whether it was possible that there was “out of this world” aircraft or beings in possession of governments around the world. “It’s highly possible, if you look at all the sightings,” he said.