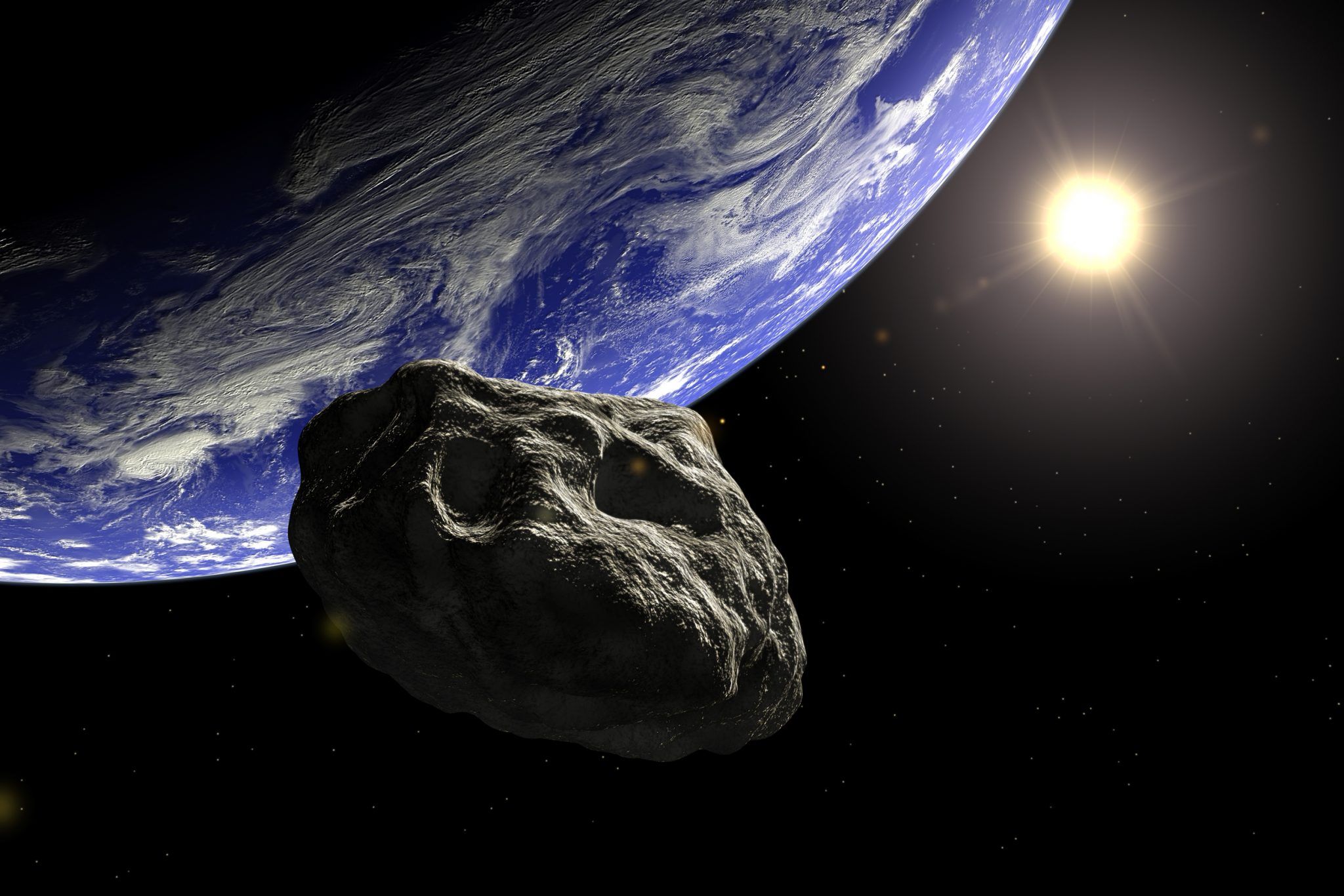 • On September 17, 2020, astronomers at the Pan-STARRS1 telescope at Maui, Hawaii sighted a small asteroid on an unusually slow approach to Earth. Designated as ‘2020 SO’, the asteroid is expected to be captured by the Earth’s gravity – temporarily – from October 2020 perhaps until around May 2021. It wouldn’t be the first time Earth has captured a mini-moon, but this object is unusual and perhaps no ordinary asteroid. It might be a lost rocket from the Surveyor 2 mission launched from Earth to the Moon in the 1960s.

• The unmanned Surveyor 2 mission was meant to send the second unmanned lunar lander to explore the Moon. The Surveyor 2 spacecraft blasted into space atop an Atlas LV-3C Centaur-D rocket from Cape Kennedy, Florida on September 20, 1966. A mid-course correction failure caused space controllers to lose contact with the craft three days later, after a thruster failed to ignite. The failure caused the spacecraft to tumble and ultimately to crash near the Moon’s Copernicus crater. The 2020 SO object has an estimated size between 20 and 45 feet, a not-unreasonable match for the dimensions of an Atlas LV-3C Centaur-D rocket.

• How could we have lost an entire 41-foot-long rocket? Space archaeologist Alice Gorman of Flinders University in Australia told ScienceAlert that – before our modern era of reuseable rockets – the rockets that launched craft into space were surprisingly easy to lose. Said Gorman, “You have to keep tracking these things… [I]f they do something a little bit unpredictable, and you look the wrong way, then you don’t know where it’s gone. It is quite astonishing, the number of things that have gone missing.”

• This isn’t the first time Earth has captured a mini-moon. Once in a while, one of the many small asteroids out there will be temporarily captured by our planet’s gravity before being cast out back into the solar system at large. Two confirmed mini-moons are 2006 RH120 (in Earth orbit between 2006 and 2007), and 2020 CD3 (in our orbit between 2018 and 2020).

• Also, this isn’t the first time we’ve mistaken space junk for an asteroid. What was thought to be the asteroid WT1190F, initially detected in October 2015 on approach to Earth, disintegrated in our atmosphere on November 13, 2015. An analysis of the spectroscopy revealed that the object might be a spacecraft component or part of a spent rocket returning home.

• So is ‘2020 SO’ an ordinary asteroid? Or is it an old Earthly rocket returning home? We just don’t know yet. Scientists hope that further observations and spectroscopic observations of light reflected from its surface will allow us to know if it’s in fact a strange, slow space rock, or human-made space debris.

• [Editor’s Note]   There seems to be a lot of unknown objects acting strangely within our solar system right now. While we’re speculating, I will add the possibility that we are seeing a fleet of spaceship and mother ships that are waiting for a grand consciousness event that will necessitate billions of people to be temporarily removed from planet Earth while the Earth itself transforms. A compelling proponent of this information is the Portland Oregon channeler, Allison Coe. See below a video of Allison providing some of this channeled information which she gave in a presentation at ECETI ranch.

A newly discovered “asteroid” may become a new mini-moon for Earth. Instead of an ordinary asteroid, it might be a lost rocket from the Surveyor 2 mission, launched from Earth more than 50 years ago.

An approaching space object – labeled 2020 SO – is about to briefly become a new “mini-moon” for Earth, captured by our planet’s more powerful

gravity. Orbit models show that both the low speed and trajectory of the approaching object indicate Earth will capture it, temporarily, from October 2020 perhaps until around May 2021. It won’t be the first time Earth has captured a mini-moon, but this object is unusual and perhaps no ordinary asteroid. It might be a lost rocket, originally launched from Earth more than 50 years ago.

On September 17, 2020, astronomers sighted the object on approach to Earth, using the 71-inch (1.8-meter) Pan-STARRS1 telescope at Maui, Hawaii. They designated it as asteroid 2020 SO and added it as an Apollo asteroid in the JPL Small-Body Database.

However, 2020 SO has some features that set it apart from ordinary asteroids. According to NASA/JPL calculations, the object will soon pass by Earth’s moon at a speed of 1,880 miles per hour (3,025 km/h) or 0.84 km per second (.5 mi/sec). That is an extremely slow speed for an asteroid.

These calculations also show the apparent “slow asteroid” orbiting the sun every 1.06 years (387 days). The low relative velocity, along with the Earth-like orbit, suggest it can be an artificial object that might have been launched from our planet.

Paul Chodas, manager of NASA’s Near Earth Object center at the Jet Propulsion Laboratory in Pasadena, California, suggested the object might be the rocket booster of Surveyor 2, a robotic spacecraft that was launched to the moon on September 20, 1966.