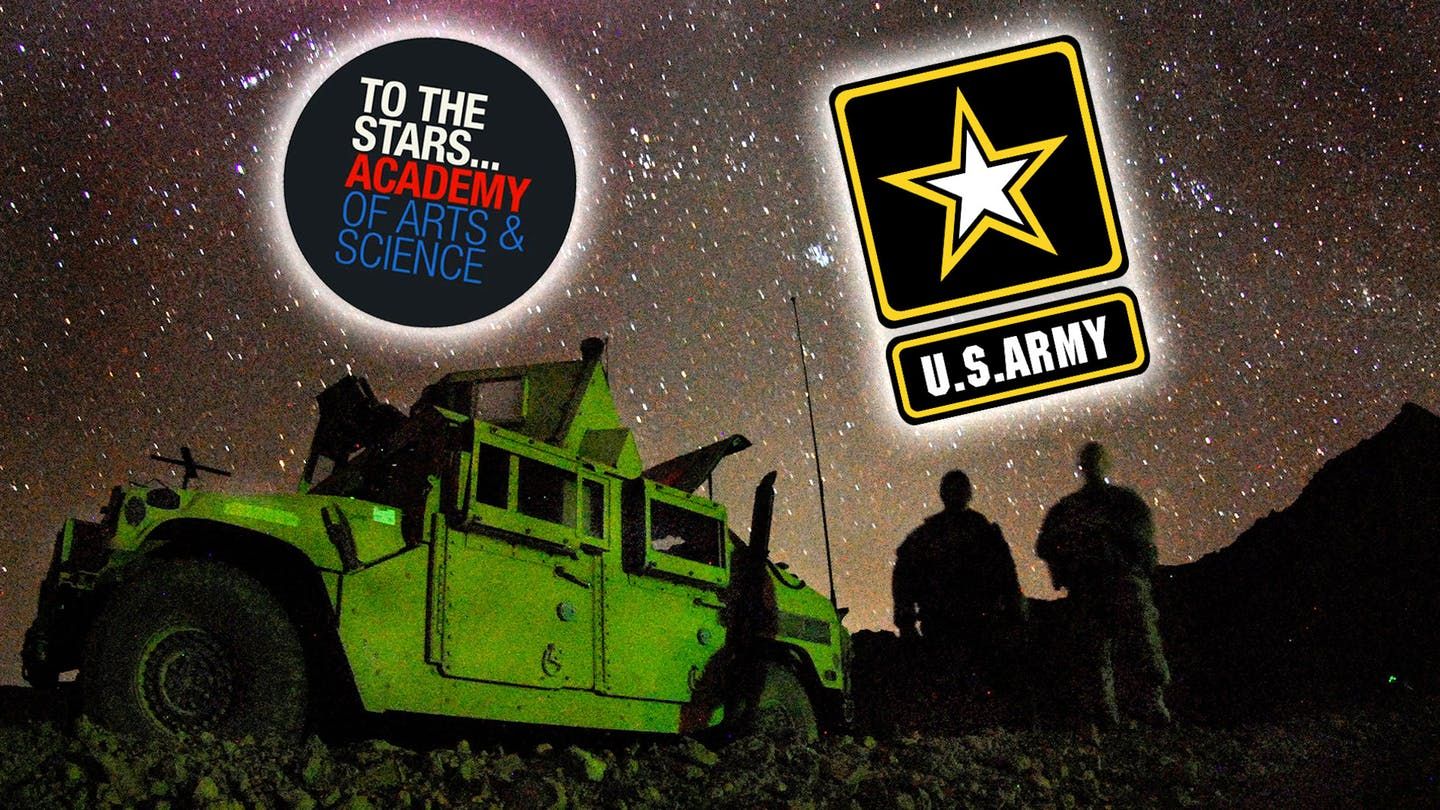 Listen to “E134 10-19-19 What We Know About The Army Teaming Up With Rockstar Tom DeLonge's UFO Research Company” on Spreaker.

• In a press release on October 17th, Tom Delonge’s ‘To the Stars Academy’ (or “TTSA”) announced a cooperative research deal with the US Army. They plan to combine their resources in researching metamaterials and other high technology fields that border on the realm of science fiction. It is called the ‘Cooperative Research and Development Agreement’ or “CRADA” and ultimately falls under the Army’s ‘Futures Command’. It will be handled through the ‘Ground Vehicle System Center’ in Warren, Michigan.

• The Army’s Deputy Product Manager for Science and Technology at the Army’s Ground Vehicle Systems Center, Dr. Joseph Cannon said, “Our partnership with TTSA serves as an exciting, non-traditional source for novel materials and transformational technologies to enhance our military ground system capabilities.” “[W]e look forward to this partnership and the potential technical innovations forthcoming.” More specifically, the Army is interested in cutting-edge developments in material science such as active camouflage, space-time metric engineering, quantum physics, and beamed energy propulsion.

• The press release mentions “novel materials” possessed by TTSA that could refer to certain ‘metamaterials’ – i.e.: engineered composites that have structural and conductive properties alien to this planet. In a 2018 SEC filing, TTSA reported paying EarthTech International, Inc. $25,000 on a “beamed energy propulsion launch system” and $35,000 for a “material analysis” program which included the “scientific evaluation of materials samples the company obtained through reliable reports of advanced aerospace vehicles of unknown origin.”

• In July 2019, TTSA announced that it had acquired metamaterials as part of its Acquisition and Data Analysis of Materials program, or ADAM. They claim that these metamaterials of unknown origin have been floating around the UFO community for years. The were originally given to paranormal radio host Art Bell, who gave them to Linda Moulton Howe, who passed them along to Tom DeLonge, who sold them to TTSA for $35,000. Earlier this month, TTSA official Luis Elizondo told Fox News’ Tucker Carlson that the organization was already conducting tests on these objects.

• It is unclear whether TTSA has actually developed any advanced technology from its research to date, but they do have the resources at their disposal to make the US Army take them seriously. Chief Operating Officer Steve Justice, who is coordinating the effort between TTSA, the Army, and EarthTech International, had previously worked at Lockheed Martin’s Skunk Works research facility. EarthTech’s founder and President is Hal Puthoff, Ph.D, who is also TTSA’s Vice President of Science & Technology. Puthoff worked for the CIA and the DIA on paranormal research including remote viewing, and has studied UFOs, extraterrestrials, and the Skinwalker Ranch.

• Former Skinwalker Ranch owner and billionaire, Robert Bigelow of Bigelow Aerospace has also been affiliated with TTSA since the days of working with Luis Elizondo under the Pentagon’s ‘Advanced Aerospace Threat Identification Program’ UFO study project and its’ predecessor, the DIA’s ‘Advanced Aerospace Weapon System Applications’ program. Bigelow is renowned for his interest in UFOs and paranormal phenomena. Under these programs, Bigelow hired Puthoff and Eric Davis, Ph.D. of EarthTech International to author research reports on advanced technology, including virtually all of the topics mentioned in the TTSA press release regarding CRADA. Mainstream scientists have deemed these advanced technologies as “junk science”.

• Under this ‘Cooperative Research and Development Agreement’ no money is exchanged between the Army and TTSA. And there will likely be no end product. The research will only yield studies and reports. So what does DeLonge and his curious group of decorated insiders from the military-industrial complex and the intelligence services expect to get from this partnership? TTSA’s COO Steve Justice said, “While the Army has specific military performance interests in the research, much of the work is expected to have dual-use application in support of TTSA’s path to commercialization and public benefit mission.” TTSA bills itself as a “revolutionary collaboration between academia, industry and pop culture to advance society’s understanding of scientific phenomena and its technological implications.” This collaboration certainly raises the profile of TTSA which is at the center of a History Channel series on UFOs and has recently announced a new round of stock offers worth up to $30 million. But the Academy’s Entertainment Division is also poised to exploit the potential commercial value of any technology breakthroughs.

The U.S. Army has confirmed that it has signed a cooperative research deal with former Blink 182 frontman Tom DeLonge’s To The Stars Academy of Arts & Science, more commonly known as TTSA. Far better known for its activities investigating reports and sightings of UFOs, which are increasingly referred to as unidentified aerial phenomena, or UAPs, this new agreement covers research into metamaterials and other high technology fields that border on the realm of science fiction.

On Oct. 17, 2019, TTSA announced the Cooperative Research and Development Agreement (CRADA) with Army’s Combat Capabilities Development Command (CCDC), which is now part of that service’s Futures Command. The public affairs office at CCDC’s Ground Vehicle System Center (GVSC), situated at the Detroit Arsenal in Warren, Michigan, subsequently confirmed to The War Zone that this CRADA exists and that it will be responsible for executing it.

CRADAs are unlike typical contracts and “no money exchanging hands at all” between the Army and TTSA under this present agreement, a public affairs officer at the GVSC told The War Zone. There is also “no articulated deliverable” and if a product comes out of this process, it will most likely be a written study or another similar type of report.

TTSA bills itself as a “revolutionary collaboration between academia, industry and pop culture to advance society’s understanding of scientific phenomena and its technological implications.” It also has an Entertainment Division that publishes works of fiction about UFOs and the paranormal, serves as the holder of intellectual property rights related to DeLonge’s new band, Angels & Airwaves, and is responsible for merchandising associated with all of these enterprises. The actual origins of the organization are murky, to say the least.

“Our partnership with TTSA serves as an exciting, non-traditional source for novel materials and transformational technologies to enhance our military ground system capabilities,” Dr. Joseph Cannon, the Deputy Product Manager for Science and Technology in the Vehicle Protection Systems division of GVSC, said in a statement. “At the Army’s Ground Vehicle Systems Center, we look forward to this partnership and the potential technical innovations forthcoming.”

This reference to “novel materials” strongly suggests that at least part of the CRADA is concerned with metamaterials. This term refers to engineered composites that have properties that do not appear in nature. It is the structure of these new materials, more than their composition that gives them these attributes, including the ability to have unique impacts on electromagnetic waves.