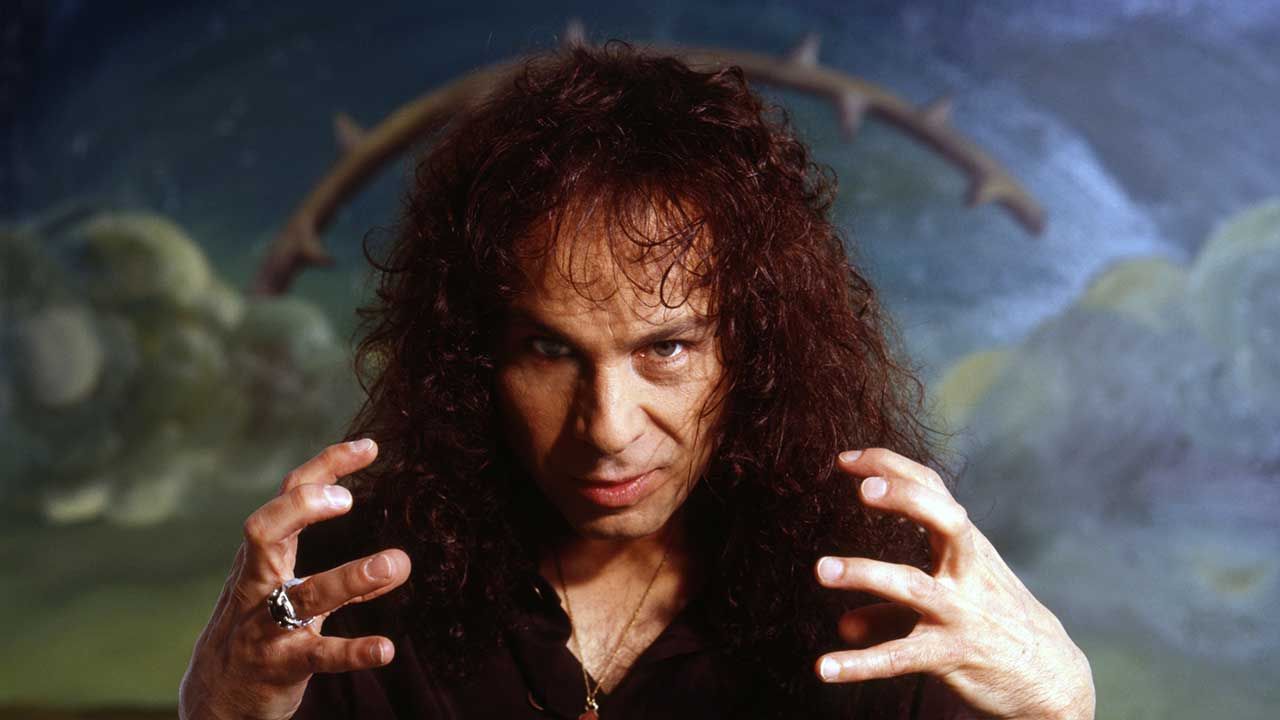 Listen to “e133 Ronnie James Dio’s 1978 Close Encounter With a UFO in Connecticut” on Spreaker.

• In April 1978, rock singer Ronnie James Dio (pictured above, died 2010) had just moved to New Canaan, Connecticut with his wife Wendy. The guitarist in his band ‘Rainbow’, Ritchie Blackmore and Ritchie’s wife Amy Rothman had also moved to Connecticut along with the rest of his band. Late one night as Dio and Wendy were unpacking, Dio saw what he thought was a large moon shining brightly in the sky. But it kept getting bigger and closer.

• Their new house was in a forested area, and he could see a car driving down the hill toward this light. When the car got to the hovering light, the light went out. “It was as if someone had taken a black curtain and gone “woosh” and off it went,” says Dio. “I thought now I know that was the presence of a UFO and we were blown away. The next day in the newspaper 20-45 people saw the same thing and then heard a large explosion with light after it. So it wasn’t just me, and I know it was that. I mean, I am absolutely positive that it was that.” Dio didn’t merely believe in UFOs. He told Swedish journalist Mike Eriksson that he “wouldn’t even care” if the UFO landed on his roof and “took him away.” (see 2009 video of Dio discussing his UFO sighting below)

• Not to be outdone, a couple of months after Dio told of his UFO account in 2001, guitarist Ritchie Blackmore told Trouser Press, “We’re just bordering on being invaded by UFO’s, which I think certainly will come in the next five to 10 years. … They’re right here now, so it’s just about ready to happen, I think. They’re obviously watching us now.”

• Connecticut has a long history of UFO sightings. In 1639, James Everell and a few other men were rowing a boat up the Muddy River when a “great light” appeared in the sky, shifted in shape and maneuvered about the boat for several hours before suddenly disappearing. Everell and his companions found that they were a mile from where they first saw the light, but had no idea how they got there.

This interstellar story about Ronnie James Dio’s account of seeing what he believed was a UFO from the window of his home in New Canaan, Connecticut back during his Rainbow days starts with a short history lesson.

In 1639, James Everell, an individual described by Massachusetts Bay Colony governor John Winthrop as a “sober, discreet man” reported seeing a “great light” in the sky. Everell and a few other men were rowing a boat up the Muddy River when the object appeared, shifted in shape and maneuvered about the boat for several hours. When it disappeared, Everell and his perplexed pals were a mile from where they first saw the light, but had no idea how they got there. This event would mark the beginning of thousands of unexplained UFO sightings in and around New England, including Connecticut. In 2018 there were 100 documented UFO sightings in Dio’s one-time home state; this year Connecticut’s UFO sighting count is at 84, and it’s only fucking September. As it pertains to extraterrestrial life truth-seekers, Connecticut is considered one of the best places to perhaps catch a glimpse of a UFO. And now that I’ve gone full Carl Sagan on your asses, let’s get to Dio’s UFO sighting, which likely occurred sometime in 1978.

Swedish journalist (and the founder of the Deep Purple Forever fan club in Sweden) Mike Eriksson met with Dio in Stockholm in April of 2001 where he was performing along with Alice Cooper and Ratt at the Johanneshvs Isstadion in support of his eighth studio record Magica. The incredible, in-depth interview with Dio (which has been republished several times since 2001), was filmed by photographer Michael Johansson who came along with Eriksson for his chat with the formidable vocalist. At the conclusion of the interview, Eriksson lobs the question at Dio inquiring if he is interested in the “UFO mystery,” to which Dio responded with unbridled enthusiasm. Now, RJD didn’t just believe in extraterrestrial life, he was into the idea of a UFO landing on the roof of the building where the interview was taking place saying he “wouldn’t even care” if they “took him away.” This leads Ericksson to ask Dio if he has actually seen a UFO himself with Dio quickly responding, “Yes I have.”