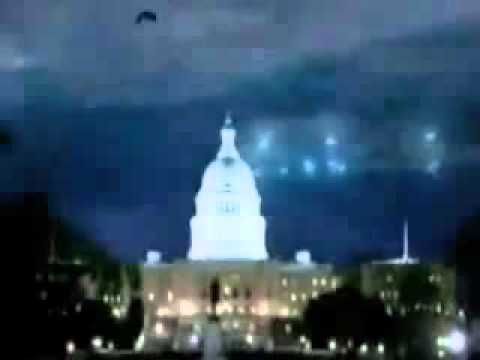 One of the world’s foremost investigators of unidentified flying objects and extraterrestrial visitation (UFO/ETV) is my close friend C.B. “Scott” Jones. It was Jones who organized and convened the 1995 Washington, D.C.-based conference “When Cosmic Cultures Meet,” which involved many of the world’s leading UFO scientists and analysts. It was also Jones who was funded and tasked by philanthropist Laurance Rockefeller to travel to Europe, Russia, China and other regions to gather information from ufologists and government officials regarding UFO/ETV activities in those and other parts of the world. Scott, who now resides in Kerrville, Texas, is a former U.S. Navy intelligence officer and special assistant to the late U.S. Sen. Claiborne Pell of Rhode Island. He is also a political scientist whose interests include peace research and impact analysis regarding human contact with off-planet cultures and other issues related to UFO/ETV phenomena. His website is www.peaceroom.com.

In his work, Jones bases his research on two major assumptions:

1. The consequences of cosmic cultures meetings will be profound in the extreme. Every segment of Earth’s civilization will be affected, including religion, politics, science, technology, health, agriculture, education, etc.

2. Contemplation of the UFO/ETV impact on various human cultures, including probable and preferred consequences as envisioned by members of those cultures, is a critical research/education project for the best minds willing to undertake the challenge.

According to Jones, some of the key questions for those worldwide scholars who accept the challenge are:

In the future, as more UFO/ETV issues surface, there will be increasing pressure on the academic community to focus attention on related problems.

As Scott Jones has said: “The once very effective counter-intelligence program targeted against the U.S. public and supported by, or at least acquiesced in, most countries with a technical capability to recognize and assess ET activity has crumbled. … Thousands of daytime photos of UFOs taken in skies over countries around the world have statistically overwhelmed the usually trotted-out full allowance given to the usual cloud formations and weather phenomena, classified military aircraft and misidentified other ‘things’ that traverse the sky.” The government and others “could not continue to control by threat of fines and imprisonment, men and women of strong moral conviction about what society was being denied. Hundreds of whistleblowers have come forward revealing much and have agreed to reveal under oath when given protection by the White House or Congress. … Additionally, there is a mature Exopolitics community that has earned respect to the point where there is collaboration with military and intelligence organizations to garner and analyze information about phenomena still very much an enigma.”

Note: Exopolitics is defined as the art or science of government concerned with creating policy toward extraterrestrial phenomena and extraterrestrial beings. For additional information, see Michael Salla’s website www.exopolitics.org.

Jones further said: “Small parts of the global academic community have awakened. An Australian University recently awarded a Ph.D. in UFO Studies, and the University of Hong Kong is offering a credit course on the subject. In the U.S., there is a growing coverage of UFO/ET issues by college newspapers, and students are increasingly opening their minds to something very important to their future.”

Another scholar, the late astronomy professor J.Allen Hynek, who was the lead scientist for the U.S. Air Force’s 17-year UFO study “Project Blue Book,” made the case for stepped up efforts on the part of academics in the field of ufology.

He said: “If any other phenomenon had had thousands of witnesses like those of UFOs, there would have been hundreds of research studies with full support throughout academic institutions.”

Sadly this has not been the case.

The overarching goal of academic institutions throughout the world is the search for the true, the good, and the beautiful.

When unbiased, unfettered inquiry, powered by intellectual might is focused on a problem, we can expect that civilization will probably be well-served by such research. The UFO/ETV problem is indeed perplexing and, for some, frightening.

As such, it certainly qualifies as a problem for which the truth needs to be sought.

Peter Sturrock, emeritus professor of space and astrophysics and former deputy director of the Center for Space Astrophysics at Stanford University, has said it well: “The definite resolution of the UFO enigma will not come about unless and until the problem is subject to open and extensive scientific study by the normal procedures of established science and administration in universities.”

Bill Wickersham is an adjunct professor of Peace Studies at the University of Missouri-Columbia.

Permission to reprint granted from the Columbia Daily Tribune.