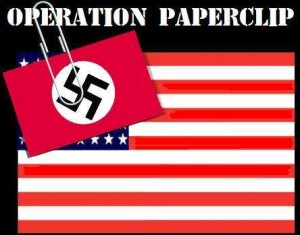 First Russia threatens to reveal the ET Presence and now they threaten to reveal the Secret Space Program, questioning the US public space story.  What’s next?

All along I’ve surmised that far from threatening, Russia is probably cooperating with the US in the gradual release of information about the ET Presence and the Secret Space program and its technology. It’s how intelligence works…it’s a gradual thing.

Back and forth like the egg toss game until the shell of secrecy drops and breaks.

But until the egg toss ends, our space program has secret information, that when leaked, feels convoluted. For example, NASA’s claim they inadvertently destroyed the film of the Apollo 11 moon walk. Who does that?  Ask any mom, we grab our family, pets, and photos in a fire.  They are precious.

But, there is a method in being convoluted–make the citizens crazy and they will drop out of the game. Then governments have the upper hand in the distribution and control of information.

Researchers like Levenda, Farrell and others noted the secret cooperation between USSR and US employed Nazi German scientists during the early years of the space program. There is evidence these scientists may have had a covert exchange of information across US and USSR. Accusations of sabotaging one another’s space programs were leveled. But was that so?

Maybe the Nazi German scientists needed to covertly exchange information across borders to get the space science right.

Then the Nazi German scientists’ programs yielded results. Russia goes into space first and we follow.   The orderly procession, first the Russians, then the US seemed scripted to my amateur eyes. Perhaps on a level, there was always a joint US-USSR program.

Today US and Russia still cooperate on many space missions, so why not cooperate on the release of secret information, much of it held over 70 years?

We are Exoconscious.  We know there is an ET Presence, it is within our extraterrestrial consciousness. We don’t need the US and Russian stamp of approval via their public disclosure announcements. We have our personal confirmation of the ET presence. That’s more than enough. Political sideshow language and veiled threats leave us shaking our heads, ignoring the antics.

Consciousness, including extraterrestrial consciousness, is beyond the brain. Secrets are beyond borders. Consciousness holds ET and energy information we all can access, when we are ready.  We don’t need a bully or a press release permission slip to access it.

And as for energy technology and space travel…as Exoconscious humans, we have been using these psychic technologies all our lives. We experience consciousness craft. This craft belongs to the innate, precious abilities of our human consciousness. It cannot be inadvertently lost.

We are the ET the Russians are threatening to reveal.  We are the energy technology both sides keep secret. We are the matryoshka doll, eggs within eggs.