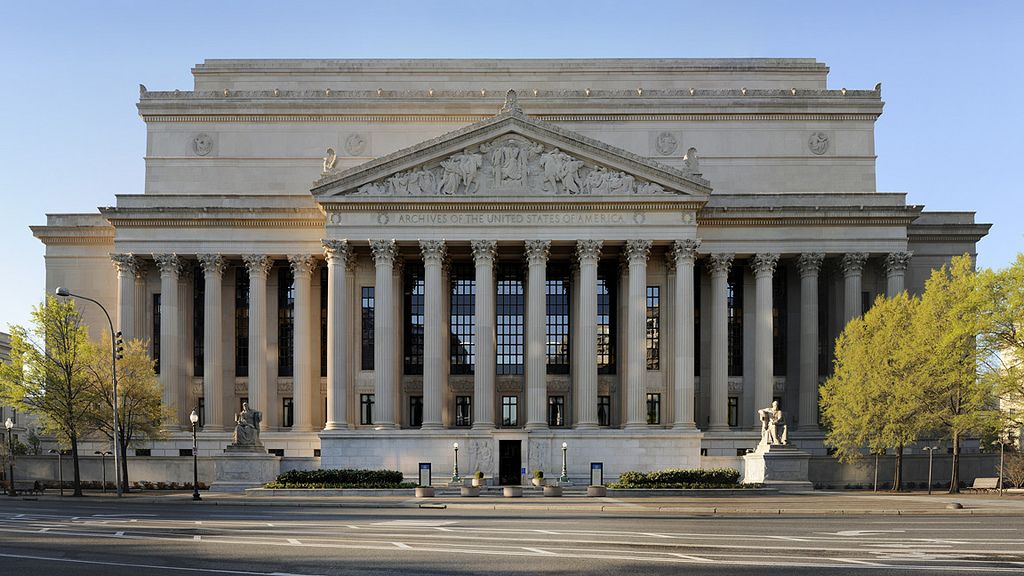 Researching UFO’s? You Can Start With a New Display at the National Archives Museum

Listen to “E191 Researching UFO's? You Can Start With a New Display at the National Archives Museum” on Spreaker.

• In recognition of the 50th anniversary of the end of Project Blue Book in 1969, from December 5th through January 8th the National Archives Museum will display a sampling of the Air Force’s declassified UFO investigation program in the East Rotunda Gallery in Washington, D.C. The bulk of the thousands of pages of Project Blue Book records remain at the National Archives College Park, Maryland location. These include home movies that people from all over the United States shot between 1952 and 1967.

• But these Archives may only be the tip of the iceberg. According to UFO historian Richard Dolan, “Serious research must also include the many thousands of pages of documents released over the years via the Freedom of Information Act.” Dolan pointed to criticism of Blue Book, “Frankly, (Project Blue Book) was designed to explain UFO reports away, rather than actually explain them.”

• According to an Air Force website, the conclusions of Project Blue Book were: “No UFO reported, investigated and evaluated by the Air Force was ever an indication of threat to our national security; There was no evidence submitted to or discovered by the Air Force that sightings categorized as “unidentified” represented technological developments or principles beyond the range of modern scientific knowledge; and there was no evidence indicating that sightings categorized as “unidentified” were extraterrestrial vehicles.”

• However, a representative for the National Archives said “Our mission is to make records accessible, not to draw conclusions.” Ryan Faith, space and defense policy expert said, “At the end of the day, it’s kind of immaterial what UFOs are until we can somehow, of our own initiative, interact with them.”

Washington, D.C. — You can become a UFO researcher starting with a new display at the National Archives Museum.

The records are a just sample from thousands of pages of unclassified records and items related to Project Blue Book that the National Archives has in its possession. Including things like unedited, unaltered home movies used in the investigation that people from all over the United States shot between 1952 and 1967.

You can access the bulk of the Archives Project Blue Book documents at its College Park location. But if you want to reach full-on ufologist status, what the Archives has may only be the tip of the iceberg.

“Serious research much also include the many thousands of pages of documents released over the years via the Freedom of Information Act (FOIA), UFO historian and author Richard Dolan said. “One can learn much more by studying the declassified literature on this matter via a number of public sources and websites.”

Dolan said the Project Blue Book archives are a good resource. He also pointed to criticism of Blue Book. “Frankly, it was designed (especially after 1952) to explain UFO reports away, rather than actually explain them,” he said.