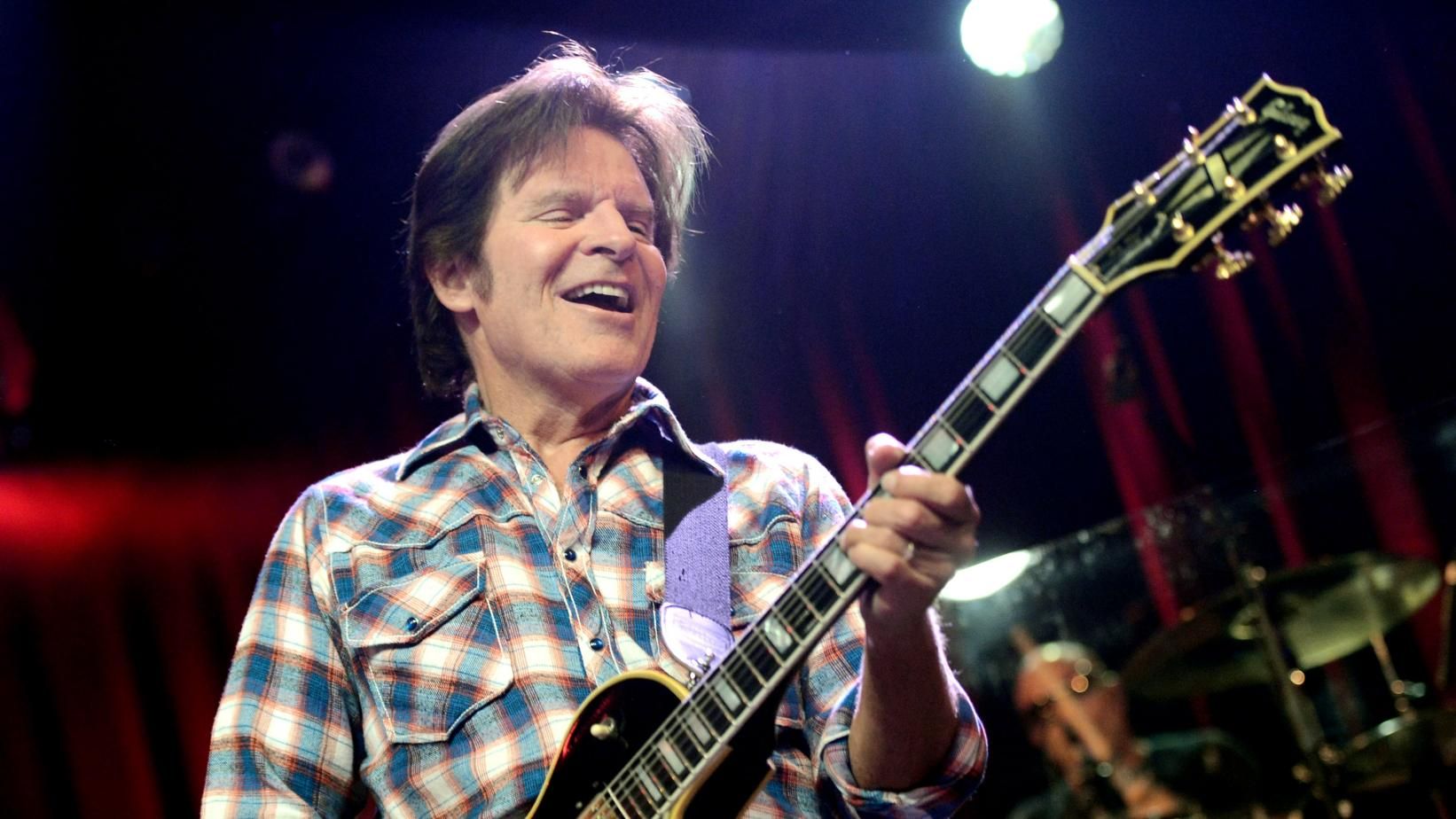 • In his songs, John Fogerty of Creedence Clearwater Revival fame often refers to ‘chasing down a hoodoo’, sensing a ‘bad moon rising’, casting spells and watching the skies. In a recent interview with Las Vegas’ George Knapp, Fogerty confirms his belief in extraterrestrial/paranormal phenomena.

• Fogarty says that he is a “fan” of the UFO/extraterrestrial phenomenon, including Bob Lazar, Area 51 and Roswell. “I’m up on it in a sense,” says Fogarty. “I started quite young. In the ‘50s, it was a great time for a kid growing up to experience the flying saucer phenomenon and the green men from outer space and all that. I saw every science fiction movie that was made, and a lot of the horror ones too.’ Fogerty estimates that he’s watched the sci-fi classic “The Day the Earth Stood Still” about 250 times.

• Classic alien invasion movies inspired him to write “It Came Out of the Sky”, his own prediction of how humans might react to an E.T. landing. (see music video below) It raises the question of whether he has had a personal experience. “I’ve never seen a UFO that I know about, nor have I seen an alien that I know about,” Fogerty says.

• As a youngster, Fogerty had a recurring dream which he wrote about in his autobiography, Fortunate Son. “I was up over the neighborhood, just flying around, you know,” Fogerty recalls, “I had this dream from the time I was 6 until I was about 12. I had the dream over and over and over, and there was always seemed to be a presence, like a person that I was aware of, that I knew, a guide, if you will. I didn’t know what to call it.”

• Another time, Fogerty had an eerie spiritual epiphany at the gravesite of legendary bluesman Robert Johnson. It was a life-changing moment, and resulted in Fogerty and some other famous musicians digging into their pockets to put headstones at the otherwise unmarked graves of several blues artists who had been forgotten.

• During the pandemic, Fogerty has been recording updated versions of his classic Creedence songs and has performed with his family at their home.

MYSTERY WIRE — One of the most successful singer-songwriters of all time is in coronavirus lockdown, like the rest of us. But a year ago this week, he was in Las Vegas to perform a series of concerts, unaware that the concert industry was about to be shut down.

In 2019 John Fogerty performed sold out shows all over the country, unveiled a new concert film, and was slated to

headline a show marking the 50th anniversary of Woodstock, which didn’t happen.

If you think about some of the most famous lines in his best-known songs, he’s chasing down a hoodoo, he senses a bad moon rising and all the calamity that might follow, he casts spells and watches the skies. We suspected there might be more to the story.

Fogerty calls his music “swamp rock.” Dating back to his Creedence Clearwater Revival days, his themes and lyrics are populated with spooky, swampy folklore, whether its chasing hoodoos, dark premonitions, voodoo spells and a zombie or two. Is he a student of the paranormal?

George Knapp: You know about this stuff. You’re knowledgeable. Bob Lazar, Area 51, Roswell. You’re up on it.

Fogerty: Yeah, I’m up on it in a sense. I guess you’d call me a fan. I started quite young. In the ‘50s, it was a great time for a kid growing up to experience the flying saucer phenomenon and the green men from outer space and all that. I saw every science fiction movie that was made, and a lot of the horror ones too.

2:54 minute CCR “It Came Out of the Sky” (‘Creedence Clearwater Revival’ YouTube)