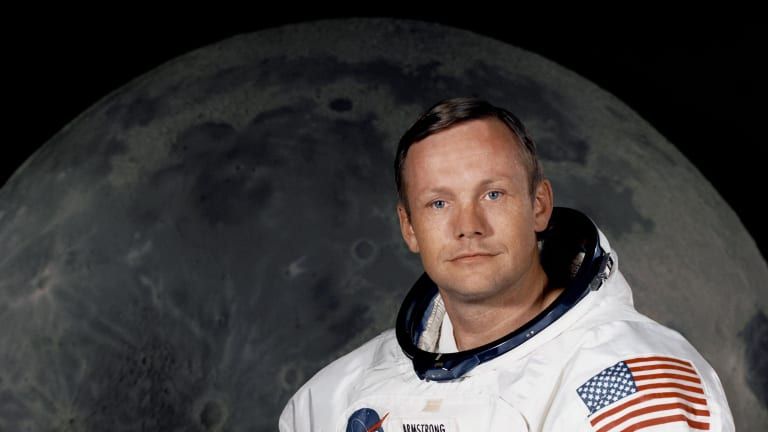 How a NASA Scientist Explains the Truth Behind Moon Conspiracy

• On July 20, 1969, Apollo 11 astronauts Neil Armstrong (pictured above) and Buzz Aldrin became the first men to stand on the surface of the Moon. A popular story is that Armstrong encountered an extraterrestrial presence on the Moon’s surface that forced NASA to drastically alter its lunar plans. Three Apollo missions were canceled, and Apollo 17 became NASA’s final Moon landing in 1972. The space agency’s goals were refocused on constructing an operational space station in low Earth orbit. An unused Saturn V rocket from one of the canceled missions was repurposed and transformed into Skylab – the US’s first space station – which was operational for about 24 weeks between 1973 and 1974. For the past twenty years, astronauts have been living on the International Space Station.

• The seeming lack of progress in NASA Moon missions led many to question whether the Moon landings ever happened at all, or if something had prevented the agency from returning. On December 18, 2007, the NASA Lunar Science Institute was asked directly whether the reason that NASA had not gone back to the Moon was because Armstrong saw alien base camps on Moon. Astrophysicist and interim director for the institute at the time, Dr David Morrison answered, “Although you would never know this from the distorted perspective of some groups that post crazy claims on the internet, there is no scientific evidence for UFOs or aliens; no aliens or alien artifacts were seen on the Apollo or any other human space missions; and such false claims are irrelevant to the space policy of the United States or NASA.” “Fringe groups who believe in UFOs and aliens do not influence NASA space policy, fortunately.”

• In November 2017, Dr Morrison was asked again if it was true that Armstrong saw an alien base camp on the far side of the Moon, and whether other “missionaries” had been sent to the Moon as well. Dr Morrison replied, “It is not true. …There were no aliens on the Moon. Armstrong and other Apollo astronauts saw no evidence of aliens either on the near-side or the far-side of the Moon.” “You seem to be confusing science fiction with reality.” And “they were not missionaries,” Morrison added.

• “Believe me,” said Dr Morrison, “reality is more interesting than this sort of fantasy. And in addition, it is real.” Morrison claimed that the Apollo program was cut short as a result of drastic budget cuts that made the Moon landing effort unfeasible.”There are many complex issues that have determined our human space program for the past 30 years, mostly dealing with politics, technology, and availability of funding.”

• [Editor’s Note]  We know from several sources that Armstrong did see extraterrestrial craft during his visit to the Moon in 1969. Because he was under a strict non-disclosure order, he became close-mouthed and reticent to discuss his feat for the rest of his life, which is strange being the first man to walk on the Moon (as far as the mainstream public is aware).

We know why Armstrong remained quiet about his encounter with alien craft. The question here is why is Dr Morrison claiming that “there were no aliens on the Moon…(there is) no evidence of aliens either on the near-side or the far-side of the Moon,” “… (there is) no scientific evidence for UFOs or aliens…or alien artifacts…”? Is he lying as directed or simply ignorant of the truth? We have learned that the NASA space agency is really two organizations. The NASA that the public sees is merely a front for the Uber-NASA that is far more advanced than its public counterpart. The secret Uber-NASA is one of a handful of secret space programs run by the US government, and one of many out in deep space. This distinction was made at the space agency’s inception in the late 1950s. They brought in former Nazi rocket scientists to create a public space program to get to the Moon using out-dated rocket technology, just to appease the masses. Behind the scenes however, the former Nazis struck a deal to provide the American military-industrial-complex (deep state) with advanced anti-gravity/electromagnetic spacecraft technology so long as American industry assisted the Nazis with the development of the breakaway German colony’s own space fleet under the ice of Antarctica.

High-level NASA administrators know about this hidden history and are sworn to secrecy. Lower level NASA administrators and scientists do not. I would guess that Dr Morrison is not aware of NASA’s secret space program, and is simply regurgitating the disinformation and propaganda that the deep state has instilled into his and the entire mainstream mindset.

On July 20, 1969, Apollo 11 astronauts Neil Armstrong and Buzz Aldrin became the first men to stand on the surface of the Moon. Three years later, NASA astronauts Gene Cernan and Harrison Schmitt of Apollo 17 were the last to do so. In the 50 years since the Moon landing, human space exploration has been limited to low Earth orbit as humans have been living on the International Space Station (ISS) for close to 20 years now.

The seeming lack of progress in sending crews to the Moon has led many to question whether the Moon landing ever happened at all.

Even more bizarrely, many people have suggested over the years NASA did go to the Moon but something has prevented the agency from returning.
A popular myth among online conspiracy theorists is Mr Armstrong saw something on the Moon’s surface that forced the US space agency to drastically alter its plans. Namely, some people believe the astronaut encountered an extraterrestrial or alien presence on the Moon.

On December 18, 2007, NASA was challenged to address the theory, putting to rest rumours of an alien base on the Moon.

A question posed to the NASA Lunar Science Institute read: “If this is not true that Armstrong saw alien base camps on Moon then why no NASA plans for a base station at Moon and there have been no moon missions for the past 20 years or so?”

The question was answered by Dr David Morrison, an astrophysicist who at the time served as the interim director for the institute, now the Solar System Exploration Research Virtual Institute.

He said: “Although you would never know this from the distorted perspective of some groups that post crazy claims on the internet, there is no scientific evidence for UFOs or aliens, no aliens or alien artefacts were seen on the Apollo or any other human space missions, and such false claims are irrelevant to the space policy of the United States or NASA.