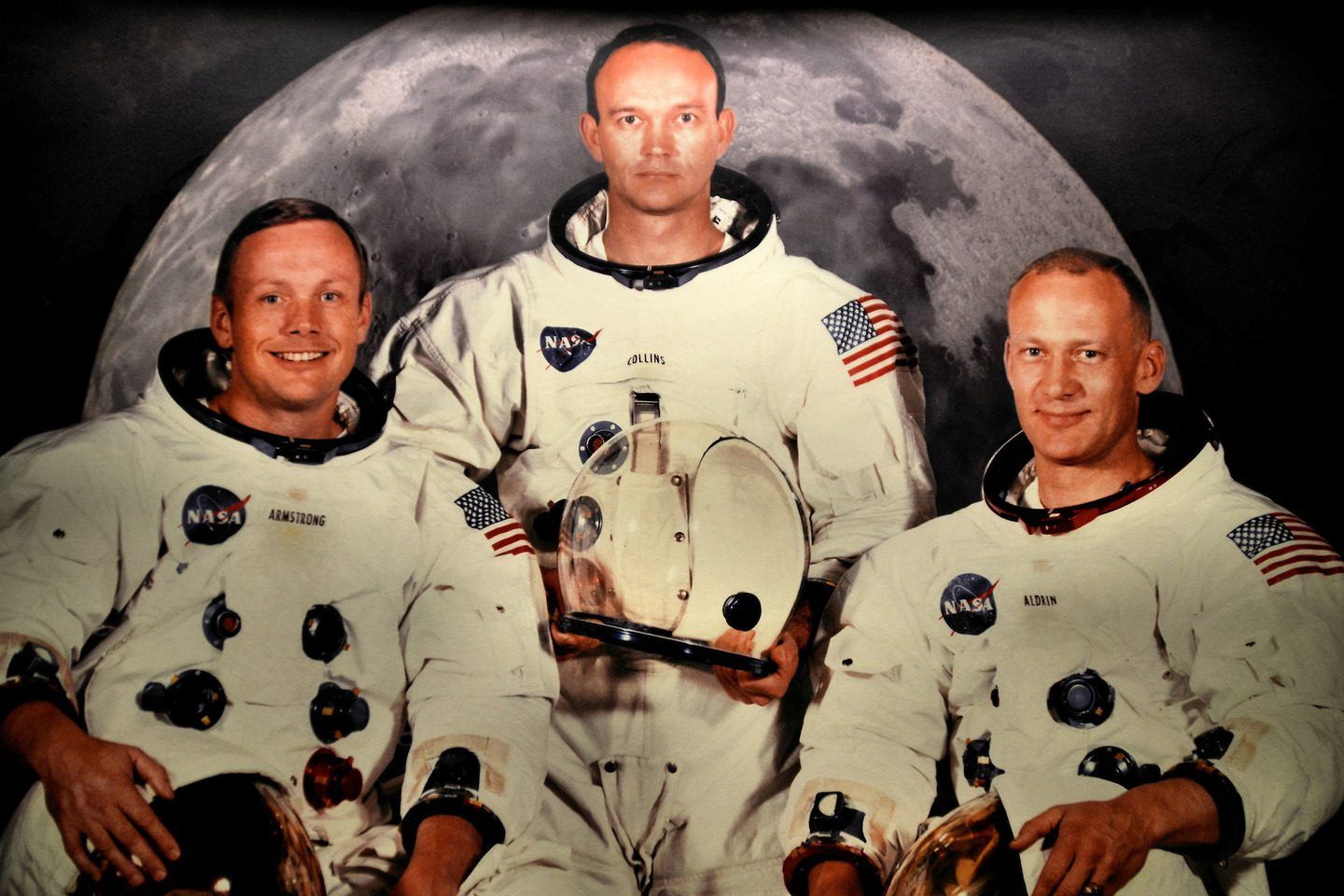 • In the summer of 1969, Michael Collins was the pilot for the Apollo 11 Command Module. When Neil Armstrong and Buzz Aldrin took the Moon Lander to the surface of the Moon, Collins remained in the Command Module and orbited the Moon.

• On the third day of the Apollo 11 mission as the Command Module was traveling to the Moon, Commander Neil Armstrong spotted a nearby object moving roughly on a parallel course with them as they zoomed towards the Moon. The crew guessed that it was the third stage of the Saturn-V rocket that had launched them into space, called the S-IVB. Armstrong radioed Mission Control in Houston and asked “Do you have any idea where the S-IVB is with respect to us?” Mission Control replied. “The S-IVB is about 6,000 nautical miles from you now.”

• Twitter conspiracy theorists went wild, convinced that what the three astronauts saw was an alien spacecraft shadowing them. Later on, Aldrin denied that the Apollo 11 crew had seen a UFO.

• Celebrating fifty years since the Apollo 11 Moon landing, Collins was a guest on an online Twitter chat recently. Collins was asked the typical questions, ie: what food did the astronauts eat, what music did they listen to, and technical questions about the Moon lander. But when one Twitter questioner asked Collins, “Do you believe in life outside Earth?” Collins immediately answered “Yes”.

• [Editor’s Note]   Insiders such as William Tompkins who personally knew the engineers at NASA Mission Control have always known that the Apollo 11 crew encountered unambiguous alien spacecraft on and around the Moon. Several large and menacing spacecraft were parked along the rim of the crater in which the Moon lander had landed. Ham radio operators picked up Armstrong reporting to Mission Control on a private medical frequency that ‘Santa Clause’ was there – code for alien spacecraft. Later, Armstrong would reveal privately to close friends or family members that he had seen these alien craft watching them on the Moon. But of course, they were all sworn to secrecy under the penalty of harm to them or their families. These alien occupants of the Moon didn’t particularly like these earth humans being there, and this is why after the scheduled Apollo missions were finished, NASA never ventured back to the Moon.

Michael Collins was the loneliest astronaut of all time when, in 1969, he orbited the Moon as Neil Armstrong and Buzz Aldrin took the first steps on the desolate satellite.

Alone in the Apollo 11 Command Module, he had plenty of time to think about life in outer space.

And the veteran astronaut has decided firmly in favour of extraterrestrials.

In an online chat this week, marking the 50th anniversary of the first Moon mission, Twitter users asked Michael about the food the astronauts ate, the music they listened to, and the technical side of flying the Moon lander.

But one curious questioner asked “Do you believe in life outside Earth?” 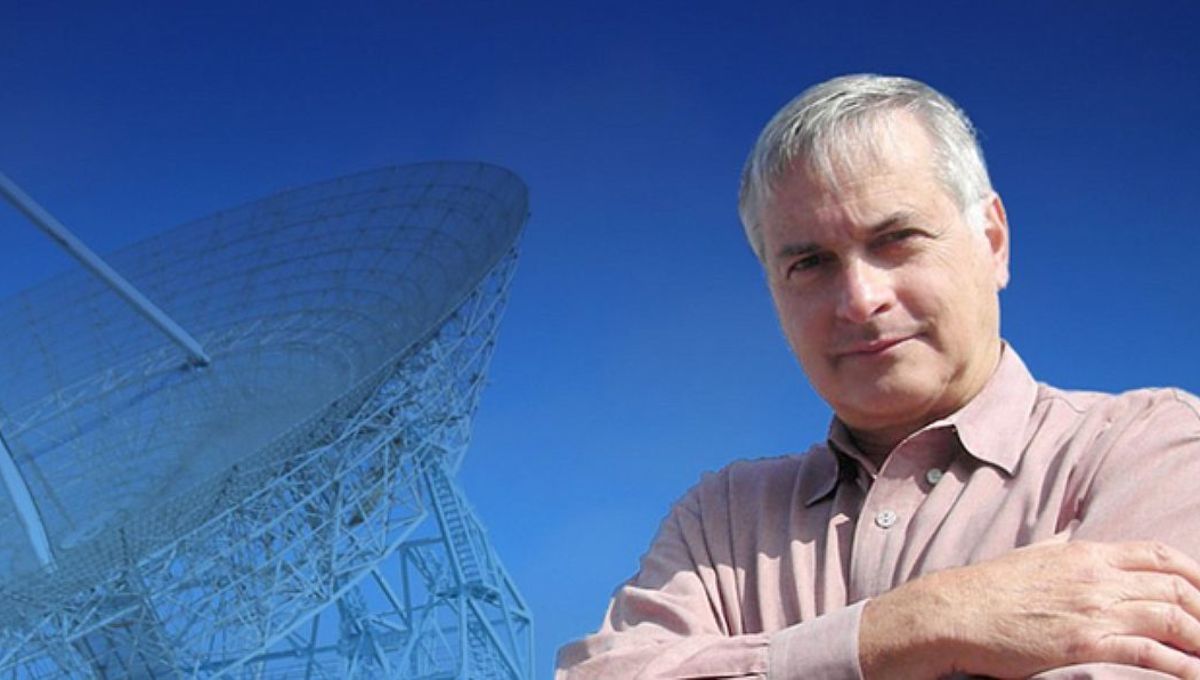 Listen to “E51 8-03-19 A Private Tour of Roswell with a UFO Expert Looking for the Truth” on Spreaker.

• On July 20, 1969, astronauts Neil Armstrong and Buzz Aldrin walked on the Moon. Four days later, the astronauts were quarantined aboard the USS Hornet for a 21-day isolation period. This was to ensure that no potentially hazardous lunar microbes had hitchhiked back to Earth with them. The NASA scientists found no microbial aliens on the astronauts themselves or in the 50 pounds of lunar rocks they brought back.

• Senior astronomer at the SETI Institute, Seth Shostak (pictured above), thinks that the Apollo 11 Moon mission did bring back aliens, in a sense. “Today, about 30 percent of the public thinks the Earth is being visited by aliens in saucers, despite the evidence of that being very poor,” says Shostak. “I think the Moon landing had something to do with that.” Live Science.com recently spoke with Shostak to find out more about how the Moon landing changed the scientific community’s pursuit of aliens and the world’s perception of them.

• LS: What did the Moon landing teach humans about extraterrestrial life?  Shostak: Not too much. By 1969, most scientists expected the Moon would be dead. The Moon has no atmosphere, no liquid, and temperatures that range from hundreds of degrees to minus hundreds of degrees. “It’s awful!” But the Apollo missions showed that you could travel from one world to another on a rocket – and maybe aliens could, too. Suddenly, the universe was a little more open.

• LS: In 1969, did scientists think there might be aliens somewhere else in the solar system?  Shostak: Mars was the ‘Great Red Hope’ of extraterrestrial life in the solar system. People were very optimistic in 1976 when the Viking landers plopped down onto Mars that there would be life. There wasn’t. These days, scientists will suggest looking at the moons of Jupiter or Saturn, such as Enceladus, where geysers shoot possible microbial material right into space, so you don’t have to land a spacecraft on the surface to find it.

• LS: What did the search for extraterrestrial intelligence (SETI) look like around 1969? Shostak: Modern SETI experiments began in 1960 with astronomer Frank Drake and his Project Ozma, where he searched for inhabited planets around two stars using a radio telescope. (After four years of searching, no recognizable signals were detected.) By 1969, SETI research was being conducted informally by people who were working with telescopes in their spare time, looking up the coordinates of nearby stars and hoping to pick up radio waves. It wasn’t really organized until the NASA SETI program began in the 1970’s with a budget of $10 million a year. In 1993, a democratic congressman from Nevada killed the SETI funding, in spite of the fact that the NASA program profited from the public’s fascination with aliens more than from anywhere else.

• [Editor’s Note]  Previous articles have established that Seth Shostak and SETI are Deep State assets whose objective is to lull the public into complacency by reassuring them that every planet and heavenly body, besides the Earth, is ‘dead’ and unable to support life beyond possible microbial life. Lately, SETI and Shostak have been shilling for the restoration of Deep State government funding, so they can line their pockets while maintaining the ongoing Deep State cover-up of a teeming extraterrestrial presence on, within, and orbiting our planet.

On July 20, 1969, astronauts Neil Armstrong and Buzz Aldrin walked on Earth’s moon for the first time in human history. Four days later, they — along with Apollo 11 command module pilot Michael Collins — were locked up on an American battleship in the middle of the Pacific Ocean.

The triumphant astronauts were in quarantine. Per a NASA safety protocol written half a decade earlier, the three lunar visitors were escorted directly from their splashdown site in the central Pacific to a modified trailer aboard the USS Hornet, where a 21-day isolation period began. The objective? To ensure that no potentially hazardous lunar microbes hitchhiked back to Earth with them.

Of course, as NASA quickly confirmed, there were no tiny aliens lurking in the astronauts’ armpits or in the 50 pounds (22 kilograms) of lunar rocks and soil they had collected. But despite this absence of literal extraterrestrial life, the Apollo 11 astronauts still may have succeeded in bringing aliens back to Earth in another way that can still be felt 50 years later.

“Today, about 30 percent of the public thinks the Earth is being visited by aliens in saucers, despite the evidence of that being very poor,” Seth Shostak, senior astronomer at the SETI Institute — a nonprofit research center focused on the search for alien life in the universe — told Live Science. “I think the moon landing had something to do with that.”

Shostak has been searching for signs of intelligent life in the universe for most of his life (and, fittingly, shares a birthday with the Apollo 11 landing). Live Science recently spoke with him to find out more about how the moon landing changed the scientific community’s pursuit of aliens and the world’s perception of them. Highlights of our conversation (lightly edited for clarity) appear below.

LS: What did the moon landing teach humans about extraterrestrial life? 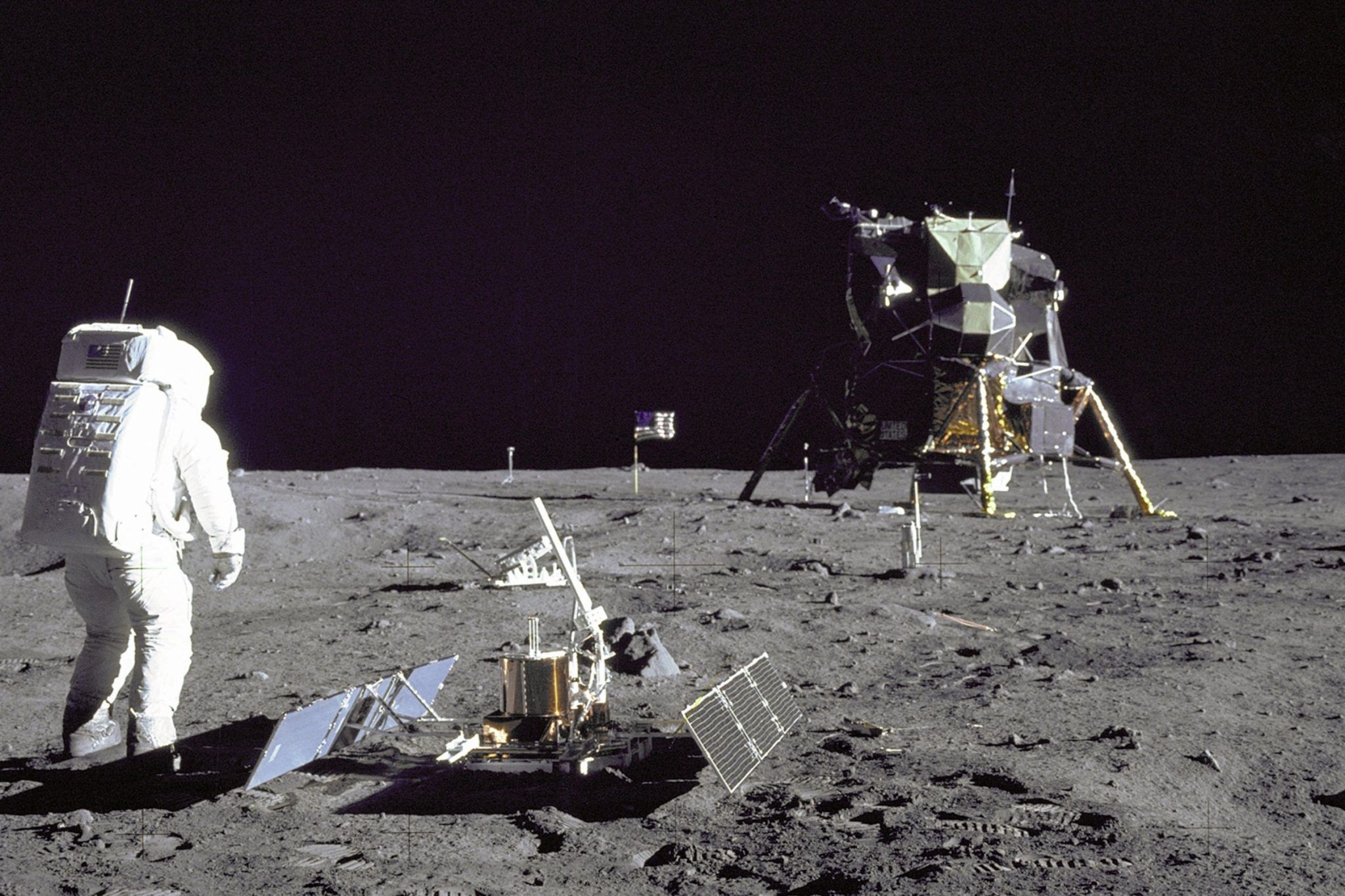 • NASA and the government didn’t want the public to know the truth about what the Apollo 11 astronauts encountered when they landed on the Moon in July of 1969.

• Former U.S. Army Command Sergeant Major Bob Dean, who served for NATO, says that NASA erased up to 40 rolls of film from the mission, including “the flight to the Moon, and flight around the Moon, the landings on the Moon, the walking guys here and there.”

• Founder of the Center for the Study of Extraterrestrial Intelligence, Steven Greer, confirmed that there exists video footage of the Apollo 11 astronauts’ UFO sightings. The footage, however, has never been released to the public. Greer relates how friends and relatives of Neil Armstrong and Buzz Aldrin told Greer that the astronauts saw UFOs on the Moon during their mission.

• On July 8th in an official statement (see here), NASA admitted some of the tapes from the Apollo 11 mission are currently missing and may have been erased. The agency stated on its website that “NASA searched for but could not locate some of the original Apollo 11 data tapes – ‘original’ in the sense that they directly recorded data transmitted from the Moon.”

• “An intensive search of archives and records concluded that the most likely scenario was that the program managers determined there was no longer a need to keep the tapes – since all the video and data were recorded elsewhere – and they were erased and reused,” NASA added. The space agency did not elaborate on the contents or theories surrounding the missing video footage.

Several conspiracy theorists including a U.S. Army officer who served for NATO have openly blamed NASA for covering up the UFOs encountered by astronauts from the Apollo 11 Moon mission. According to them, the space agency allegedly destroyed evidence of the encounter by deleting tapes from the event.

Bob Dean, a former U.S. Army Command Sergeant Major, noted that NASA erased up to 40 rolls of film from the mission. He said this was the agency way of ensuring that the public will never learn about what truly happened during the first human mission to the Moon.

“My government, NASA, which many of us in the United States say stands for ‘Never A Straight Answer’, proceeded to erase 40 rolls of film of the Apollo Program – the flight to the Moon, and flight around the Moon, the landings on the Moon, the walking guys here and there,” Dean said, according to Express.

Dean’s accusations against NASA were strengthened by the revelation of Steven Greer, the founder of the Center for the Study of Extraterrestrial Intelligence. In a video posted on YouTube, Greer said that the friends and relatives of Neil Armstrong and Buzz Aldrin told him that the astronauts saw UFOs on the Moon during their mission.

Greer added that military officials confirmed that there are footages of the astronauts’ UFO sightings. The videos, however, were not released to the public.