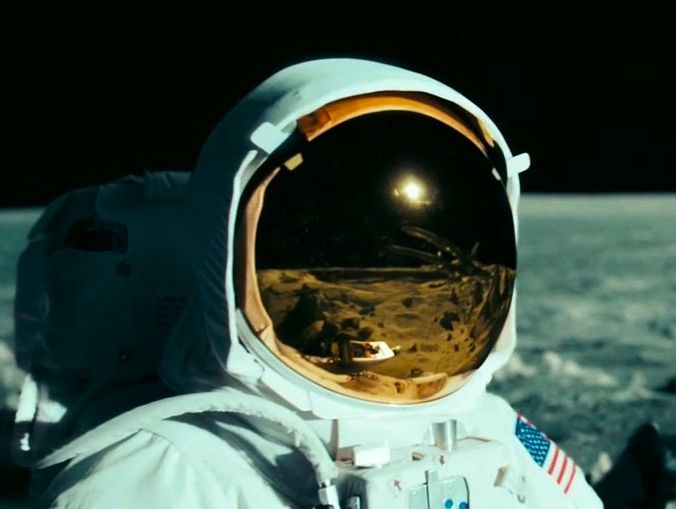 The world mourned the recent passing of Neil Armstrong, the first man to walk on the moon. According to various sources, Armstrong and Buzz Aldrin saw large UFOs observing the moon landing from a nearby crater. Apparently, Armstrong took his moon secrets to the grave. Not so according to Dr Steven Greer, Director of the Disclosure Project â€“ a non-profit organization dedicated to releasing whistleblower testimony of classified UFO projects. Greer spoke to close family members of both Armstrong and Buzz Aldrin who privately confirmed that the latter had seen large UFOs observing the Apollo 11 moon landing from a nearby crater. More significantly, a personal friend of Armstrong told Greer that Armstrong received death threats to keep his moon secrets. If true, both Apollo 11 astronauts and other surviving moon walkers have received death threats to keep their moon secrets.

During his life, Neil Armstrong publicly revealed nothing contrary to the official version of events that took place surrounding the Apollo 11 mission. As far as his public comments were concerned Armstrong didnâ€™t appear to be keeping any moon secrets. There was however a cryptic comment he made during a White House speech celebrating the 25th Anniversary of the Apollo 11 landing that he made on July 20th 1994 that suggested he was keeping moon secrets. While Armstrong struggled to hold back tears with other Apollo 11 astronauts and President Clinton watching, he said:

Today we have with us a group of students, among Americaâ€™s best. To you we say, we have only completed a beginning. We leave you much that is undone. There are great ideas undiscovered, breakthroughs available to those who can remove one of truth’s protective layers. There are places to go beyond belief.

What was Armstrong hiding? What did he mean by “truth’s protective layers?”In an August 27 blog post, Dr Stephen Greer reveals that he spoke with close relatives of both Armstrong and Aldrin who had been told the truth about what the latter had seen on the moon:

Close friends and very close family members of both Neil Armstrong and Buzz Aldrin have separately told me that indeed there were numerous, large UFOs around the crater where the Lunar Module landed and that these were seen by both Armstrong and Aldrin. I have also spoken to military officers that have seen the footage of this event- but it has never been made public. One close family member of Buzz Aldrin told me â€œIt is not my place to out Buzz on this- someday if he can speak about it, he willâ€¦

Greer next revealed that according to a close friend of Armstrong, the latter had received death threats to keep his moon secrets:

When we were organizing The Disclosure Project a few years ago, I asked one of Neil Armstrongâ€™s friends if Armstrong would come to Washington to brief members of Congress at the 1997 Congressional briefing we organized in April of that year. I was told that Armstrong wished he could â€“but that if he spoke about what really happened during the moon landing, that Neil Armstrong, his wife, and children would all be killed. It was put to me this bluntly.

If what Greer was told by relatives and friends of Armstrong and Aldrin is accurate, then Aldrin and other surviving moon walkers have received death threats to maintain silence about what they saw on the moon. Armstrongâ€™s cryptic comment at the White House, and struggle to hold back tears revealed his deep anguish over the momentous truths he was forced to hide. If Americaâ€™s most celebrated astronaut could be so crudely threatened into silence, then ways need to be found to protect Americaâ€™s remaining astronauts so they can come forward to reveal any moon secrets they are hiding.