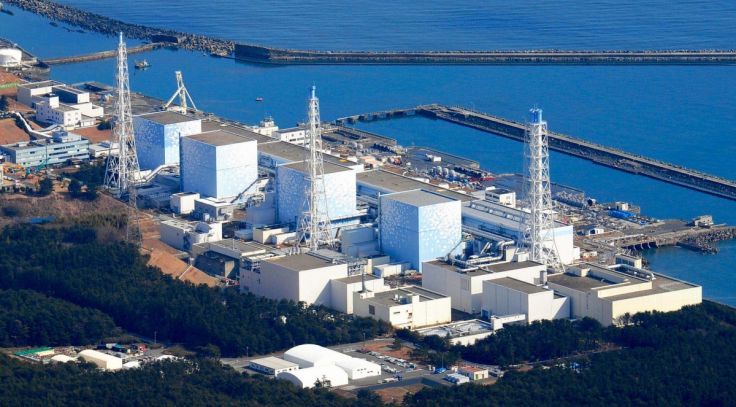 • On a dark night on August 20th, 2019, five glowing UFOs (or five lights on one big UFO) hovering over the Fukushima nuclear plant in Japan (pictured above) was captured on video. In the video, the five glowing lights move eerily in the sky.  (see 13:07 minute video below)

• Conspiracy theorists strongly believe that aliens from the farthest nooks of the universe have been visiting the earth for hundreds of thousands of years to monitor human activities. Ancient cave paintings that show flying ships and alien-like creatures, supporting the fact that advanced extraterrestrials have visited the earth in the past.

• YouTubers claim that this video is an undeniable proof of an extraterrestrial presence. YouTube ‘Shelly’s UFO’ commented that similar lights appeared above the Fukushima nuclear plant just hours before the 2011 earthquake which caused several deaths, and infrastructural damage. Says Shelly, “During the Japan 2011 earthquake I saw on live TV light orbs coming out of the water at the edge the Fukushima nuclear plant.”

• YouTuber David Turner comments, “They sure are paying close attention to what we are doing around the world. Probably don’t like how we polluted the Pacific Ocean after the meltdown in Japan years ago. The aliens care much more what happens to the animals and plant life on our planet, than they do about us.”

hundreds of thousands of years to monitor human activities. As per these conspiracy theorists, ancient cave paintings that show flying ships and alien-like creatures point to the fact that advanced extraterrestrials had visited the earth in the past. Adding up the heat to this theory, popular conspiracy theory YouTube channel Mavixxx has uploaded a video that shows five unidentified flying objects (UFO) hovering above the Fukushima nuclear plant in Japan.

The video uploader reveals that the strange footage was shot on August 20, 2019. In the video, five UFOs with glowing lights on its body can be seen moving eerily in the skies. It is still unclear whether these five lights are from different flying ships, or these are multiple lights from a giant ship.