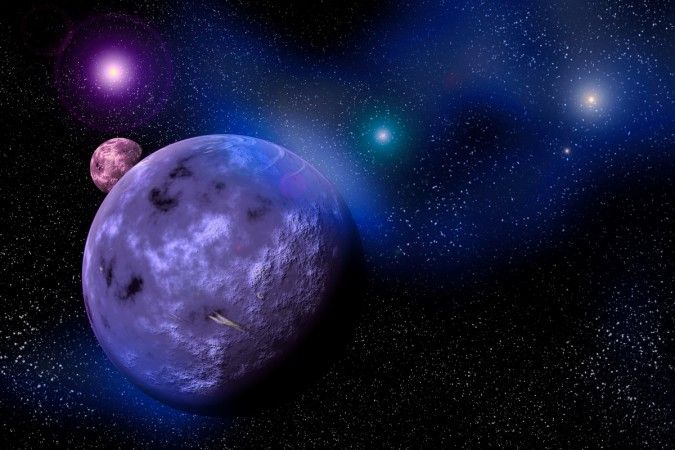 Five clear signs which indicate the presence of extraterrestrial existence:

• Fast Radio Bursts – Bright pulses of radio emissions that last just milliseconds can be detected by powerful instruments located on the Earth. In September, an observatory in Australia detected 20 mysterious signals from deep space, with 19 of them coming from a new source. These fast radio bursts could be sent by advanced alien civilizations to proclaim their existence.

• UFO Activity – YouTube is loaded with a lot of UFO videos. Most of them show triangular craft hovering in the skies. Even the Pentagon has released military videos of UFOs, although neither NASA nor the government have bothered to acknowledge or explain what we are looking at.

• Lake on Mars – In July, NASA discovered a 12 miles wide lake underneath a glacier on Mars providing a habitat for aliens.

• Oumuamua “Asteroid” – Harvard astronomer Abraham Loeb had recently suggested that interstellar asteroid Oumuamua could actually be an alien spaceship due to the unexpected acceleration gained by the object during its course. Loeb also indicated that there might be many alien artifacts lurking within our solar system.

However, there are some visible proofs which raise speculations of possible alien life, sometimes, within our solar system. International Business Times, India presents you with five clear signs which indicate the presence of extraterrestrial existence.

A few days back, a study report submitted by Silvano P Colombano, a top scientist at NASA’s Ames Research Centre has suggested that alien life forms might have already visited the earth.

As per Colombano, aliens from deep space might not necessarily use traditional building blocks of life which is carbon, and this might be the reason why these extraterrestrials went unnoticed in human probes. The NASA scientist also added that the alien beings that visited the earth might be more advanced than humans, and suggested that they could do interstellar space travel.

Mysterious Fast Radio Bursts (FRB) is another crucial sign that aliens might be living somewhere in the universe. Even though most of the FRBs last just milliseconds, their bright pulses of radio emissions can be detected by powerful instruments located on the earth.

Some space scientists believe that these fast radio bursts are being sent by advanced alien civilizations to proclaim their existence.

In December 2017, the Pentagon admitted that they have conducted an investigation program named AATIP (Advanced Areal Threat Identification Program) to unveil the mysteries surrounding unidentified flying objects (UFO). The US agency also released a video of a UFO that performs several manoeuvres in the air, as if it defies all the laws of modern physics.

Apart from this video, YouTube is loaded with a lot of UFO videos, most of them that shows triangular flying objects hovering in the skies. Even though most of these clips have gone viral, neither the NASA nor the United States government has bothered to share their views about these sightings.