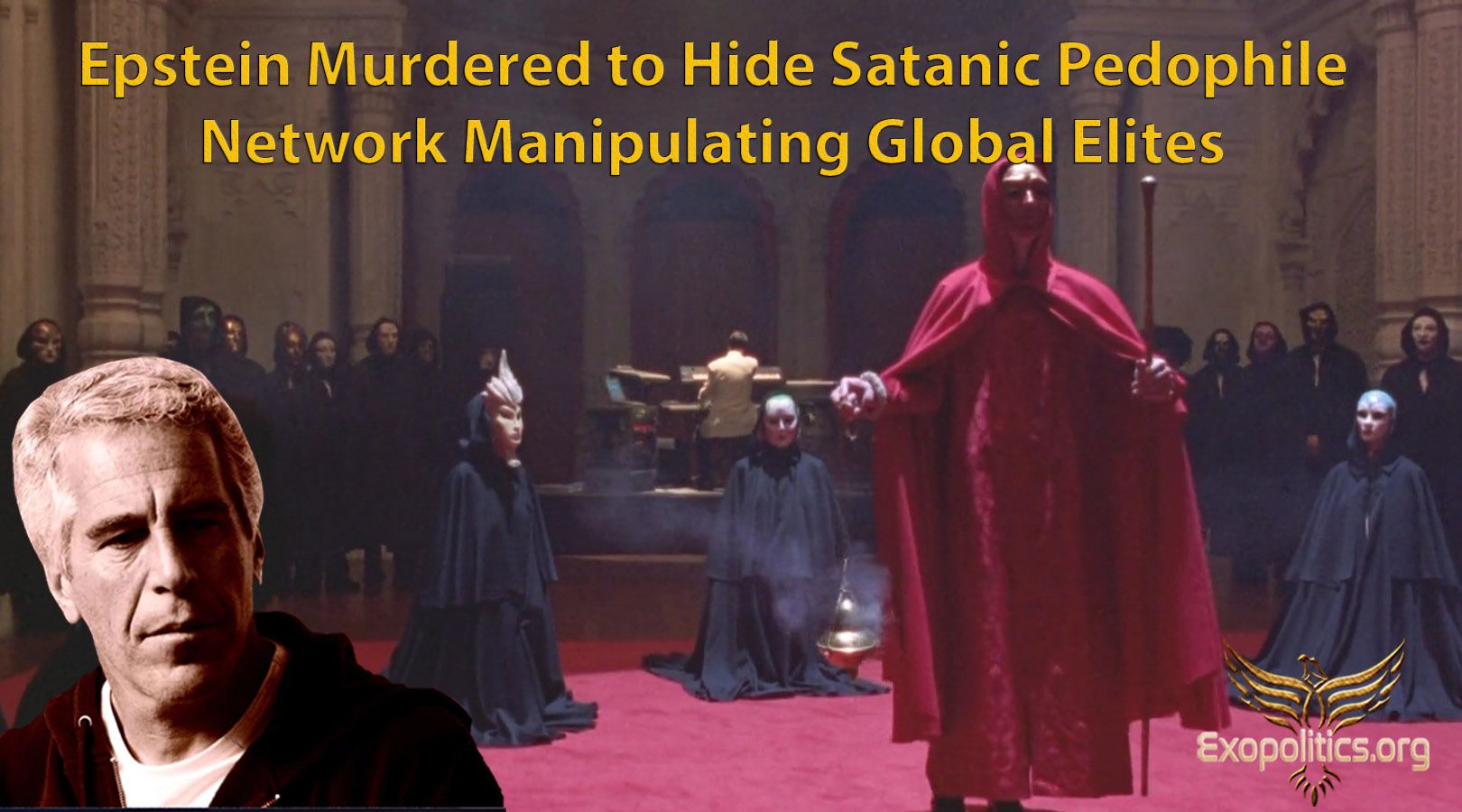 Jeffrey Epstein’s suicide/murder came as a shock to all that believed his imprisonment was an effective means of protecting him from global elites that wanted to silence him and prevent his upcoming trial from ever going forward. The shock from Epstein’s surprising death was even more palpable after the release of 2000 pages of documents on July 9 naming some of the prominent global figures implicated in the international sex ring involving minors.

Especially disturbing was that his alleged suicide/murder came only two weeks after an earlier incident where he was found unconscious after a previous apparent suicide/murder attempt on July 25. His suicide/murder has led to outrage over apparent lapses at the Metropolitan Correctional Center Manhattan, a Federal facility, that left him alone and vulnerable in the early morning hours of August 10.

Such lapses include no camera surveillance during the critical hours when the event happened, guards not conducting the regular 30 minute checks of his cell, and his cellmate being transferred out of the cell only hours before his suicide/murder.

Epstein’s suicide/murder throws a spanner into efforts to expose the full extent of the sex trafficking network that he helped set up, and which would have exposed many prominent individuals. Those identified as having sex with minors procured by Epstein include former President Bill Clinton; Britain’s Prince Andrew; the former Governor of New Mexico, Bill Richardson; and former US Senator/Ambassador George Mitchell.

Many are rightly incredulous that Epstein could have committed suicide or been murdered, and are seriously considering the possibility that it was all staged and he is still alive. Some believe Epstein may have been taken into protective custody by White Hats in the US military in order to reveal his secrets without being silenced. Others claim Epstein has been taken to Israel in a secret deal with the Mossad, where only a limited number of Deep State secrets will be exposed.

While rumors and unsubstantiated theories swirl over what really happened to Epstein, one of the things we know for sure is that the trial which would have provided an opportunity for state’s evidence to be presented exposing his criminal activities will never happen. The stunning disclosures of the full range of his activities that many expected to emerge in a trial may never occur.

While it is possible that key subordinates such as Ghislaine Maxwell may ultimately be arrested and brought to trial, it’s difficult to imagine that such trials would have anything near the impact of Epstein’s.

While media attention has been firmly focused on the widespread sex trafficking that Epstein was involved in with the help of Maxwell and others, there was a deeper and darker layer to his activities, which the mainstream media has avoided.

This darker layer concerns the Satanic Ritual Abuse (SRA) that occurred on Epstein’s private island of Little St James, which I discussed in a previous article based on what the military intelligence group QAnon has revealed. While pedophilia is the initial means by which elites are compromised by the Deep State so they can be exploited, SRA takes such exploitation to a far deeper level.

Elites that participate in SRA are fast-tracked into the most senior positions in the Deep State’s global network. This promotion system is what former Deep State insiders such as Ronald Bernard, a former successful Dutch banker, have revealed with their startling firsthand testimonies.

Bernard explained how the only way he could be promoted in the murky world of international finance, which is largely controlled by the Deep State, was to participate in the abuse of children. The thought of harming children through SRA is what led to Bernard’s emotional breakdown, separation from the Deep State, and why he later decided to come publicly forward.

The second tier, which is far more influential, comprises elites that have participated in SRA, and risen to more senior positions in the Deep State. According to QAnon, the Rothschild family sits at the apex of this international network of Satanic worshippers and practitioners of SRA. Lynn de Rothschild has been cited by QAnon as a prominent Satanist with deep ties to Epstein, Maxwell, the Clinton family and other members of the global elite.

At this point, we need to consider how a global sex trade in minors and SRA are connected to Secret Space Programs and the existence of extraterrestrial life. In a previous article, I explained how SRA is related to the Vatican and Reptilian extraterrestrials who have great influence over the Catholic Church hierarchy.

There is also the galactic slave trade that involves the disappearance of millions of children from around the world every year as also explained previously. Most children are taken off-planet to be used as slaves, while a smaller number are recruited for SRA at elite gatherings such as regularly occurred at Epstein’s Little St James Island.

While the Deep State can deal with the exposure of its global sex trade in minors and have a few prominent individuals exposed, it will do everything possible to stop the exposure of the SRA occurring worldwide that is used to control prominent elites. In addition, the Deep State wants to hide the truth about the Reptilian extraterrestrial element in SRA, and the galactic slave trade that supplies a large pool of minors that elites can sacrifice in their SRA gatherings. These far deeper secrets are what the Deep State hopes to hide with Epstein’s murder.