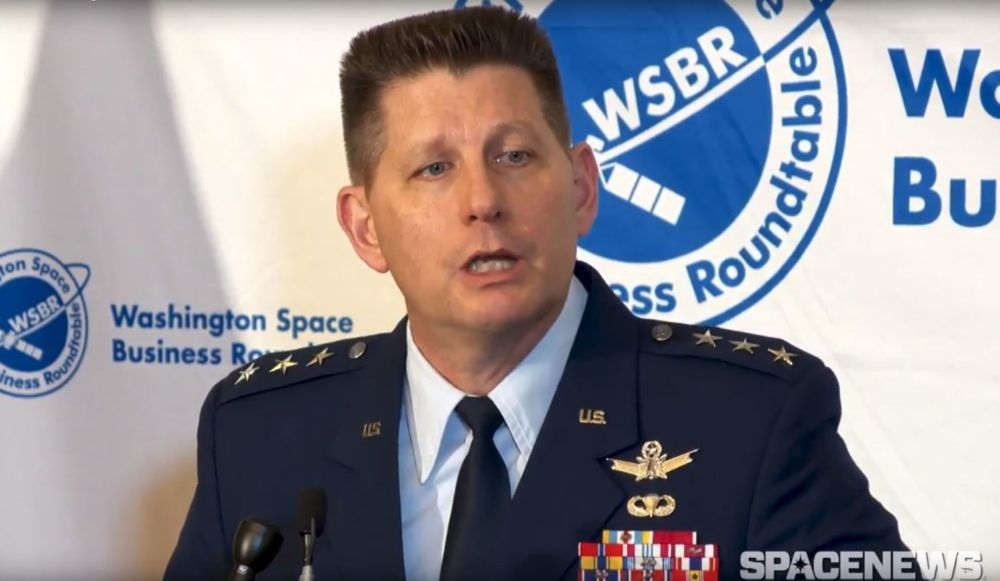 • In an April 15th statement (see here), the US Space Command stated that “satellites, which behaved similar to previous Russian satellites… exhibited characteristics of a space weapon” and that its maneuvers “would be interpreted as irresponsible and potentially threatening.”

• At an event on May 12th, Space Force Vice Commander Lt. Gen. David Thompson (pictured above) said that amid the coronavirus pandemic, “…the Russians’… penchant for unsafe and what I would consider unacceptable behavior in space has not slowed down.” Russia and China continue to launch military rockets and test space weapons, the Vice Commander warned. The US government has postponed several satellite launches due to the pandemic.

Russia and China continue to launch military rockets and test space weapons amid the coronavirus pandemic, a top U.S. general said Tuesday.
“Unfortunately in the case of the Russians, their increasing penchant for unsafe and what I would consider unacceptable behavior in space has not slowed down,” Lt. Gen. David Thompson, the U.S. Space Force vice commander, said at a Mitchell Institute event. “I can’t tell you what they’re doing with their crews and their individuals, but based on their macro-level activities, their cadence has certainly not slowed down.”

“These satellites, which behaved similar to previous Russian satellites that exhibited characteristics of a space weapon, conducted maneuvers near a U.S. government satellite that would be interpreted as irresponsible and potentially threatening in any other domain,” Space Command said in an April 15 statement.