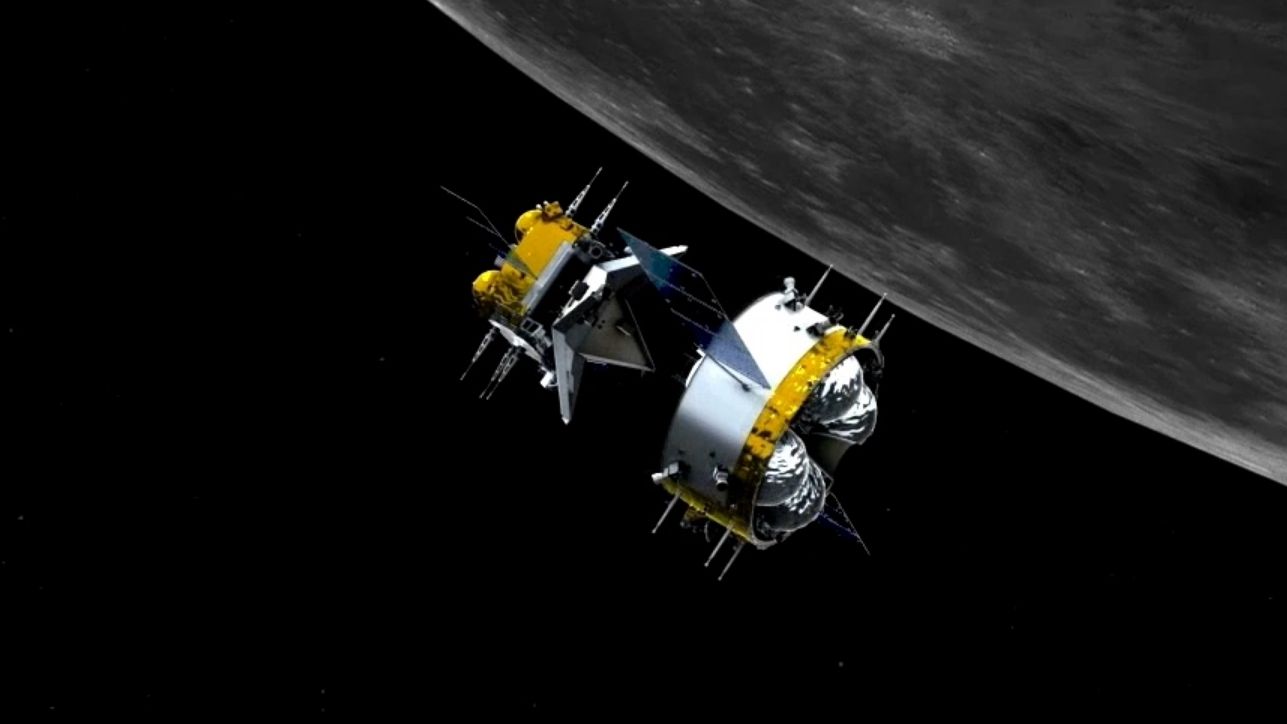 • The Chang’e-5 probe spacecraft (pictured above) that has been on the Moon collecting rock samples, launched from the Moon en route to the Earth, marking the first time that China has launched a spacecraft from an extraterrestrial body. China will be the third country in the world to retrieve lunar samples after the US did so in the 1960s and the Soviet Union in the 1970s.

• On December 3rd, the Chang’e-5 probe was successfully launched into a pre-determined orbit around the Moon. Chang’e-5 will meet with a return spacecraft to get back to Earth and is expected to land in China’s Inner Mongolia region around mid-December.

• China has ramped up its space efforts in the last few years. Earlier this year, President Xi Jinping urged the industry to make China a “great space power as soon as possible.” In June, China launched the final satellite to complete “Beidou”, its rival to the US government-owned Global Positioning System (GPS), which is widely used across the world. And in July, China also launched a mission to Mars called Tianwen -1.

GUANGZHOU, China — A Chinese spacecraft carrying lunar samples has blasted off from the moon and is preparing to come back to Earth.

It’s the first time China has launched a spacecraft from an extraterrestrial body and the first time it has collected moon samples. If the moon samples make it back to Earth, China will be only the third country in the world to retrieve lunar samples after the efforts by the U.S. in the 1960s and the Soviet Union in the 1970s.

At 23:10 p.m. Beijing time on Thursday, the Chang’e-5 spacecraft took off from the moon, according to the China Aerospace Science and Technology Corporation. The spacecraft was successfully launched into a pre-determined orbit around the moon.

The probe will meet with a return spacecraft to get back to Earth and is expected to land in China’s Inner Mongolia region around mid-December.