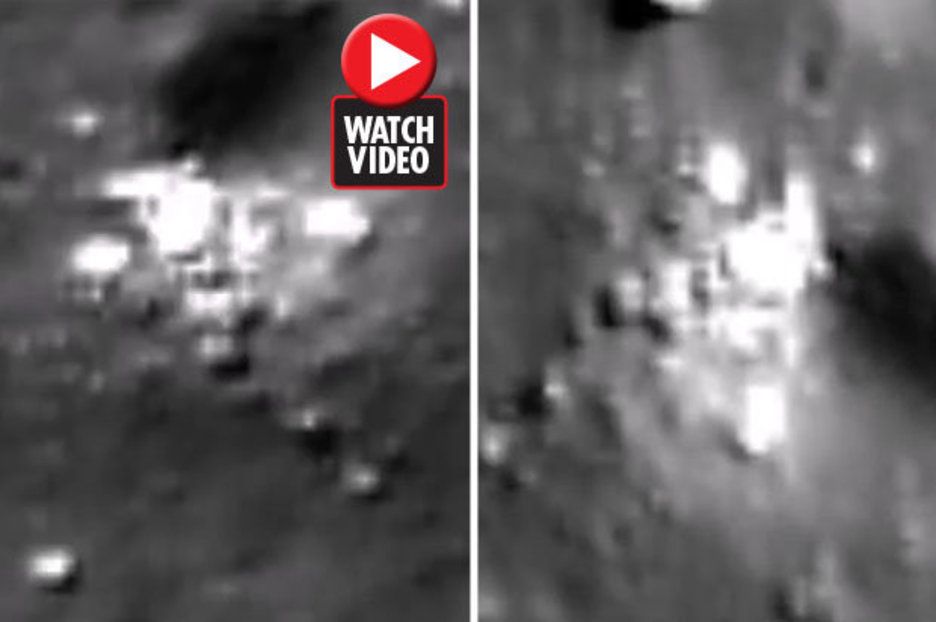 Bizarre ‘Alien Base’ Spotted on the Moon

The footage shows what appears to be a collection of buildings within a small space on the moon’s surface.

Seeming to be alit, the video attempts to expose the structure.

It then pans across the empty ground, revealing other spots of rocky formations.

Uploaded last week, the clip has already racked up more than 8,000 hits.

And viewers were convinced this is proof that space agency NASA is hiding big secrets from the public.

One comment read: “Having a base on Mars would be NASA’s biggest secret.”

Another added: “Sure looks like structures to me…and I’m a skeptic.”

And a third even claimed: “Looks like facilities on the moon. ‘Incredible’ doesn’t do it justice.

“What are they doing? Research?”