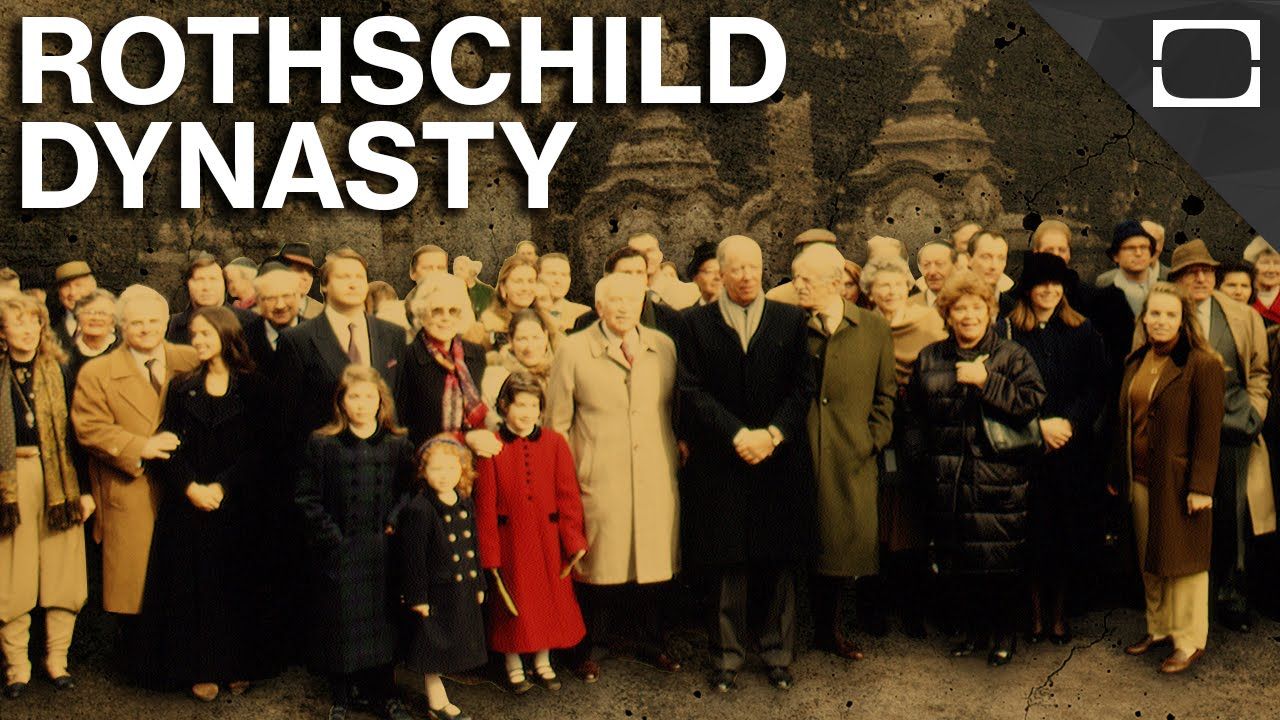 Politician Claims ‘Rothschilds Control the World Bank & Federal Government, As We All Know’

• At a February 27th Mayor’s Council breakfast, while discussing the Rockefeller Foundation’s ‘resilient cities’, Washington DC District Council member Trayon White was quoted as saying, “The Rothschild’s control the World Bank, as we all know….They really pretty much control the federal government.” By control, we mean they basically own the money supply and global resources, and therefore they control global geo-politics.

• The Procter & Gamble heir, Foster Gamble, spoke of his family’s position, “I’ve come to an inescapable and profoundly disturbing conclusion… that an elite group of people and the corporations… have gained control over not just our energy, food supply, education, and healthcare, but over virtually every aspect of our lives: and they do it by controlling the world of finance…. by actually controlling the source of money.”

• In the beginning of the 20th century, New York City Mayor John F. Hylan was aware of the reach and influence of Wall Street. ““The real menace of our Republic is the…little coterie of powerful international bankers [who] virtually run the United States government for their own selfish purposes. They practically control both [political] parties…[and] the majority of the newspapers and magazines in the country.”

• Today, corporations dictate government policy. There is typically a revolving door between governmental regulatory agencies and the upper management in the corporations that they purport to regulate (or not). This is especially true in the banking industry. Of course, the Rothschilds also have major control over big international oil interests as well.

• It’s clear that it is not a government of the people that is making the decisions, but a small group of the powerful elite with their own specific interests. We’ve had to live with a great deal of greed and deception on this planet. But as we are in the process of becoming aware of it, we are in the process of transforming this global elitism for the benefit of the people.

• [Editor’s Note] But they don’t just control things here on Earth. The global elite have become so enormously wealthy that they not only joined the off-world breakaway civilization in the 1970’s with the establishment of corporate work colonies and production outposts throughout the solar system, but the Interplanetary Corporate Conglomerate has eclipsed even the U.S. military’s secret space programs to become the most powerful human off-planet faction in our star system, trading in commerce with nearly a thousand different inter-galactic species.

Within the past five years alone, it’s truly amazing just how many people have become aware of important information that was once, absurdly, labeled as a mere conspiracy theory. There are too many examples to list, with perhaps the latest being the UFO footage that was just released by the Pentagon, or perhaps, the Edward Snowden NSA surveillance leaks are a better example. Prior to these leaks, if you told somebody that the government (intelligence agencies) were spying on you and that they were using your TV, phone, computer and more to do so, you’d probably get a few raised eyebrows.

So, on a positive note, it’s very encouraging to know that the world is waking up and another fact, which some people still enjoy placing in the conspiracy realm is that a few families, such as the Rothschild’s, completely control the World Bank and multiple federal governments. By control, we mean they basically own the money supply as well as having high ownership in global resources, thus controlling global geo-politics and more.

Before you continue, keep in mind that a number of politicians of high rank have brought up similar issues. Trayon White Sr (D-Ward 8) may not be a high-ranking politician, but he represents the awareness that’s creeping into the system and bringing up some important points.

In a Mayor’s Council breakfast on the 27th of February, he stated that “The Rothschild’s control the World Bank, as we all know….They really pretty much control the federal government, and now they have this concept called resilient cities in which they are using their money and influence into local cities.”

White’s comments have been painted as anti-Semitic, but they’re not at all…he is in no way insulting or discriminating against Jewish people.

As most of you reading this probably already feel, it’s hard to see how we really live in a democracy. With elections full of fraud and deceit, and the corporate stranglehold that currently plagues the American government, it’s quite clear that it’s not the people making the decisions, but a group of powerful people with specific interests.

Foster Gamble, heir to the Procter & Gamble corporation who took a different path then that of, as he puts it, “being groomed for the establishment,” puts it quite well: “As difficult as it was for me, I’ve come to an inescapable and profoundly disturbing conclusion. I believe that an elite group of people and the corporations they run have gained control over not just our energy, food supply, education, and healthcare, but over virtually every aspect of our lives: and they do it by controlling the world of finance. Not by creating more value, but by actually controlling the source of money.” This quote comes from Gamble’s documentary film, Thrive, which has now been viewed over 100 million times worldwide.

A power has risen up in the government greater than the people themselves, consisting of many, and various, and powerful interests, combined into one mass, and held together by the cohesive power of the vast surplus in the banks. – John C. Calhoun, 7th Vice President of the United States

And here is another great quote from John F. Hylan,“The real menace of our Republic is the invisible government, which like a giant octopus sprawls its legs over our cities, states and nation…The little coterie of powerful international bankers virtually run the United States government for their own selfish purposes. They practically control both parties…(and) control the majority of the newspapers and magazines in the country.”

And another that really gets this point across,“Political parties exist to secure responsible government and to execute the will of the people. From these great staffs, both of the old parties have ganged aside. Instead of instruments to promote the general welfare they have become the tools of corrupt interests which use them in marshalling [sic] to serve their selfish purposes. Behind the ostensible government sits enthroned an invisible government owing no allegiance and acknowledging no responsibility to the people. To destroy this invisible government.” – Theodore Roosevelt

This secretive and shadowy government represents the Deep State, a term now used to describe the stranglehold those who control this Deep State have on global politics and economics.