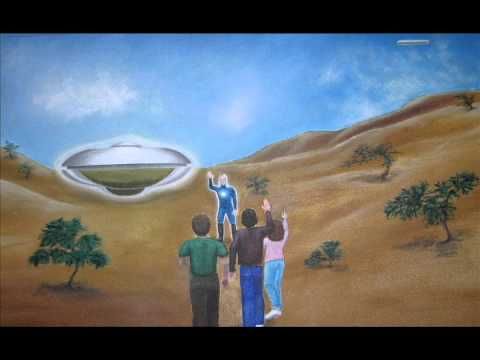 Are UAPs a THREAT? SOME OF THEM A THREAT? NO THREAT AT ALL?

Come on, let’s try to think about these issues with greater granularity…or detail about the threat issue because we (all of us) tend to oversimplify and choose sides. I recently saw a video in which the anti threat + consciousness accepting position was stressed in excess, forgetting about the few negative interaction accounts in Ufology.
For what we seem to know out of decades of contact research and analyzing behavior, most are not an actual threat (technology + bad intentions or hostility against us). Some …a few are an actual threat, but they possibly are (for the most part) under a certain control or, according to some contactees (under an apparent agreement with a large confluence of several groups) not to exceed in their activities. There’s complexity here.
Our need to understand through over-simplification may be our own primary internal “enemy.”
Yes, there are SOME cases (a minority) that seem to be “negative.”
Depiction of a craft throwing a blood-suctioning beam on some individuals as was seen in Colares, Brazil, and thoroughly researched by the Brazilian Army.

Perhaps 6-9% according to the anonymous, international, FREE Foundation survey with more than 3,000 contact experiencer anonymous respondents and considering knowledge about a few verified hostile cases like the Colares case in Brazil (and what current cattle mutilations in Argentina and Skinwalker Ranch or other places might mean) relate to the actual threat that -according to some serious contact experiencers – are under control or functioning under some agreed-upon limitations.

But we also need to find out who among “them” already is or can be our FRIENDS and ALLIES in spite of our current human frailties. And some serious contact experiences that have provided evidence over decades appear to show that specific varieties have respected us integrally during more than 40 years of interactions.

But since – among many of the movers and shakers – there is no direct knowledge about who is who among “them,” naturally, for any military, aviation, and national security evaluation team most have to be considered a “POTENTIAL” threat. However, whether we are supposed to depend on external protection forever or evolve in consciousness and – perhaps – not need external protection is an open question.
Moreover, as a species, we should be careful not to extend our own bellicose ways into space with nuclear weapons and especially directed against otherworldly civilizations in unfounded ways, without becoming part of a more inclusive exopolitical inter-world/inter reality agreement! At least not until we mature as a unified species worldwide that takes care of its planetary life and of its own members!
Thus, I can agree with Dr. Greer in some issues but not in his “all are benevolent,” absolutist stance. And I also agree about some issues with the ‘space brother’ crowd (in which I participate) that – in more recent times – has acquired a more balanced view in general. This means that (in spite of popular misconceptions) the entirety of this “crowd” doesn’t necessarily believe that “all are benevolent.” Again, we need to try to think with greater granularity and to… “CONNECT THE DOTS.”
UAPs: THREAT? SOME THREAT? NO THREAT?
We need to teach ourselves to overcome the habit of dichotomizing and over-simplifying things.  It is the tendency of our unprepared human minds to rely on fractional thinking, choosing the information that confirms our beliefs (cognitive bias), getting us into mutually distrusting identity groups based on our sacred partial beliefs and this doesn’t allow our species to move forward in understanding. But if we ‘grow up’ and enough of us reach a plateau of stable integrative values, thinking, activities (as oftentimes benign extraterrestrial entities tell “experiencers” that we are capable of doing), then we may be able to establish a reasonable degree of public open contact with the kindest types of non-human intelligent beings that we can choose. Through it, we may not just learn who is who among the intelligences behind the UFOs but also learn about the rules and principles governing a cosmic society probably waiting for us to join.
What if besides the potential threat of an object that approaches our airplanes and some weird cases of cattle mutilation and a few deleterious cases there is some simple people that have been maintaining a close, friendly and mutually respectful relationship over decades of “working” good causes with benevolent extraterrestrials, like in the Amicizia case from Italy and some Mision Rahma groups or participants capable of working in a sincere ad rational way? Should contacteeism remain a taboo or become a possibility for learning about who is who among “them?”

To get a better handle on who is who in the non-human exopolitical community we also need to invest time in direct contact experience efforts and studies of the information bequeathed to us by persons that have allegedly experienced such contacts. And this includes remote viewing testimonies of vetted and credible former military viewers like former Sargeant Leonard E. Buchanan who mentions a whole variety of friendly and unfriendly psychic and non-psychic gray-type beings and other types of friendly and unfriendly ETs. This is after being asked to research the cases that project Blue Book had to admit as proven.
But is the only reason that the “threat” narrative is so much mentioned because it mobilizes politicians? Because it is sincere and natural to consider a “potential threat?” Because it is convenient either to lay the ground for a fake extraterrestrial invasion that would give more power to the powers that be? All of the above? Some of the above?
If we really find these issues important and care to find out, we really need to engage in a really serious COMPREHENSIVE study!
Total
25
Shares
Share 25
Tweet 0
Pin it 0
Share 0