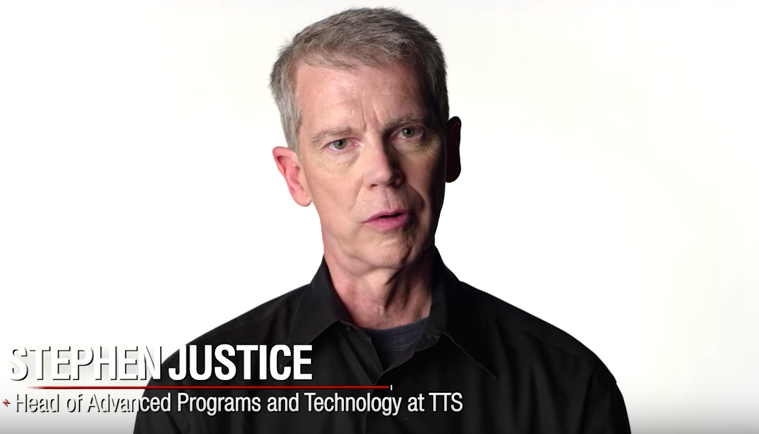 • In this 1min 14 sec video (below), former Director of Advanced Systems at Lockheed Skunkworks, Steve justice, describes an advanced propulsion technology (or rather, teleportation technology).

• Lockheed Martin is a military contractor known for building some of the most advanced technologies known to man, but which have been hidden in Black Budget programs that have absolutely no oversight from Congress. The same type of secrecy surrounds what is known as The Secret Space Program.

• Recently retired from Lockheed, Justice has joined Tom DeLonge’s ‘To The Stars Academy’ to help in releasing government video and documents pertaining to the UFO phenomenon, to bring forth technologies that will help humanity thrive.

• Mr Justice says that it would be an understatement to call the technologies he’s been around, worked with, and seen “revolutionary”. In particular, Justice describes a “point-to-point transportation craft that will erase the current travel limits of distance and time… by employing a driver system that alters space-time metric”. This technology “mimics the capabilities observed in unidentified aerial phenomenon”. In other words, this technology is derived from UFOs that utilize a device that solves the problem of distance and time, making it easy to travel ‘impossible’ distances in a short period of time.

Lockheed Martin is a military contractor that manufactures advanced aircraft and propulsion systems. They’re known for building some of the most advanced technologies known to man, and for years, all of the engineering, science, and technology, for the most part, has been locked up in Black Budget programs that have absolutely no oversight from Congress. This is according to a 1997 U.S Senate report. This means that nobody, not even those who have ‘high level’ positions within the military, political, and intelligence communities, knows exactly what’s going on.

Many of these programs are completely unacknowledged, and the United States has had a history of government agencies existing in secret for years. While the National Security Agency (NSA) was founded in 1952, its existence was hidden until the mid 1960s. Even more secretive is the National Reconnaissance Office, which was founded in 1960 but remained completely secret for 30 years, along with all of the technology it was using.

The same type of secrecy surrounds our space program, and what’s now known as The Secret Space program. Who knows what’s really going on up there.

“It is ironic that the U.S. would begin a devastating war, allegedly in search of weapons of mass destruction, when the most worrisome developments in this field are occurring in your own backyard. It is ironic that the U.S. should be fighting monstrously expensive wars in Iraq and Afghanistan, allegedly to bring democracy to those countries, when it itself can no longer claim to be called a democracy, when trillions, and I mean thousands of billions of dollars have been spent on projects about which both the Congress and the Commander in Chief have been kept deliberately in the dark.” – Former Canadian Defence Minister Paul Hellyer

This is why when Steve Justice, the recently retired Director of Advanced Systems at Lockheed Skunkworks, signed on board with To The Stars Academy, it raised some eyebrows. To The Stars is an initiative to let the public know that Unidentified Flying Objects are real, and they commonly perform maneuvers that defy our known laws of physics. It’s goal, one out of many, is to bring forth these technologies that have been locked up in the black budget world in order to help humanity thrive.

They will be working directly with the U.S. government to release video footage, documents, and more. Now, what does this all mean? What are the intentions? Who is providing these people with information, and who is providing the U.S. government with information? Those are completely different topics, but it would be sensible to exercise caution, as it’s not uncommon for Western governments, corporations, and media to deceive us, to twist stories for their own personal gain. This is also a possibility with regards to the UFO phenomenon.

So, what did Mr. Justice have to say? Well, a lot of things. One of the first statements he made using the To The Stars platform is that, when it comes to the technologies he’s been around, worked with, and seen, it would be an understatement to call them revolutionary.

He also stated, while discussing the concept for the craft that To The Stars plans to build, the following: “This is a concept for an international point-to-point transportation craft that will erase the current travel limits of distance and time. It mimics the capabilities observed in unidentified aerial phenomenon by employing a driver system that alters space-time metric. We have glimpses of how the physics of this works, but we need to harvest technologies from the Science Division to “realize” the capability.”

“There is another way, whether it’s wormholes, or warping space, there’s got to be a way to generate energy so that you can pull it out of the vacuum, and the fact that they’re [extraterrestrials] here shows us that they found a way.” – Jack Kasher, Ph.D, Professor Emeritus of Physics, University of Nebraska.