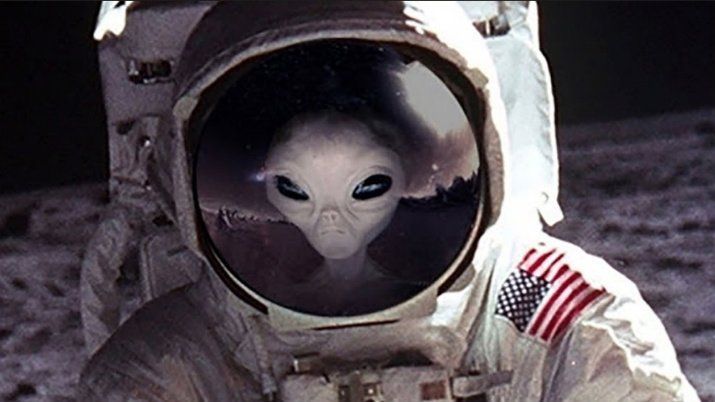 • SpaceX, the private space company led by South African billionaire Elon Musk recently revealed that they have delayed their plans to send private customers into the orbit of the Moon, citing “technical challenges”.

• A video by ‘Disclose TV’ and posted on the YouTube channel ‘UFO Mania’ (see 2:35 minute video below) suggests that the real reason behind the delay in the mission is related to extraterrestrials. Most of the commenters on the video argue that the reason behind the delay could be the presence of extraterrestrials on Moon. They believe that way back in the early 1970’s aliens warned humans never to come back to the Moon.

• Donald Trump’s 2017 Directives indicated that the United States was planning another manned-mission to the Moon. Then NASA announced that it canceled its Moon Rover program. Conspiracy theorists proclaimed that aliens are living in secret underground bases on the Moon, and that NASA and the U.S. government is intentionally covering-up the presence of aliens on the Moon.

SpaceX, the private space company led by South African billionaire Elon Musk recently revealed that they have delayed their plans to send private customers to the orbit of the moon, raising suspicion over manned moon missions per se.

As per SpaceX, it is some technical issue which compels them to delay the mission but conspiracy theorists are not ready to believe Elon Musk and his company, and they have already put forward a theory surrounding aliens and extraterrestrials.

Something mysterious behind the mission’s delay?
A video uploaded by conspiracy theory YouTube channel ‘UFO Mania’ suggests that the real reason behind the delay in the mission could be something related to extraterrestrials. Using inputs from ‘Disclose TV’, the narrator of the video mostly talks about SpaceX’s Falcon 9 rocket in this clip. However, it is crystal clear that the conspiracy theory channel is not convinced with the technical issue explanation put forward by Elon Musk and his team.

“The company is also facing queries regarding the practicality of its flagship Falcon Heavy rocket which was launched for the very first time earlier this year. The rocket was the most powerful of its kind to leave the Earth’s orbit since the Apollo missions and so its launch, and the various technical problems which beset the team working on the project received widespread media scrutiny and scrutiny from industry experts,” said the conspiracy theory channel.

General public reacts
The video has already gone viral, and viewers were quick to speculate the real reason behind the moon mission delay.

Most of the people who watched the video strongly argue that the actual reason behind the delay could be the purported presence of extraterrestrials on Moon. These people believe that aliens have warned humans never to come back to the moon way back in the early 1970s.