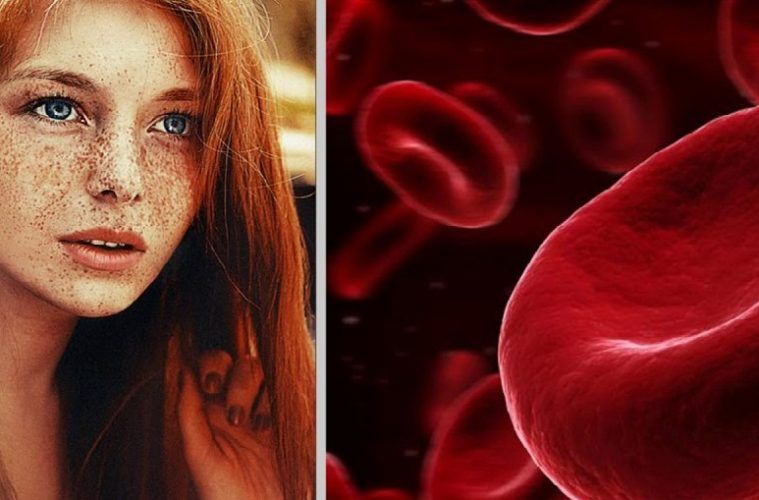 According to a New Theory, People With Rh-Negative Blood Don’t Come From Earth

• Some say that the fifteen percent of people who have Rh-negative blood could be a separate humanoid species from the majority. A pregnant woman’s own blood might attack an Rh-positive fetus in the womb. Rh-negative blood has the exclusive ability to withstand or resist certain diseases. The Basque area of Spain has the highest percentage of people with Rh-negative blood at thirty percent.

• One theory suggests that people with Rh-Negative blood are descendants of the Hyperborean race, a blonde-haired and blue-eyed race of humans. Hitler believed them to be the superior Aryan race. And some link this race to Jesus of Nazareth.
• Might this blonde race (or sometimes red-headed) have been another human race on Earth, bred by extraterrestrial geneticists? Or are they the extraterrestrials themselves, stranded on Earth for some reason?

• [Editor’s Note]  The possibilities don’t end there. There must be more than a dozen unexplained humanoid races or species ranging from the Neanderthals and Denisovans to the truly alien looking humanoids such as the Nazca and Paracas mummies in Peru.  A new one seems to show up every year. It supports the theory that we are a hodgepodge of humanoid races and species dumped on this planet to either save them from a cosmic war or calamity, or to mine Anunnaki gold.  My question is, were/are the Nazi Germans, who were selected to serve in the Dark Fleet space fleet alongside the Draco Reptilians, Rh-negative?

So, being that I myself, am someone who has RH negative blood, whenever I see something posted about how people with this blood type are alien, from another planet or are part of a special blood type I have been intrigued to learn more. I mean, I already know that I’m special, but is there some actual evidence to prove this? If so, I’ll take it.

You may have heard of the theories that those with Rh-negative blood actually have a kind of alien DNA. These theories exist because it is very difficult to explain why around 15% of the population have this type of blood. One factor worth considering is that monkeys – even though we apparently came from the same ancestor – do not have Rh-negative blood. All monkeys are Rh-positive, which I guess means that monkeys are not aliens, and potentially that we aren’t related to them after all? If we were, wouldn’t they carry the same blood type as us? The highest grouping of people who have Rh-negative blood live in the Basque area of Spain and around 30% of this population is Rh- negative.

Interestingly, if a woman who is Rh-negative is pregnant with a baby who is Rh-positive, her body may recognize this child as a foreign being and develop antibodies to attack it because Rh-positive and negative blood do not mix. Luckily with the assistance of modern medicine, there is a treatment that the mothers can have to prevent this from happening.

Those with Rh-negative blood also potentially have an ability to withstand or resist certain diseases, one in particular is a parasite called Toxoplasma. This can invade the body and damage the brain, especially in babies.

So, Where Did The Alien Idea Come From?

The most likely reason for this idea comes from the fact that it’s such a small percentage of the population and that the Rh-negative blood typed woman would terminate the pregnancy of an Rh-positive baby. Perhaps this human is not meant to procreate with the other type of human? Who really knows, but there are all sorts of fun theories floating around the internet, but as with many other things of this nature there is no real way to prove these theories.

A theory presented on Ancient-Origins suggests that the Rh-negative gene represents a completely separate branch of humanity that interbred with the “original” branch that came out of Africa, this theory also suggests that those with the Rh-Negative blood are descendants of the Hyperborean race, which is believed to be the real, original human race. Those who believe this idea also believe that this race was blonde-haired and blue-eyed – yes, this is similar to the belief of Hitler who believed that the Aryan race, also blonde-haired and blue-eyed, was the superior and supreme human race. Some followers of this theory also believe that this race includes most spiritual teachers, including the fairly well known, Mr. Jesus Christ.