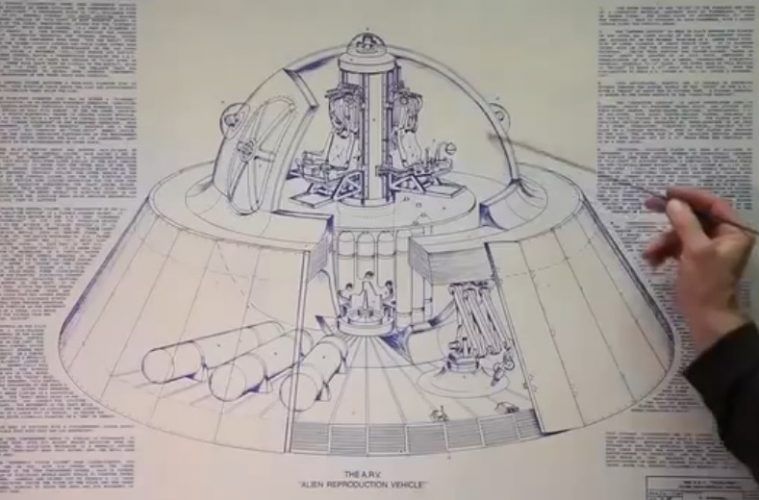 • [Editor’s Note] This article’s title is misleading. It should be called ”Wake Up and Smell the Coffee! Yes, UFO’s Exist! Are You Mind-Controlled or Just Stupid?”

• It’s no secret that the world is fascinated with the idea that intelligent extraterrestrial life did, and currently could be, visiting our planet, and regularly. The unfortunate part about the phenomenon is that the world rarely sees evidence for it presented in a credible way.

• Nearly all mainstream media outlets, news anchors, and journalists do more harm than good, discrediting a topic that has plenty of proof behind it. Either it’s not discussed at all, or it’s done through ridicule.

• Today, there are hundreds of people and documents that have shown, beyond a doubt, that UFOs exist. Documents and video show objects travelling at unattainable speeds, and performing maneuvers that no known aircraft can perform. Some UFOs could be extraterrestrial and others our own advanced technology.

• The programs doing this exotic work exist and are known as Special Access Programs (SAP). From these we have unacknowledged and waived SAPs. These programs do not exist publicly, but they do indeed exist. They are better known as ‘deep black programs.’

• So, if you’re a believer in the extraterrestrial hypothesis for a possible explanation for the already verified UFO phenomenon, you’re not alone, and you are in good company.

It’s hard to know where to begin when writing on a subject that seems to top the Google search engine charts year after year. It’s no secret that the world is fascinated with the idea that intelligent extraterrestrial life did, and currently could be, visiting our planet, and regularly. The unfortunate part about the phenomenon is that the world rarely sees evidence for it presented in a credible way. Nearly all mainstream media outlets, news anchors, and journalists do more harm than good, discrediting a topic that has plenty of proof behind it. Either it’s not discussed at all, or it’s done through ridicule.

Yet the very first Director of the Central Intelligence Agency (CIA) flat out told the New York Times in 1960 that, “behind the scenes, high ranking Air Force officers are soberly concerned about UFOs, but through official secrecy and ridicule, many citizens are led to believe the unknown flying objects are nonsense.” I’m led to wonder whether the connections we’ve written about in the past between the CIA and the media included official disinformation campaigns pertaining to the UFO/ extraterrestrial subject, and if so, whether that’s still happening today.

Today, there are hundreds of people and documents that have shown, beyond a doubt, that UFOs exist, and that some of them could be extraterrestrial, and others, our own advanced technology. The documents show objects travelling at unattainable speeds, and performing maneuvers that no known aircraft can perform.

As far as people, we have high ranking military personnel, politicians, astronauts, and academics from different fields flat out telling us that we are not alone, and that this is known at the highest levels of government, or those who puppet the government. Whether it be a former Chairman of the Royal Navy telling us that “there is a serious possibility that we are being visited, and have been visited by people from outer space,” a former Chairman of the Senate Intelligence Committee telling us that “I do know that whatever the Air Force has on the subject is going to remain highly classified,” or an Apollo 14 astronaut saying that “there have been crashed craft, and bodies recovered,” we have no shortage of high ranking insiders attesting to the reality of this phenomenon.

For decades, as General Carlos Cavero told the world in 1979, “everything” has been “in a process of investigation both in the United States and in Spain, as well as the rest of the world.” On a global scale, “the nations of the world are currently working together in the investigation of the UFO phenomenon” and there is “an international exchange of data.”

This is why so many academics, like Harvard professor and Pulitzer prize winner John E. Mack, believe that “it’s both literally, physically happening to a degree; and it’s also some kind of psychological, spiritual experience occurring and originating perhaps in another dimension.” Perhaps his most astonishing investigation came from more than 60 schoolchildren in the town of Ruwa, Zimbabwe. Former Canadian Defense Minister Paul Hellyer also went on record stating that “visitors from other planets” came here decades ago.

This all raises so many questions in so many branches of human knowledge. Take physics, for example. Jack Kasher, Ph.D, a professor emeritus of physics at the University of Nebraska, points out that “there is another way, whether it’s wormholes or warping space, there’s got to be a way to generate energy so that you can pull it out of the vacuum, and the fact that they’re here shows us that they found a way.”

So, as you can see, if you’re a believer in the extraterrestrial hypothesis for a possible explanation for the already verified UFO phenomenon, you’re not alone, and you are in good company.

“Intelligent beings from other star systems have been and are visiting our planet Earth. They are variously referred to as Visitors, Others, Star People, ETs, etc. . . . They are visiting Earth NOW; this is not a matter of conjecture or wistful thinking.” – Theodore C. Loder III, Phd, Professor Emeritus of Earth Sciences, University of New Hampshire

Goodall, an accomplished speaker who specialized in the history, development, and operations of the world’s only Mach 3 capable, manned air breathing aircraft, who also wrote for for publications such as Jane’s Defense Weekly, Aviation Week & Space Technology, and Intervavia, interviewed many people from the classified black budget world. He did all of this while being the Associate Curator at the Pacific Aviation Museum.

According to him, and the people he has spoken to, “we have things out there that are literally out of this world, better than Star Trek or what you see in the movies.” He also claims to have known Ben Rich — the second director of Lockheed Skunkworks — very well. In a video interview, Goodall stated that he spoke to Rich approximately 10 days before he died: “About ten days before he died, I was speaking to Ben on the telephone at USC medical center in LA. And he said, ‘Jim, we have things out in the desert that are fifty years beyond what you can comprehend. They have about forty five hundred people at Lockheed Skunkworks. What have they been doing for the last twenty years? They’re building something.’”

Another source for Ben Richs’ comments come from Jan Harzan, a senior executive with IBM, along with Tom Keller, an aerospace engineer who has worked as a computer systems analyst for NASA’s Jet Propulsion Laboratory. They discuss a talk Ben gave some time ago. On March 23, 1993, at a UCLA School of Engineering talk where he was presenting a general history of Sunk Works, he said: “We now know how to travel to the stars. There is an error in the equations, and we have figured it out, and now know how to travel to the stars and it won’t take a lifetime to do it. It is time to end all the secrecy on this, as it no longer poses a national security threat, and make the technology available for use in the private sector. There are many in the intelligence community who would like to see this stay in the black and not see the light of day. We now have the technology to take ET home.”

There are multiple sources for statements coming from Ben Rich, but I’ll stop there.

This brings us to the next point, the alien reproduction vehicle. This concept was introduced by Mark McCandlish, an internationally-recognized artist who has specialized in aviation and conceptual art within the defense and aerospace industries for three decades. His father was a 25-year veteran of the U.S. Air Force, which is where he developed his love for the subject. He has gone on record stating his belief that carefully protected technology has been co-opted by an as-yet-unknown group, and the sequestration of this technology has provided this organization a great deal of leverage in global politics, finance, and international conflicts over the past five decades.