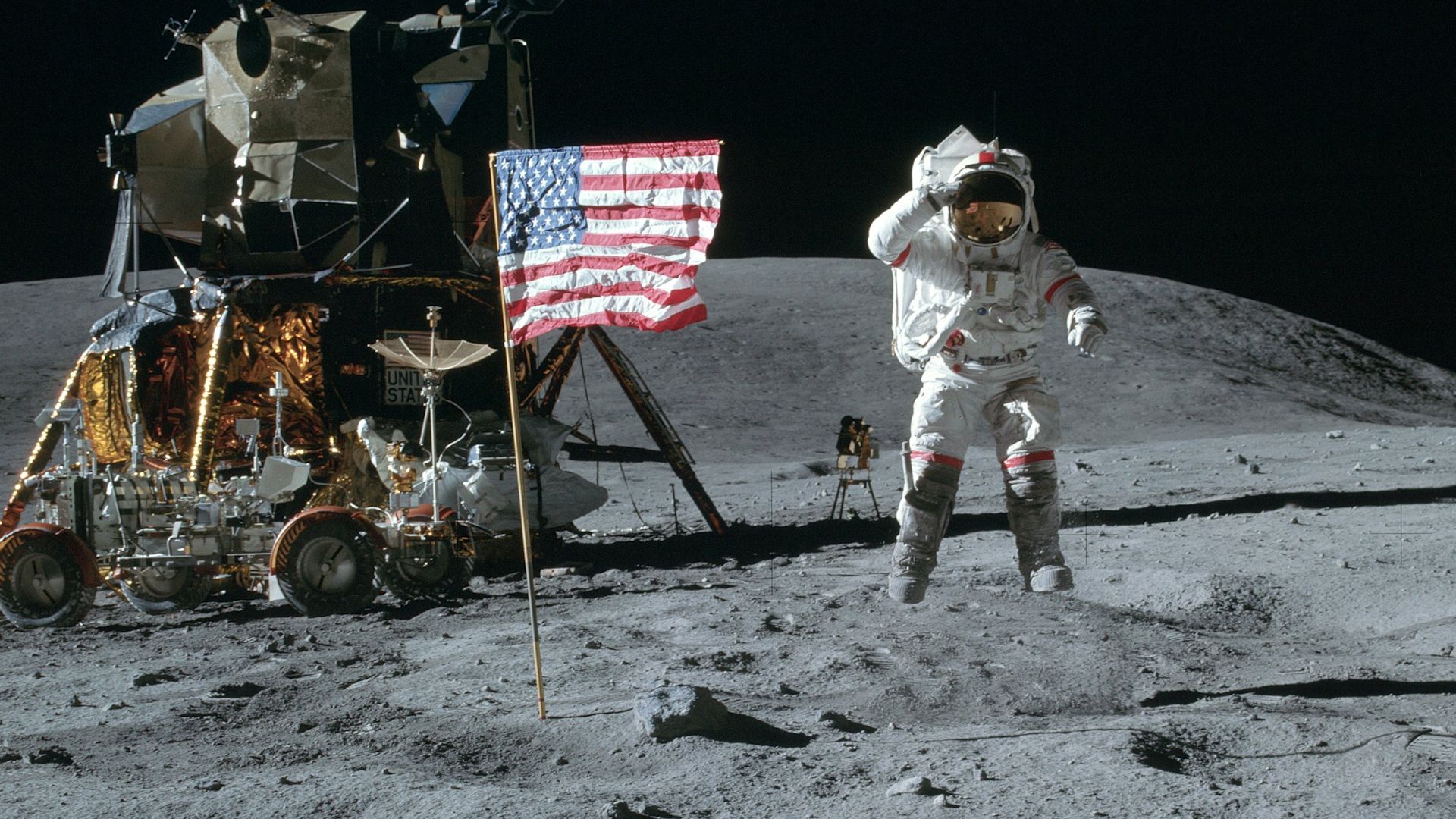 • Half-a-century after the Apollo 11 astronauts were televised landing on the Moon, one-in-10 Americans believe that NASA faked the whole thing, according to a new poll by SatelliteInternet.com. The number of people who doubt the Moon landing has risen over the last 20 years. A 1999 Gallup poll found that only six percent of Americans doubted the official NASA story.

• Young people, known as ‘Millennials’, make up 18% of these “truthers” who doubt the official NASA version of the mission. Rebecca Lee Armstrong, of SatelliteInternet.com, said, “[M]ore Moon landing conspiracists pop up with every new generation.” She added, “Millennials and Gen Z’ers between the ages of 18 and 34 are six times more likely to believe that NASA pulled the biggest con of the twentieth century than people who were actually around for the first Moon landing are.” 35 to 54 year old’s account for 8%, and Americans over 54 account for 3% who doubt the government. Those who witnessed the Moon landing live on television in 1969 were least likely to question the event.

• About 75% of Moon landing conspiracists also believe that aliens have visited our planet.

• Of those denying that the Moon landing ever happened, 41% think the US flag “waving” on the Moon was a dead giveaway. 53% of Moon landing deniers believe that the actual Moon landing occurred later than 1969. And 98% fear the government spies on its citizens through technology. 51% are also convinced NASA never landed a robotic rover on Mars.

• In response to these naysayers, NASA’s reply was, “Yes, we did.”

• [Editor’s Note]   Since NASA is famous for ‘Never A Straight Answer’, it is no wonder that so many Americans harbor doubts about the 1969 Moon landing, especially the younger ones who have not spent a lifetime being indoctrinated by Deep State disinformation. NASA and the Deep State have always denied the truth of the mission.  The truth is that several large and menacing alien spacecraft directly oversaw the entire event, in plain view, as Neil Armstrong and Buzz Aldrin landed their Lunar Module on the Moon and took a “giant leap for mankind”. On a secure NASA medical radio frequency, Armstrong relayed to mission control the presence of ‘Santa Clause’, code for alien craft. Anticipating this, NASA had “B” roll film footage of fake Moon scenes created by Stanley Kubrick using the sets from his movie “2001: A Space Odyssey”, although they never resorted to using this film footage during the televised event. They were able to edit the footage to hide the alien presence. The aliens did not want them to return. This is the reason why NASA never embarked on any new missions to the Moon after the Apollo missions were completed. Astronauts Neil Armstrong and Buzz Aldrin were sworn to secrecy under the threat of harm to the men and their families. Armstrong lived a reclusive life, rarely giving interviews and only confirming the presence of alien craft to close family and friends. Aldrin has been more outspoken, although cryptic in his public statements, especially in recent years.

NASA landed the first man on the Moon 50 years ago this month on July 20, 1969. The Apollo 11 mission saw astronauts Neil Armstrong, Buzz Aldrin and Michael Collins fly to the Moon and back. But half-a-century later, conspiracists still doubt NASA with one-in-10 Americans accusing the space agency of faking the Moon landing. A new poll conducted ahead of the 50th Apollo 11 anniversary has found the highest number of these so-called truthers fall within the millennial age bracket.

According to the survey by SatelliteInternet.com, the number of people who doubt the Moon landing has risen in the last 20 years.

In 1999, a Gallup poll found only six percent of Americans doubted the official NASA story.

The most recent survey, however, has found 10 percent of Americans do not believe the Moon landing was real.

Rebecca Lee Armstrong, of SatelliteInternet.com, said in a report: “Survey results showed that more Moon landing conspiracists pop up with every new generation.

“Millennials and Gen Zers between the ages of 18 and 34 are six times more likely to believe that NASA pulled the biggest con of the twentieth century than people who were actually around for the first Moon landing are.

“Younger participants were also more likely to identify as flat-Earthers, but that’s more of a global problem.”
Those aged 35 to 54 only account for about eight percent of Moon landing deniers.

Another three percent of those who deny the Moon landing are aged 54 or older.

According to the survey, those who witnessed the Moon landing unfold live on television were least likely to question the event.