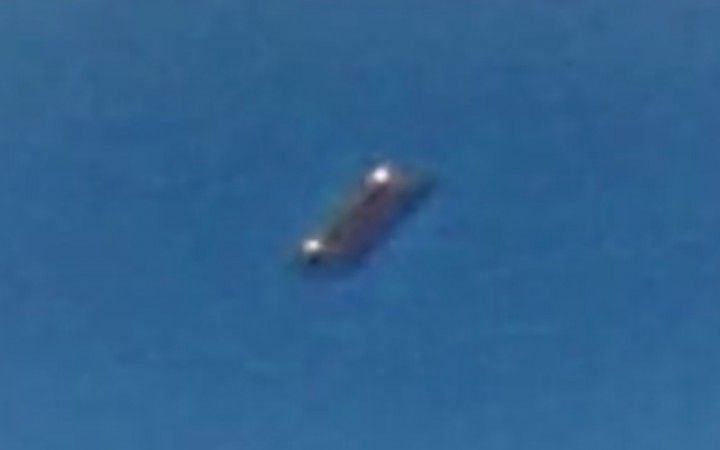 • A Hawaiian driver noticed a rectangular UFO in the sky  over Maui, and captured it on video. When zoomed in, the lights and metallic body of the UFO can be seen.

• “The object was in only one frame, nothing before or after. Unknown altitude, but as you can see it was above the cloud line,” said the man who took the video.

A mysterious video uploaded on YouTube by popular conspiracy theory channel ‘UFO Mania’ is now the hottest debating point among alien enthusiasts. Originally shot by a car driver from Hawaii, the rectangular UFO appeared in one among the many random clicks taken by the witness. Upon closer analysis, we can also see lights in the seemingly metallic body of the UFO.

“The object was in only one frame, nothing before or after. unknown altitude but as you can see it was above the cloud line,” said the man who captured the video.

After watching the video, viewers of UFO Mania also shared their thoughts to explain this bizarre sighting.

“Awesome picture!! By the dimension’s I would say it was alien!! Doesn’t look like it would be practical for humans by the size of it,” commented Curtis Hill, a YouTube user.

“My guess is it either cloaked out or performed a dimensional jump. These crafts are being seen more often now, it’s like they’re not worried about hiding, I believe something major may happen soon,” commented John Nightshade, another YouTuber.