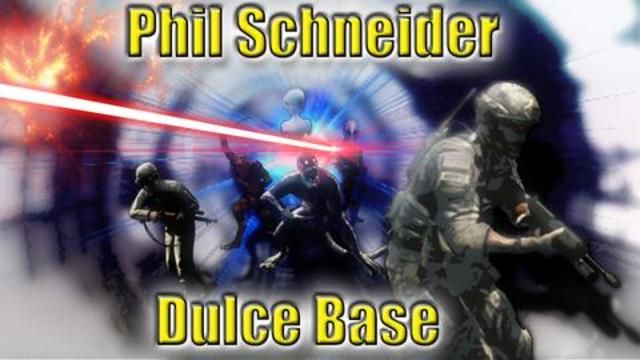 • According to Phil Schneider, a civil engineer who worked on secret military projects deep underground in Dulce, New Mexico, as many as 60 soldiers and civilian scientists were killed as extra-terrestrial Greys, armed with Plasma Guns, went toe-to-toe with US Delta Forces in the so-called Dulce Battle. Schneider revealed that the American military was working with an alien race of Greys building joint subterranean bases.

• Anthony Sanchez, author of the UFO Highway and the founder of Umbra Research explains, “In 1979 [Schneider] says when they sunk a shaft during some mining exploration to see if they could build a similar subterranean base they discovered a very old cavern system where Greys extra-terrestrials had a base.” Schneider was confronted by the Greys and was forced to draw his sidearm and fire. Schneider reportedly killed two Grey aliens before being hit with some kind of plasma weapon… which sheared off a portion of his hand.” Schneider escaped and the military immediately called in US Navy Seals and Army Delta Forces who went down there and engaged in a fire-fight with these tall Greys.

• In 1996, Schneider was found strangled to death in his apartment. It was officially labeled as a suicide.

As many as 60 soldiers and civillians were killed as extra-terrestrial GREYS, armed with PLASMA GUNS went toe-to-toe with US Delta Forces in the so-called Dulce Battle.

The jaw-dropping revelations were made by a civil engineer called Phil Schneider who worked on secret military projects deep underground in Dulce, New Mexico.

Mr Schneider, whose dad Philip was involved with the development of the early atomic bomb, said he was made to sign official secrets documents but later went on to reveal the American military was working with an alien race of Greys building joint subterranean bases.

Grey aliens, also referred to as Zeta Reticulans, Roswell Greys, Greys, or Grays, have become the accepted face of aliens on Earth – almost half of all alien sighting claims in the USA refer to this type of grey alien.

The Alien Grey is also linked directly to the Roswell Incident in which a UFO containing live aliens was allegedly seized by the military at Roswell, which is also in New Mexico.

But Mr Schneider’s story took a jaw-dropping turn when he described one occasion when things turned nasty and resulted in what has become known in UFO circles as The Dulce Battle.