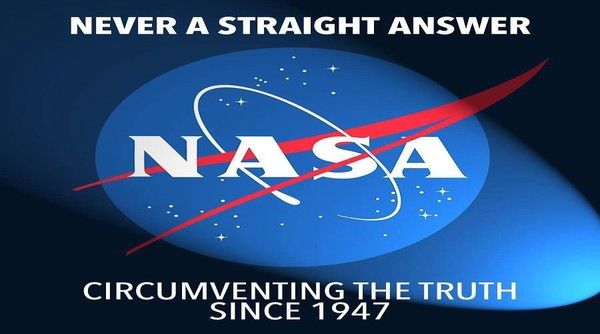 • For decades, there has been an official government campaign of ridicule and secrecy when it came to extraterrestrial UFOs. The idea that UFOs could be real and coming from another civilization was considered a crazy “conspiracy theory.” Now, suddenly, mainstream media outlets like the New York Times and CNN are covering the topic in a credible way. Multiple military agencies from around the world, including the US Navy and the Pentagon, admit that mysterious flying objects performing maneuvers that no known aircraft is capable of, are real and that UFO study programs exist within government. They have radar tracking data, pictures, and photos – some of which has been released to the public.

• So why suddenly legitimize a subject that was ridiculed for so many years? What is the government authorities’ true agenda? People have lost trust in the mainstream media. It is apparent that they only treat the subject seriously when there is a threat narrative associated with it. Whenever it is suggested that the ETs may be here for peaceful and benevolent purposes, the story receives the traditional media ridicule.

• Government agencies have spent a lot of effort suppressing photographic evidence of UFOs. Still, officially released pictures of UFOs are abundant and available within the public domain. (see photos below)

• Robert “Bob” Dean, who passed away a few years ago, was a retired US Army Command Sergeant Major who serve for 28 years. In his lectures, spoke of NASA photographic film that the “so-called authorities determined that you did not have a right to see”. Dean claimed that NASA actually erased 40 rolls of film from the Apollo Program – the flight to the Moon, the flight round the Moon, the Moon landings and Moon walks. “Now we’re talking about several thousand individual frames that were taken… (because) they were ‘disruptive,’ ‘socially unacceptable’, ‘politically unacceptable.” Dean’s claims about NASA erasing photos has basically been confirmed by many others, including Dr. Norman Bergrun who worked for Ames Research Laboratory, NACA (National Advisory Committee for Aeronautics) and Lockheed Martin.

• Many Apollo astronauts, such as Apollo 14’s Dr. Edgar Mitchell, have been outspoken about their experiences and knowledge about the UFO phenomenon. But it is the Apollo astronauts who dutifully deny these claims that seem to get the most attention within the mainstream media.

• The implications of UFO/extraterrestrial contact is huge. Governments full disclosure of UFO/ET evidence – without a hidden agenda – would be a major paradigm shifter. This would have the potential to expand human consciousness to another level, leaving no aspect of humanity untouched.

experiences with sightings, I came to realize these objects were indeed real a long time ago. For decades there seems to have been an “official campaign of ridicule and secrecy” (Roscoe Hillenkoetter Ex CIA director), and this was quite evident amongst family, friends and the general population. The idea that these objects could be real and may be from other civilizations not originating on our planet was considered a crazy “conspiracy theory.”

Fast forward to today and we now have mainstream media outlets covering the topic in a credible way, most notably as of late the New York Times and CNN. We have multiple military agencies from around the world, like the U.S. Navy for example and the Pentagon admitting that these objects are real and that programs exist within government, and have existed within government to study them. They’ve relayed to the masses that these objects are real and perform maneuvers that no known aircraft are capable of, some of them defy our understanding of physics and

aerodynamics. They’ve told the public that they have radar tracking data, pictures, and photos, some of which have been released and are accessible to the public.

But why legitimize a subject that was ridiculed for so many years? Why all of a sudden? It’s no secret that a lot of people have lost trust in the mainstream media. A constant theme when the UFO phenomenon does seem to be covered in a legitimate form is a threat narrative, this is suspicious to UFO researchers like myself given the fact that the majority of these objects and sightings that have been documented over decades don’t seem to present any behaviour that indicates a threat. Curious, intrusive, perhaps, but no threat. When a story from a credible source emerges mentioning some kind of benevolent possibility, the story seems to be heavily ridiculed by mainstream media. Obviously there are a lot of questions that remain unanswered and as of now we can only speculate.

Officially released pictures of UFOs are abundant and available within the public domain. Here, for example, is a photo taken by two Royal Canadian Air Force pilots on August 27th, 1946, in Fort MacLeod, Alberta, Canada.

nonetheless that are always interesting to look at and speculate, like the ones shown in the lecture below by Robert (Bob) Dean. Dean passed away a few years ago. He was a retired US Army Command Sergeant Major (high rank) who serve for 28 years. According to him, as stated in his lecture:

“Ladies and gentlemen, my government, NASA, which many of us in the United States say stands for Never A Straight Answer, proceeded to erase 40 rolls of film of the Apollo Program – the flight to the Moon, the flight round the Moon, the landings on the Moon, the walking guys here and here. They erased, for Christ’s sake, 40 rolls of film of those events. Now we’re talking about several thousand individual frames that were taken that the so-called authorities determined that you did not have a right to see. Oh, they were ‘disruptive,’ socially unacceptable, ‘politically unacceptable.’ I’ve become furious. I’m a retired Command Sergeant Major. I was never famous for having a lot of patience.”