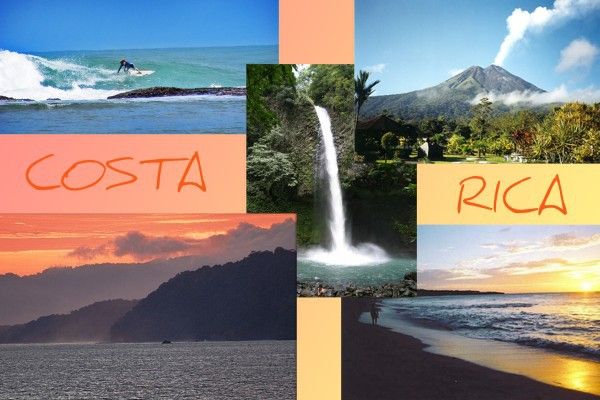 • Alejandro Sáenz and his wife, Cindy Picado, live near a mountain ridge in San Isidro de Heredia, Costa Rica (in Central America). From their home, they regularly see Unidentifed Flying Objects along the mountain ridge, which seem to follow a ‘flight plan’. They’ve recorded these UFOs (not necessarily of extraterrestrial origin) with many video and photographs, and have even created a website featuring these images. “We always get up at dawn to take pictures,” said Sáenz. (see 3:34 minute video below)

• “In pure observation, we have been able to determine that they use the peaks of the mountains as highways, they pass over the mountain ranges, these points serving as guides,” says Sáenz. “We have already seen them several times bordering the entire perimeter to reach a certain altitude, very close to the mountain, we calculate at about eighty meters.”

• Sáenz speculates that the UFOs use the volcanoes along the mountain ridge to refuel their spacecraft. “We do not know it with certainty because it is only a theory, but there are many possibilities that these flying objects follow previously traced routes and recharge energy on the road. The mountains, the volcanoes and the hills are known as energetic places, where it is assumed that their ships can be supplied with energy,” he said.

This is no joke. Unidentified flying objects (UFOs) – objetos voladores no identificados (ovnis) in Spanish – apparently have a flight route established in Costa Rica and use it often, this according to Alejandro Sáenz, an amateur ufologist who has often seen objects in the sky and his wife, Cindy Picado, who regularly observe and photograph the flying objects from their home located in San Isidro de Heredia.

Sáenz, an architect by profession, says he records his sightings in photos and videos of the peaks of some mountains used by the aliens ships as orientation guides, routes, which according to him, intensify in the month of September, the month with more sightings of the usual.

“They emerge from the Barva volcano, from there they head to the Zurquí, then to the Turrialba volcano and Irazú. Then they pass through La Carpintera and descend on Pico Blanco in Escazú and the wind turbines of Santa Ana,” Sáenz said.

The architect commented that he has pictures of UFOs in each of those places, taken with a Nikon Coolpix 900 camera with a 125x digital zoom. He explained that in his house he has a room with a balcony facing east, to be able to take the opportunity to be aware of the movements of the flying objects.

“From there we look towards the Turrialba and the Irazú volcanoes. We always get up at dawn to take pictures,” he said.

Another room in the house has a view to the south, so from there he locates the other sites he mentioned. He, along with his wife, Cindy Picado, have taken many pictures of UFOs and have a website where they usually share those images.

“In pure observation, we have been able to determine that they use the peaks of the mountains as highways, they pass over the mountain ranges, these points serving as guides. We have already seen them several times bordering the entire perimeter to reach a certain altitude, very close to the mountain, we calculate at about eighty meters,” he explained.

UFO phenomenon investigator, Max Cordero, said that there is a high probability that what Saenz says is true.

3:34 minute video of UFO flying above the mountain ridge line in Costa Rica