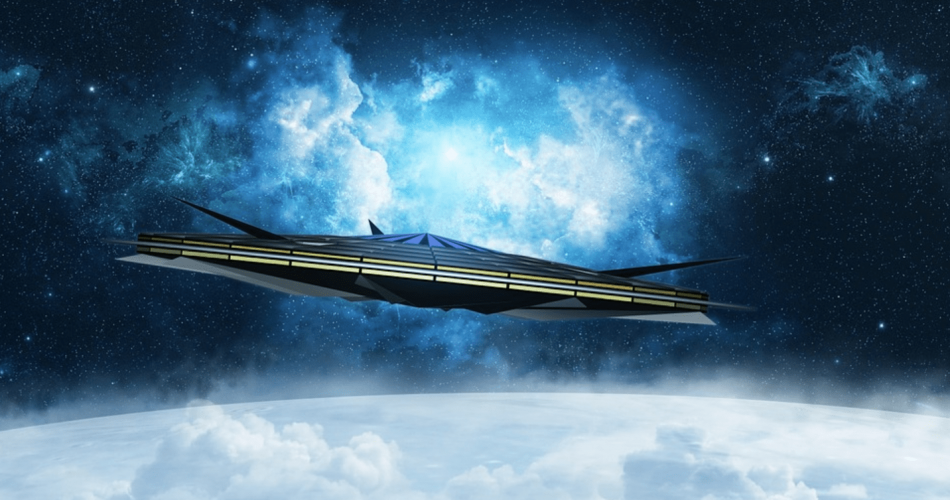 UFO Videos From the Pentagon in Quarantine, Chance or Opportunity?

• Cuban science fiction writer, Daína Chaviano, thinks that the UFO phenomenon is real. But he wonders why the Pentagon waited until now to declassify the Navy UFO videos that have already been on the internet for years. “How can they say now that they have declassified recordings that years ago were all over the internet and that have already been the subject of numerous (studies) by experts?” asks Chaviano. His Venezuelan colleague and fellow sci fi author, Ibrahim Buznego, believes that everything is part of a “preparation plan”.

• The US Department of Defense recently published video recordings of three UFO sightings by Navy pilots, one from 2004 and two from 2015, which had previously been leaked and circulating on the internet since 2007 and 2017. “I couldn’t help but be outraged,” Chaviano told Spanish news agency Efe. Why these three videos, when “there are many more videos of that kind(?)” There are many other UFO videos “taken by pilots from different countries and branches of the aviation industry” that have already been analyzed by organizations such as MUFON,” says Chaviano.

• Buznego is surprised that at a time when the daily lives of millions of people seem to be taken out of a science fiction book because of the coronavirus, it is the Pentagon that remembers the extraterrestrial phenomena. The US Air Force “has been preparing us for a long time” said Buznego, who, like Chaviano, is based out of Miami. “It comes like a drop by drop,” says Buznego. Why does the Pentagon “quarantine” UFO disclosure when it’s an ‘open secret’?

• At 13 years old, in the sky over his native Venezuela, Buznego “observed an immensely large light that was leaving a striking trail. This object was going through the mountain range along the horizon.” Buznego believes that everything that has now happened “is part of an extraterrestrial search program” that started when NASA sent a signal into space in the 1980s from Puerto Rico.

• Last March, Chaviano was the winner of the ‘Florida Books Awards’ for the best book in Spanish for his novel, The Children of the Hurricane Goddess. Chaviano is bothered by the bad intentions of those who try to discredit scholars of the UFO phenomenon. “The UFO phenomenon is a real fact,” says Chaviano. “Those of us who have seen it, filmed it or studied it know it with as much certainty as the governments themselves that try to hide it or silence (UFO disclosure).”

• “The fact that there are idiots who have ‘tricked’ (ie: faked) videos does not detract from all that material recorded by the thermal and infrared cameras of military or civil aircraft and helicopters. I have spoken with military pilots who have seen (UFOs) and who have told me, ‘I don’t know what they are, but they are not ours’,” meaning the entire human species, says Chaviano.

• Last September, Buznego joined a Facebook group that organized an “invasion” of the US Air Force base in Nevada known as Area 51. He was one of the around one hundred people who attended the event to find that there were “soldiers outside who prevented us from entering.”

• Buznego’s fictional novel, SERES, part of a trilogy, begins at the end of the Second World War with “Operation Paperclip”, the mission to bring Nazi German scientists into the United States after the war. The plot then travels to 2019 when a pair of scientists move to Ohio to work in an ultra-secret laboratory that studies extraterrestrial activity. Buznego says that the novel is 40% true, featuring documentary research on the Nazca Lines in Peru and the pyramids of Egypt and Chichén Itzá, in Mexico.

Cuban science fiction writer Daína Chaviano affirms that “the phenomenon UFO it’s a real event ”, but he is surprised that the Pentagon has declassified in the mid-forties of COVID-19 Videos that have been on the internet for years, while his young Venezuelan colleague Ibrahim Buznego believes that everything is part of a

“When I saw the headlines about the alleged declassification of those videos by the Pentagon, I couldn’t help but be outraged,” Chaviano tells Efe.

“How can they say now that they have declassified recordings that years ago were all over the internet and that have already been the subject of numerous analyzes (even on TV programs) by experts?” Asked the writer, a reference in science fiction in Spanish.

The US Department of Defense It published last Monday the recordings of three sightings of unidentified flying objects by Air Force pilots, one from 2004 and two from 2015, which had previously been leaked and had been circulating on the network since 2007 and 2017.

Author of the novels “The man, the female and the hunger” (Azorin Prize 1998) and “The island of infinite loves”, among other works, Chaviano affirms that there are many more videos of that kind.

They have been “taken by pilots from different countries and branches of the aviation industry” and have already been analyzed by organizations such as MUFON (Mutual UFO Network), the most respected NGO in the investigation of UFO activity, with 30,000 cases under their belt.

"The Children of the Hurricane Goddess", Cuba, Daína Chaviano, Ibrahim Buznego, MUFON, US Air Force, US Department of Defense, Venezuela