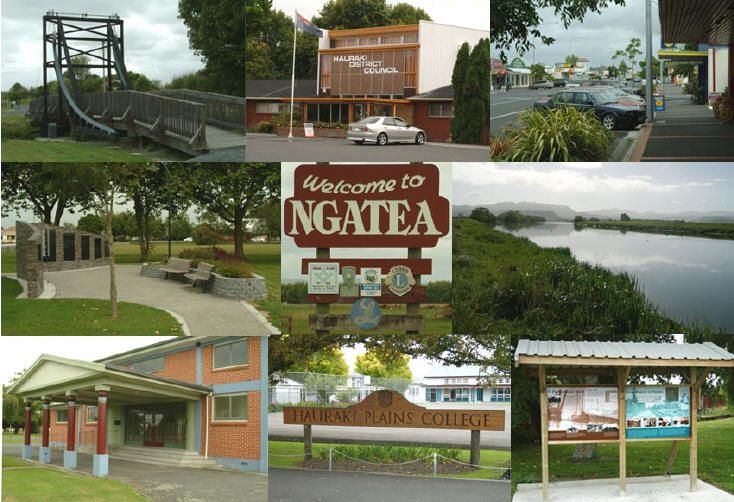 The Curious Case of Crop Circles in Ngatea NZ

• On September 4, 1969, Bert O’Neill was walking on his farm near Ngatea, New Zealand (in the north just southeast of Auckland) and noticed that his normally green Manuka trees appeared to be silvery in color on the tips. O’Neill came to a formation of trees that were completely dead and bleached with a silvery color. They formed a perfectly round circular patch 142 centimeters in circumference. In the center of the circle were three very clear and deep V-shaped impressions in the ground, evenly spaced, giving the appearance that some object with three long tripod legs came down and landed there, apparently with such great force that it cut deep down to the roots of the trees.

• At 7.30pm on that same day, two Straits Air Freight Express pilots reported an unidentified flying object in the form of a fluorescent blue pulsating light out of the pilots’ side window.

• Several nights later, O’Neill told some friend about the strange occurrence. They told him that there had been a UFO sighting a few nights earlier in Wellington, further south, and wondered if the two events could be linked. Was it a spacecraft that landed on O’Neill’s farm? Was the damage and silver sheen on the trees caused by the spacecraft blasting off again?

• One of O’Neill’s friends phoned Harvey Cooke, president of the Tauranga Science Space Research Group, who traveled immediately to the farm. Cooke told New Zealand Geographic in 1997 that the circle had not been made by humans. The three equally spaced depressions into the Manuka formed an equilateral triangle, and was the result of an estimated 20 tons of pressure. Cooke also noted that “the toes had been moved out from the pad after the object had landed. The ground had been pushed away and the flat end cut through the roots of the Manuka.”

• The story made front page news around the country. The reporter for the Thames Star, Kingsley Field, said, “The thing I do recall quite clearly was the three triangular footmarks. They would have been the size of, say, bread-and-butter plates, and were embedded quite deeply in the ground, sort of sloping. Each of them had a cross in the center and a hole in the middle … Many believed the triangular grooves were caused by a UFO or some kind of spacecraft blasting off. There were a lot of sceptics too, but really nobody had any logical explanation.”

• Before long, reporters, UFO enthusiasts and picnicking families began to arrive in droves to see the phenomenon. For researchers like Harvey Cooke it was extremely frustrating to have thousands of people traipsing over the farm, disturbing potentially vital evidence which could prove the existence of life in outer space.

• Guy Speedy who lived near the O’Neill farm said, “The circles had a huge impact on Ngatea. The population swelled as soon as the papers wrote about it. Cars were clogging up the roads and hundreds of people just trod all over poor Bert’s farm, so he couldn’t get any work done. He would’ve made a hell of a lot of money by charging at the gate. I think it didn’t take long before he grew sick of the whole thing, the attention, and it just went on for months.”

• Cooke collected soil and vegetation samples and consulted members of the University of Auckland’s UFO research group and the New Zealand Scientific Space Research Group. Horticulturist John Stuart-Menzies, who initially suspected the cause was spray damage, changed his mind and said he couldn’t determine what had caused the dead foliage. A Geiger counter showed signs of shortwave radiation, which grew stronger in the thicker parts of the timber. New Zealand’s Department of Scientific and Industrial Research, however, wanted no part of it.

• Stuart-Menzies carried out his own tests on the foliage samples. On October 6, 1969, he released his findings: “Some kind of short-wave high-frequency radiation has cooked the material from the inside outwards. The effects appear to have been instantaneous. The energy received has reduced the pith to black carbon without the outsides showing any signs of burning.” “I know of no earthly source of energy which could have produced these effects. A meteorite or lightning couldn’t do this, and it has been too sudden for combustion. Some outside object appears to have landed on the spot, and in taking off emitted the energy which cooked the plants.”

• Stuart-Menzies’ conclusion caused a media frenzy. The people wanted to know why the government’s Department of Scientific and Industrial Research wasn’t officially investigating the incident, but the department refused to comment.

• Shortly thereafter, cattle on a farm in Puketutu, just southwest of Ngatea, were spooked at their drinking pond. Reeds on an island in the middle of the pond had been flattened into a circular shape about 25 meters across. The reeds appeared to have been burned, pressed down and spread outwards in a spiral pattern, and there were tripod marks in the middle of the circle.

• A family near Dargaville, further south still, reported seeing what they thought was a low-flying aeroplane on fire, like a torpedo with flames shooting from the back, for a few minutes one night. The following day, four circles measuring a bit over five meters in diameter were found on a hill on a nearby farm.

• Finally, a month after the initial discovery of the Ngatea circle, the Department of Scientific and Industrial Research sent scientists to take and analyze samples from the site. But the place had been ransacked by sightseers and souvenir collectors. So they relied on the material collected by Harvey Cooke. The resulting official government report claimed that the samples were consistent with death from a saprophytic fungus attack. There was no mention of the triangular grooves. The government scientists refused to provide any further explanation. Locals were angered because they knew that this fungus attacked dead trees but didn’t cause the trees’ death.

• Ngatea resident Peter Thompson was 10 years old at the time. He recalls that there were those who were absolutely certain that it was a UFO encounter. That year, in 1969, almost every float in the annual Santa parade was a UFO or had some kind of space theme. For the rest of his life, Harvey Cooke remained adamant that the Ngatea Circle was caused by visiting extraterrestrials.

At 7.30pm on September 4, 1969, two Straits Air Freight Express pilots reported an unidentified flying object in the form of a fluorescent blue pulsating light out the pilot’s side window. Earlier that day, farmer Bert O’Neill had taken a walk around his farm near Ngatea (New Zealand) near Thames. He’d noticed that some of his normally green manuka trees appeared to be silvery in colour on the tips. He thought it was a bit odd, so decided to investigate. He couldn’t quite believe what he found.

O’Neill came to a formation of trees that were completely dead and had been bleached a silvery colour. They formed a circular patch, perfectly round, measuring 142 centimetres in circumference.

Within the centre of the circle were three very clear and deep V-shaped impressions in the ground. They were evenly spaced, giving the appearance of some object with three long tripod legs coming down and landing with great force. The marks were pushed into the earth with so much force that it had cut deep down to the roots of the trees.

O’Neill had never seen anything like it and could not fathom what the hell had caused it.

Several nights later, he had a group of friends over for dinner and he regaled them with tales of what he had seen. The group were stunned. Talk turned to the UFO sighting in Wellington a few nights earlier. One guest half-joked that both events might be linked, suggesting that the Martians had decided to pay us a visit. Had they landed their spacecraft at that spot on the farm? Had the craft’s legs caused the deep grooves in the earth? Was the damage caused by the spacecraft blasting off again?

The next day, one of the dinner guests phoned Harvey Cooke, president of the Tauranga Science Space Research Group, who travelled immediately to the farm.

In 1997, Cooke told New Zealand Geographic he was adamant that the circle had not been made by humans. He recalled how the three equally spaced depressions into the manuka formed an equilateral triangle, the result of an estimated 20 tonnes of pressure. He also noted that “the toes had been moved out from the pad after the object had landed. The ground had been pushed away and the flat end cut through the roots of the manuka.”

Cooke collected a number of samples and consulted members of the University of Auckland’s UFO research group and the New Zealand Scientific Space Research Group. The scientists made haste. The story had become front page news around the country. Initially, there was some suggestion that the damage had been caused by a neighbour’s weed killer. But they denied it, and a weed expert confirmed that even a high level of spraying would not cause the extent of damage seen in the paddock.

Kingsley Field, then a junior reporter for the Thames Star, reported the story. He says, “I headed out there and saw these peculiar circles. It was a strange looking formation and not easy explainable. I had absolutely no idea what caused it.