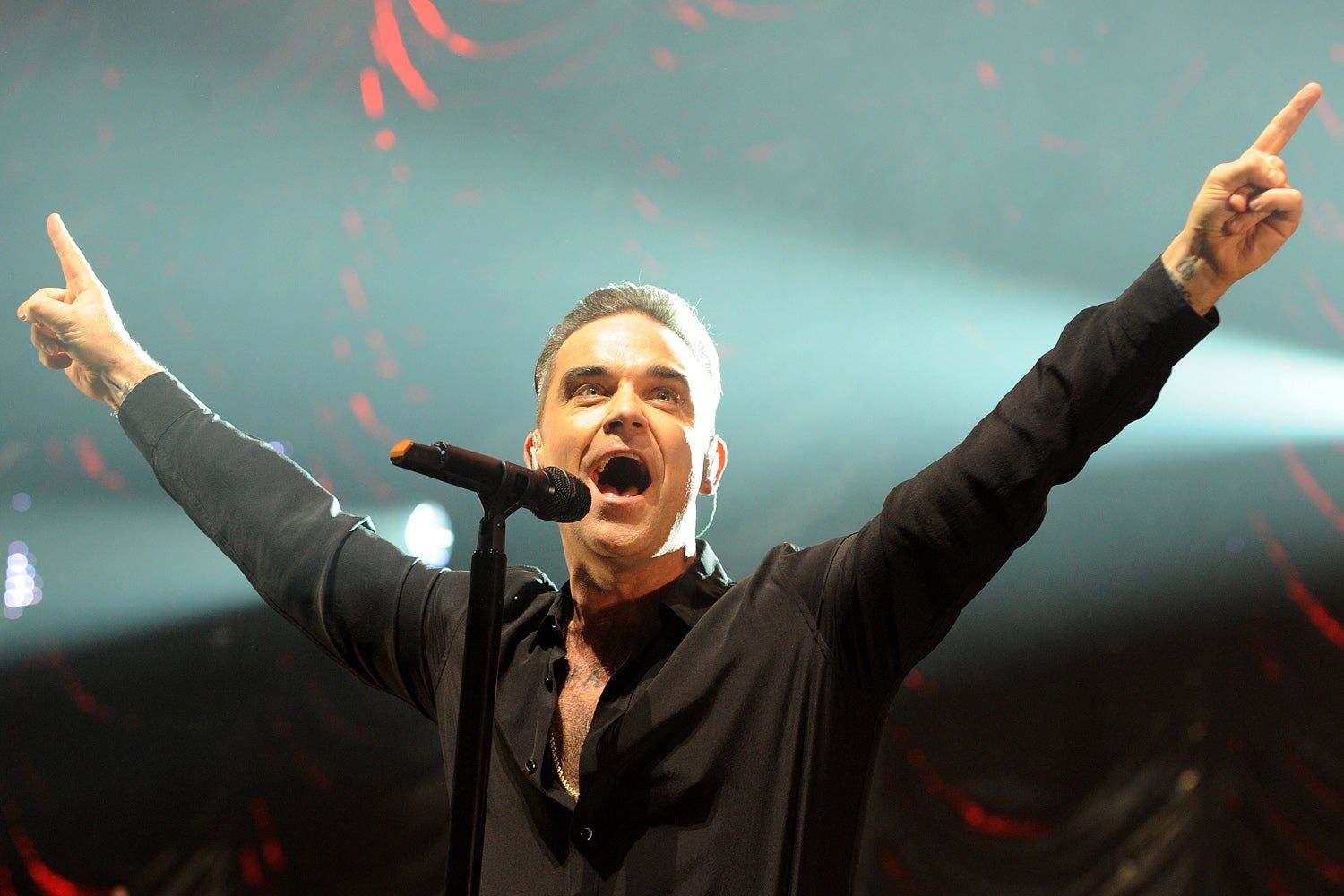 • British pop singer Robbie Williams (pictured above) is thrilled that his alien theories have been backed up, after Israel’s former space security chief, Professor Haim Eshed, said a “Galactic Federation” exists. Williams welcomed the “big news” that a few select Earthlings from Israel and the US are part of a top-secret organization with aliens. He describes Eshed as “a very learned gentleman who is respected very highly”.

• Eshed reportedly said Israeli and American representatives meet up with aliens at the Federation’s secret underground bunker on Mars. “I know when muggins says all these things about UFOs you go, ‘Oh yeah?’” says Williams. “But he’s top brass in the Israeli military. What about them cosmic apples?”  (see 58 second clip of Williams discussing his UFO encounter below)

• Eshed claimed US President Donald Trump was “on the verge” of revealing their existence, but did not want to cause “hysteria” among us humans. Robbie, of course, has been expecting them.

Robbie Williams is over the moon that his alien theories have been backed up, after Israel’s former space

The singer welcomed the “big news” from Professor Haim Eshed – who headed up Israel’s space program for almost 30 years – that a few select Earthlings from Israel and the US are part of a top-secret organisation with aliens.

“I know when muggins says all these things about UFOs you go, ‘Oh yeah?’” admits Robbie, who previously made a Radio 4 documentary about a UFO conference in Nevada.

“But he’s top brass in the Israeli military. What about them cosmic apples?”