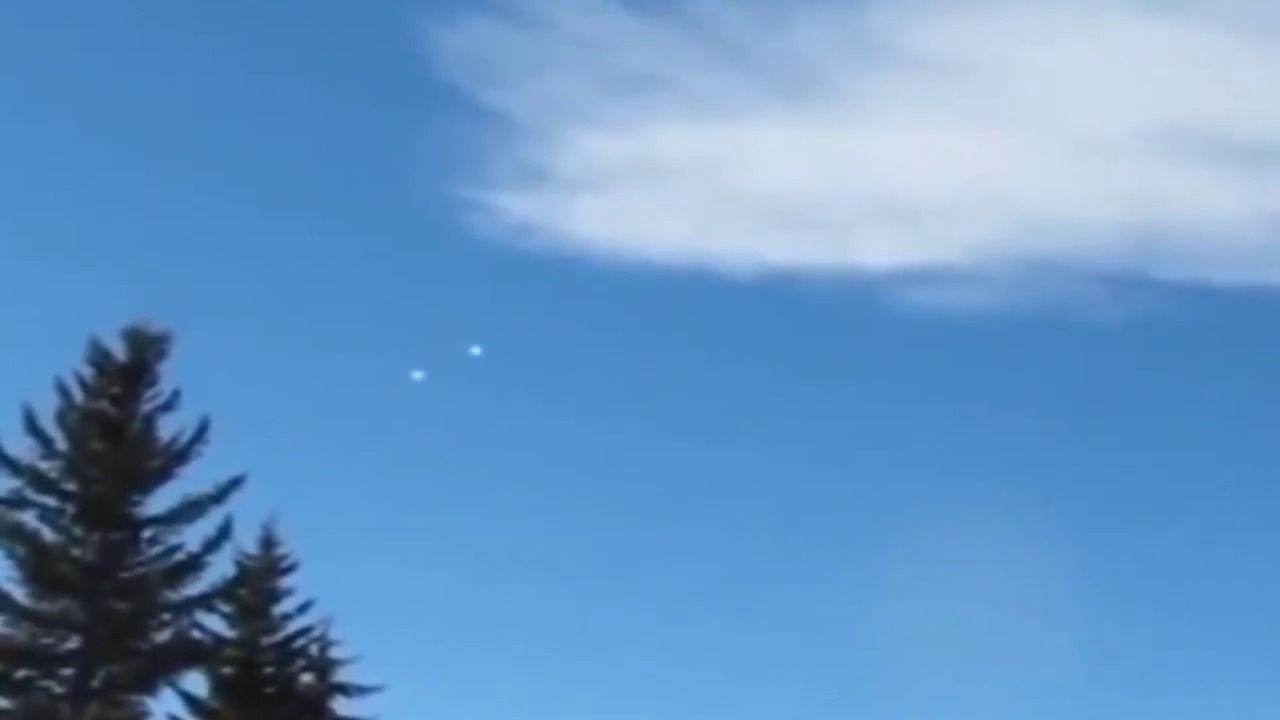 • The Hudson River Valley is a hotbed for sightings of triangular shaped craft. Witnesses in Orange County recently flooded MUFON with reports of an unknown object dumping what appeared to be “barrels” into the river.

• Scott C. Waring of the ET DATA BASE website believes that the video depicts “cloaked” UFOs that are mimicking the color of the clouds which normally they travel behind. Waring notes that the video footage is 56 seconds long. If it were a CGI fake, it would have to be only 10-15 seconds in length.

• The US Air Force Research Laboratory is located 30 minutes away in Rome, NY. The research lab was moved to Rome from Wright-Patterson Air Force Base as the center for advanced aerospace projects and experimental craft in conjunction with NASA, the Department of Energy National Laboratories and the Defense Advanced Research Projects Agency (DARPA).

A pair of brilliantly white UFO orbs were seen hovering over Clayville, New York in September. This is interesting because we reported on a sighting of what appeared to be Unidentified Aerial Phenomenon over the Hamptons last month.

There is a history of UFO activity in the Empire State particularly along the Hudson River Valley. Apparently, this area is a hotbed for sightings of triangular shaped craft with a report of a recent sighting via WPDH. Witnesses in Orange County flooded the local MUFON (Mutual UFO Network) office with reports of an unknown object dumping what appeared to be “barrels” into the river.

The orbs of Clayville were also reported to MUFON by observers and later publicized by Scott C. Waring who runs the site, ET DATA BASE. According to the Ufologist, he believes that the footage that was captured definitely depicts “cloaked” UFOs that are mimicking the color of the clouds which normally they travel behind. However, the pair that were captured on video are outside of that realm.