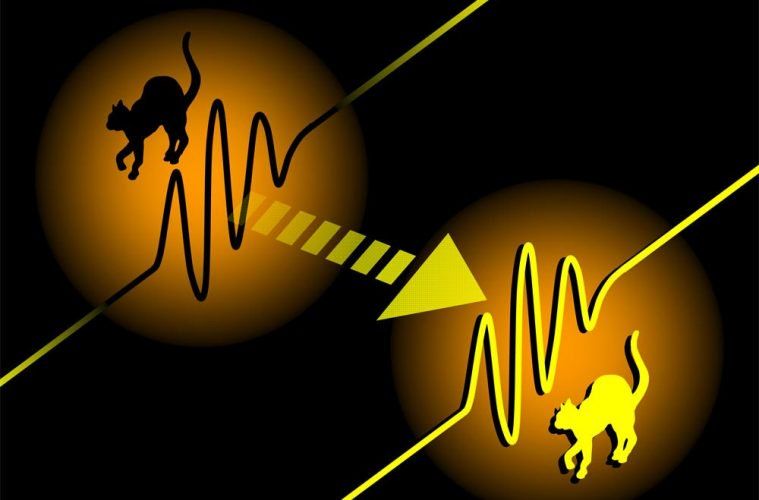 Scientists Witness, Photograph & Videotape the Teleportation of a Full Physical Object From One Location to Another

• A declassified U.S. Air Force document reports that Chinese scientists have conducted successful teleportation of small objects from one place to another using ‘gifted children’ through a function of paranormal ability.

• Other government documents reveal that for a very long time, thousands of scientists around the world have studied ‘specific people with very special (paranormal) abilities’ who are “somehow” able to move objects through a fourth spacial dimension.

• These studies are backed up by a 23-year long U.S. government research program known as Stargate.

• Because it contradicts modern laws of physics and long-held belief systems, while mainstream physicists grudgingly acknowledge the quantum teleportation of small particles of matter, they still refuse to apply the theories to larger physical objects.

• This sounds like another example of “limited disclosure”, in this case of the existence of teleportation, where the government will give provide only bits of information at a time to acclimate the scientific community and the public.

If you haven’t already heard, quantum teleportation has actually been achieved, and in fact, scientists from China recently set the record for the farthest quantum teleportation ever, when they beamed a photon in its quantum state into orbit. This brings several quantum mechanical concepts into the equation, including quantum entanglement.

When “teleportation” is referenced here, it’s also a verification that comes from recent studies which have confirmed entanglement to be real, something Einstein referred to as “spooky action at a distance.” “Action at a distance implies that a physical object can be moved by non-physical means, so not by touch or physical force, but other forces, including mental forces, as this article suggests. With entanglement, it means that either information is travelling faster than the speed of light, or better yet, instantaneously.

These findings contradict some laws that provide the foundation of modern physics, but the rate at which more is discovered is accelerating exponentially, and the foundations of what we call science needs a big time change. It’s happened before, and it is happening now.

“There is nothing new to be discovered in physics now. All that remains is more and more precise measurement.” This statement (worldview statement) was by Lord Kelvin in 1900, which was shattered only five years later when Einstein published his paper on special relativity. The new theories proposed by Einstein challenged the current (at that time) framework of understanding. This forced the scientific community to open up to an alternate view of the true nature of our reality.
Today, the same thing is needed, and the same thing is happening. Worldview paradigms are changing, yet old scientific dogma still sticks around and dominates.

Teleportation at our Level, Not Just The Quantum Level

It’s odd how subjects within the realm of parapsychology or “psi” have been and are still ridiculed, despite the fact that there have been and are studies at the highest levels of science. Even in several mainstream “peer-reviewed” scientific journals, studies examining remote viewing, clairvoyance, telepathy and more have all yielded statistically significant results that are on part with that of the “hard” sciences, which refers to engineering, physics, etc.

This is precisely why the American Institutes for Research concluded:
“The statistical results of the studies examined are far beyond what is expected by chance. Arguments that these results could be due to methodological flaws in the experiments are soundly refuted. Effects of similar magnitude to those found in government-sponsored research at SRI and SAIC have been replicated at a number of laboratories across the world. Such consistency cannot be readily explained by claims of flaws or fraud.”