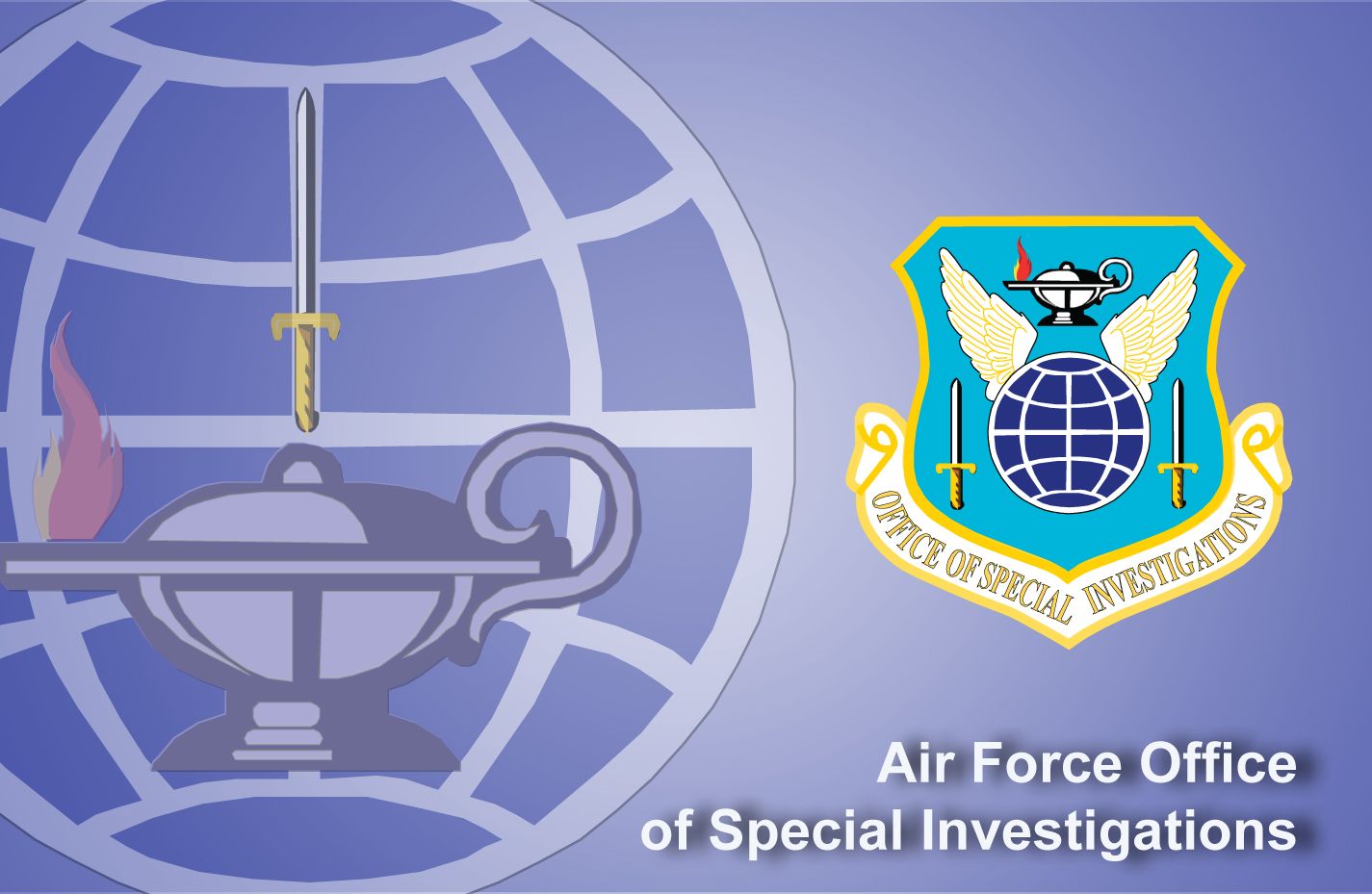 • For the first time, spokesperson for the Secretary of Defense’s office of public affairs, Susan Gough, revealed that the Air Force Office of Special Investigations conducted an investigation of the two Navy videos, “Go Fast,” and “Gimbal”, that were captured off of the East Coast by Navy cockpit video in 2015. These two videos were released by the New York Times in 2017 along with a third FLIR1 ‘Tic Tac’ video taken by Navy fliers off of the coast of San Diego in 2004. Tom Delonge’s ‘To the Stars Academy’ were instrumental in releasing these video. (see videos below)

• While the Air Force’s Special Investigations affirmed that the “Original Classification Authority” for the UFO videos was the U.S. Navy and that Navy retains custody of the source videos, the Air Force also confirmed that the videos were not classified.

• For many in the UFO community, this comes as especially significant considering the nefarious history of the Air Force’s Office of Special Investigations (AFOSI) when it comes to UFOs. Federal statute gives the AFOSI authority outside of the traditional military chain of command to conduct criminal investigative, counterintelligence, and protective service operations worldwide for the entire Department of Defense. Many consider the AF Special Investigators to be the original “Men in Black”.

• The AFOSI is notorious for seeding disinformation and denial of UFOs since the 1940’s. A 1997 CIA study (see here) detailed how in the 1950s and 1960s, the CIA and AFOSI promoted UFOs to cover up the then-classified U-2 and SR-71 Blackbird reconnaissance planes. The agencies claimed that half of the UFO sightings back then were of top secret military spy planes. “This led the Air Force to make misleading and deceptive statements to the public…”

• It was the Air Force that conducted the only official investigation into UFOs with Project Blue Book in the 1950s and 60s. One of the most famous examples of Air Force deception is former AFOSI agent Richard Doty who admitted to seeding a cornucopia of misinformation on UFOs in the 1980s in an attempt to safeguard classified UFO technology.

• For over a year, the DoD admitted to investigating UFOs under the Pentagon’s Advanced Aerospace Threat Identification Program (AATIP). Last September, the Pentagon announced that all UFO matters would now be handled by the Under Secretary of Defense for Public Affairs office. Enter Susan Gough who then changed the DoD’s position, saying that the AATIP was not related to UFOs after all, but rather it investigated advanced aerospace weapons systems and future technology projections of adversarial Earth-bound foreign nations, “… to create a center of expertise on advanced aerospace technologies”.

• [Editor’s Note]  It appears that the U.S. Air Force is still playing games, denying that the Pentagon’s Advanced Aerospace Threat Identification Program had anything to do with UFOs.  Now the Air Force has established a public relations office charged with disseminating more disinformation.

And by the way, if you read the entire article, Ebens are not the same as Greys. Ebens are a highly advanced species from the planet Serpo who retrieved one of their own from a UFO crash in the 1950’s, and then worked with government and military officials to organize a cultural exchange to send a dozen Americans to Serpo in the 1960’s, with most of them returning to Earth in the 1970’s. On the other hand, Greys are highly sophisticated android beings that typically make contact with Earthlings on behalf of their creators, the negative Arcturian Blonde Nordics that are allied with the Draco Reptilians. The two alien species look somewhat similar, but are distinctly different beings.

Since reports first surfaced in 2017 that the U.S. Navy had been encountering UFOs, the Air Force has been remarkably quiet when it comes to mysterious objects that may be flying around the skies.

Given the Air Force is America’s principal aerial and space warfare branch, and in the 1950s and 60s it conducted the

only official investigation into UFOs with Project Blue Book , many UFOlogists have found the Air Force’s recent aversion to discussing the topic to be particularly odd especially when considering that the Navy has been rather vocal on the issue.

Yet after months of deafening silence, in an official statement, the Pentagon suddenly throw the Air Force into the mix with recent UFO reports. More excitingly, it also mentioned one of the most notorious agencies in all of UFO lore.

Susan Gough, a spokesperson for the Secretary of Defense’s office of public affairs, said the Air Force’s Office of Special Investigations looked into the release of two videos originally filmed in 2015.

According to the DoD, the objects shown in these videos, originally released by Tom DeLonge’s To the Stars Academy, are considered “Unidentified Aerial Phenomena” or “UAP.”

“The two 2015 videos appeared in the New York Times in December 2017. At that time, AFOSI conducted an investigation, focusing on the classification of the information in the video,” said Gough.

Gough’s mention of the Air Force Office of Special Investigations looking into the popular “Go Fast,” and “Gimbal” videos is intriguing given it appears to be the first time the Pentagon has revealed the Air Force has indeed been involved in the Navy’s UFO encounters.

For many in the UFO community, this comes as especially significant and concerning news considering AFOSI has a long and nefarious history when it comes to UFOs, with many claiming AFOSI are the “real men in black.”